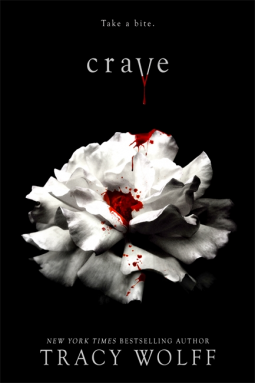 A book that reminded me a lot of Twilight, and I LOVE IT.

OK, I am still pretty OMG OMG and HYPE about this book and so I will try to word my feelings, but please bear with me as it may be super chaotic. 😛

Yes, it reminded me a lot of Twilight. We have the girl who appears from a warm state to a much colder one. She falls in love for the mysterious and much avoided guy who warns her to stay away. There is a love triangle, yes, despite all that happened and all that went on in the story I do think Flint had an eye for Grace. While she just thinks him as a friend. She is pretty oblivious to many things. Bumps into more things than is possible and people want her dead. The romance between hot mysterious dude and she transcends all things. Of course, there is plenty of other things that make it stand out from Twilight, but it was a a lot of Twilight and I LOVE IT.

I love the idea of a boarding school for monsters (for now vampires, witches, werewolves, and dragons) hidden in the middle of cold cold Alaska. I would definitely like to see some more special lessons (next to that Witchcraft history stuff).

People who know me know I DON’T like Instalove or love triangles. Yet, I wasn’t minding them this much in this one. No clue why.

Can I please just visit that library? Or have a librarian like that woman? I mean, come on, you visit and she knows what you may need! I love it!

I am still a bit unsure about how to feel about Grace. On the one hand she is a clear 16/17 year old. But on the other hand she came over as 21 or older. Those times when she was talking to Jaxon about his past, about her past, about hard things. It was just a bit off. I mean, if she was mature all the time, but mostly she is just very much a teenager who was swooning over a hot guy, trying to belong, try to think of what to wear, make stupid decisions, and more. Not to say that teenagers aren’t mature, but this just stood out like light and dark.

I do wish someone had just told Grace what was going on. I mean, hello, I get that the first days were a bit hectic, but come on, just tell her. Now she finds out in a way that had her fully stressed out, afraid, and worried. She had to rely on her peers to explain some things and sorry, that is just a big no no in my eyes. I do love how we as readers (not just because of the blurb btw) know something is up at the school immediately. I guess that while it was obvious for us, haha, it was totally not obvious for Grace. Though we did see her wonder about things and think something was up, but she just couldn’t figure out what. Haha.

The romance though was very swoony, well once Grace and Jaxon accepted that they both were in love and couldn’t escape. Haha. There are tons of sweet scenes.

Jaxon was at times a bit too much for me, just like how Edward just annoyed me at times. Too controlling, too much hot cold. But thankfully there were times when we saw another side of him, saw that he was totally different from the cold and harsh exterior. We learn why he puts up a wall.

The ending and all that was revealed there was just awesome and a bit scary! I was already totally into the book, but with all that happened in there, all the twists and turns, well I just couldn’t stop reading at all until I reached the ending. Until I knew all.

The last few pages, SHOCK! I had expected something was up with Grace (come on it was obvious) but that? I hadn’t expected that and I cannot wait to read the next book to find out what and how. I also love that we get the POV of Jaxon as finisher. Three chapters with him. Which weren’t that interesting to read at times especially when Grace appeared, I mean the dialogue was just word to word the same, but I did like seeing the thoughts of Jaxon on things.

I could probably talk about this book some more, but let’s keep it to this. I love it, and I cannot wait to buy the next book to read!