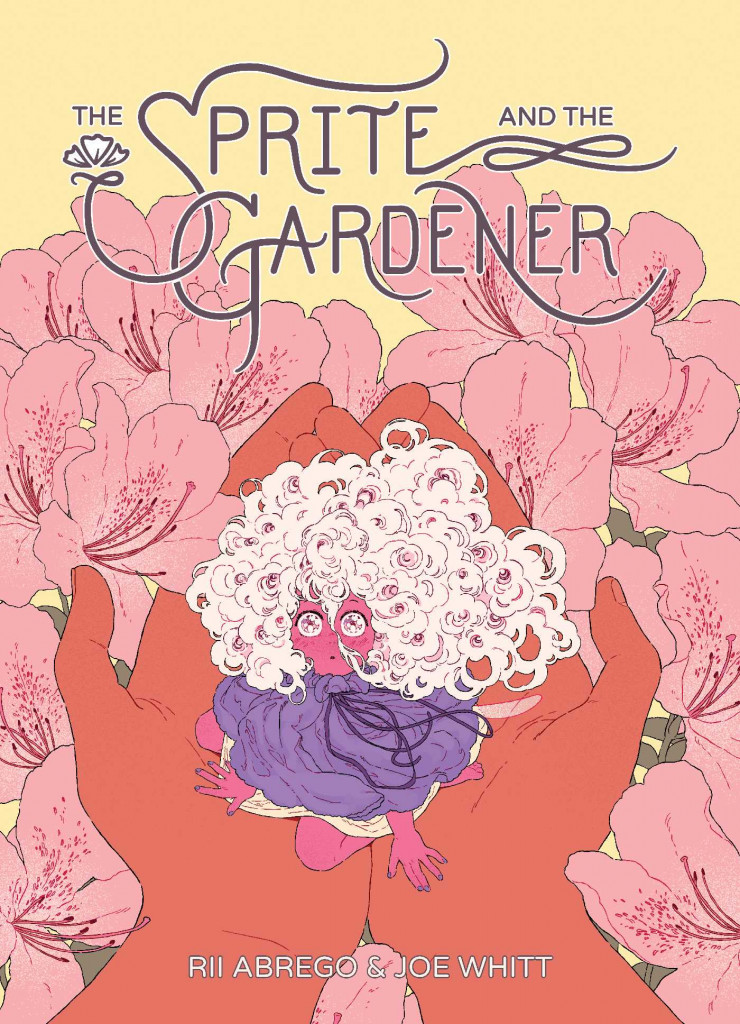 This was a gorgeously drawn graphic novel about gardening and magic. I mostly enjoyed it though I had some small things that niggled and so I couldn’t give it 5 stars. Let’s begin with the good.

I loved that Elena had big dreams of restoring her mom’s garden. Though I do wonder how long it has been since mom touched the garden given all that is there is grass and more grass. It was just lawn. I was curious about that, because believe me, I am now working on fixing a garden by the previous tenant(s) who couldn’t do their garden any more due to circumstances (for years apparently) and it was FULL of plants. Big and small, overgrown as heck. I am now trying to create some order in the chaos. But I did like seeing Elena try to make something from nothing and I was definitely rooting for her. I loved the various plants she picked and was delighted when it was getting prettier and prettier. I could also understand her feelings when she found out about Wisteria and found out that Wisteria did most of the work. I would have also been sad and down. I am glad though that they had a chat and decided to both do things, and that Wisteria would teach Elena. That was just the sweetest.

Wisteria was an interesting character and loved how she found her powers again and started using them. I loved that next to powers she also used her tiny fairy strength to help the plants. Like picking off bad buds or leaves. Or making sure that the plant has enough soil and such. I am glad not everything relied on magic.

I also liked the other fairies, though it did seem all they did was just hang around and chat. Haha. I guess given that they think they aren’t needed there is just not much more to do. Though, haha, if I was a fairy I would have some amazing adventures instead of just sitting and chatting.

The ending, or well some part even before the ending, that had me smiling. I am so proud of Wisteria. And my love for the other fairies soared up as well. Go fairies!

The art, soooo pretty. Really, I just love it so so much! It is gorgeous and I love the colours used.

Now for the things I wasn’t too happy about.

I still have many questions left. Like why did the fairies stop using their magic to help humans/plants. Yes, the humans garden now, so what? You can still help out or find another patch without humans to help out with. To care for. I found it weird that the fairies seemingly forgot about the magic (given that Wisteria had no clue how to handle it and it didn’t always work and the fairies weren’t that impressed/had counter arguments).
Plus, I would have liked to see Wisteria arrive. Now she was just there and apparently she was a new fairy on the block? It was a bit confusing.
I also felt like the story just missed some depth, something to make it complete. Now it often felt like it only scratched the surface layer a bit. Not even a lot. And that is a shame. There could have been much more character build, more information on the world, why the humans and fairies could see each other (because apparently they shouldn’t? But everyone could see them???). I would have liked to see more of Elena’s mom because now it felt like she only popped home once every week? Two weeks? And never once checked the garden or went into it? Not sure how much time elapsed, another issue for me.

So yeah, I did enjoy this a lot, but I would have liked so much more. Still 4 stars, because I love gardening and I love magic. Plus, the friendship between Elena and Wisteria was very sweet. Oh, and cannot forget the amazing art. Definitely also deserves points.