May is here! And it is time for a new Spell the Month in Books! Time for M A Y books!

The libraries are still closed (I so hope they open up one day again) and while I do have a nice TBR stack, I just cannot make MAY with my TBR. So I was thinking and thinking on what I could do for the month May. I thought about green books, books with plants, but in the end I settled on doing something else. Namely feature 3 of my favourite picture books that spell the word MAY. These picture books are all amazing and I would highly recommend them! 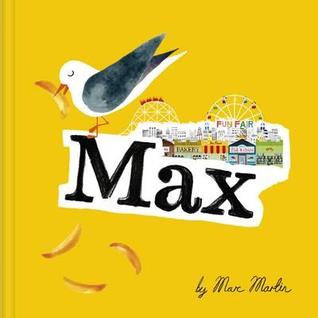 Max and Bob are old friends. Max helps out in Bob’s shop, and in the evenings they go fishing together. Until one summer, when everything changes. 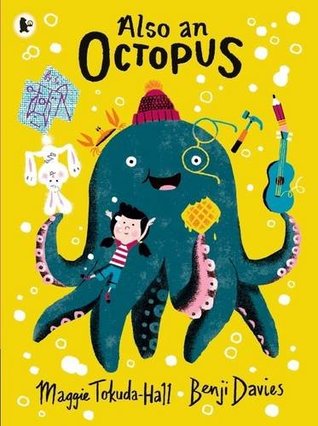 Even the most totally awesome story starts with a little bit of nothing. What happens next is up to you! A delightfully meta picture book that will set imaginations soaring.
It begins with an octopus who plays the ukulele. Since this is a story, the octopus has to want something—maybe to travel to faraway galaxies in a totally awesome purple spaceship. Then the octopus sets out to build a spaceship out of soda cans, glue, umbrellas, glitter, and waffles. OK, maybe the octopus needs some help, like from an adorable bunny friend, and maybe that bunny turns out to be . . . a rocket scientist? (Probably not.) But could something even more amazing come to pass? Debut author Maggie Tokuda-Hall, with the help of illustrator Benji Davies, sets up an endearingly funny story, then hands the baton to readers, who will be more than primed to take it away. 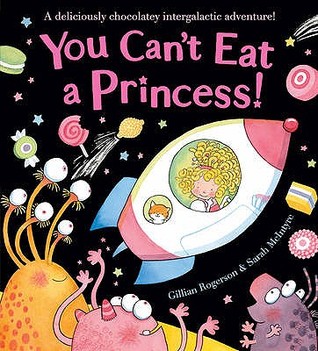 You Can’t Eat a Princess! When King Cupcake is kidnapped by hungry aliens, it’s up to his feisty daughter, Princess Spaghetti, to save him from becoming their dinner. She blasts off into space to show those naughty aliens who’s boss – and introduces them to a delicious alternative toeople: chocolate! This hilarious romp will delight chocolate-lovers everywhere!