Welcome to a new Waiting on Wednesday~ Today I am very EAGERLY waiting for the fourth book in the Jeanie & Genie series: Not-So-Happy Camper!

In February/March I was delighted to find the Jeanie & Genie series, it is such a cute series about friendship and wishes. The first three books got released together, and well… after that it was waiting. And now, well next month, the fourth volume will be released and I am hyped! I cannot wait to see what is next for the girls. They are going to camp along with some other and things go wrong. I am so curious about the story and what it will mean for their friendship.. oh and if the twins truly disappeared by wish. Haha, it would be terrific though, I know it sounds wrong, but if the twins are as horrible as they say in the blurb I would also wish them away. XD 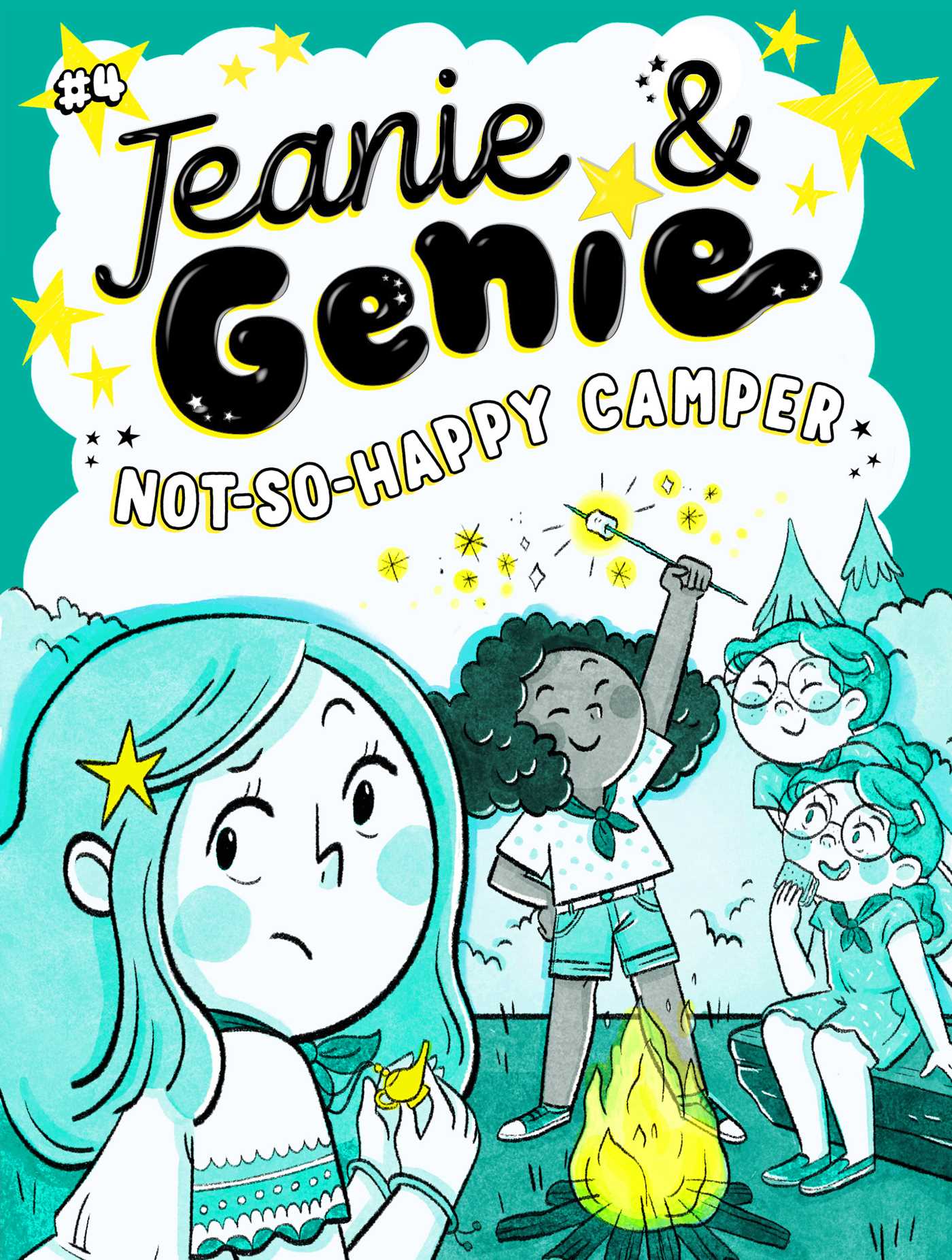 In the fourth book of the Jeanie & Genie series, Jeanie and Willow’s camping adventure puts their friendship to the test!
Jeanie is so excited to take her best friend, Willow, camping for the very first time. And Willow’s so excited she even promises Jeanie she won’t grant any wishes during the trip! Willow is a genie, after all. But then Willow meets Jeanie’s camping friends, Becca and Bonnie Berriman. The twins aren’t very nice to Willow, and they hog all Jeanie’s attention, so Willow finds herself wishing that the twins would just go away. But the problem is…the Berrimans do go away. Has Willow accidentally made the twins disappear?!