Welcome all to the Book Blitz for Cocktails on the Beach by EmKay Connor, Helen Hardt, Leah Marie Brown, Lyz Kelley! Yep, I am back with another hot summer book, this time featuring several stories featuring billionaires, doctors, and more! Get your cocktails ready~

For today’s post I got the usual book/author information, but I also got an excerpt from one of the stories + an INT giveaway! Yas!

Let’s get this started, shall we? Ready? Go! 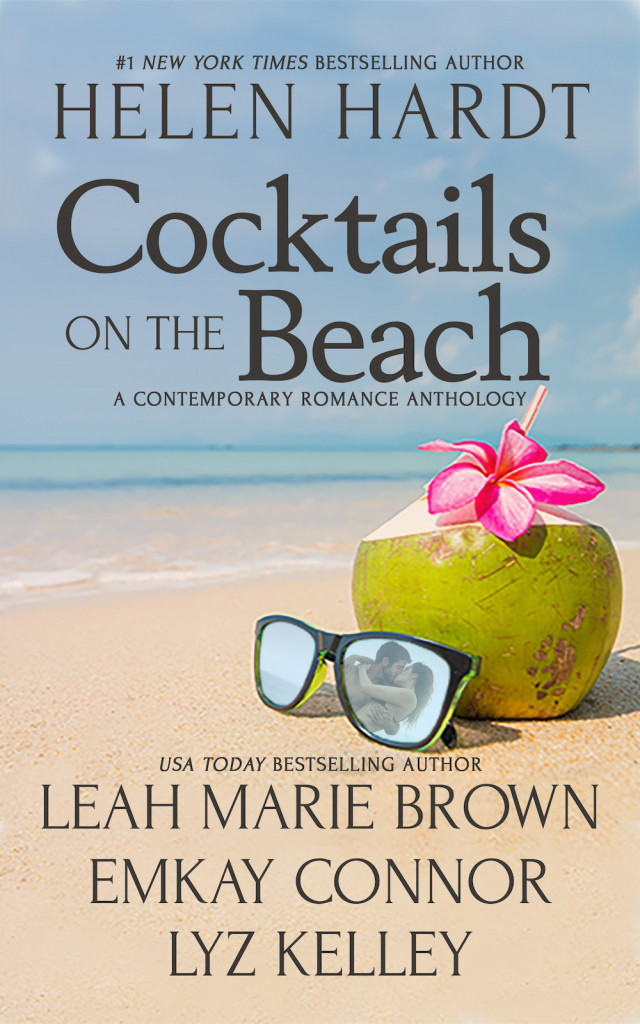 Sip something sweet… Savor something steamy…
Feel the heat and find love in these four original romances written by New York Times, USA Today, award winning, and international bestselling authors! AVAILABLE FOR A LIMITED TIME ONLY.
Are you looking for a hot and naughty book boyfriend to take you away this summer? What’s your pleasure? A sexy billionaire? A smooth-talking bartender? A gorgeous island doctor? A seductive Irishman? These irresistible men are hot enough to melt the ice in your margarita. Start your sizzling read today!
Escape by Helen Hardt
She’s running from one man…and ends up in the arms of another, putting them both in danger.
Exes and Ohs! by Leah Marie Brown
A chance meeting with a gorgeous Irishman has her thinking about Mr. Right instead of Mr. Right Now.
Next Rock on the Right by EmKay Connor.
Sometimes life takes an unexpected turn…that takes you on a wild ride leading to exactly where you’re meant to be.
Her Perfect Guy by Lyz Kelley
She’s his sister’s hands-off best friend. He’s her perfect guy.
One-click now to sip an island cocktail and find your summer bliss!

Where to find Helen Hardt:

Where to find Leah Marie Brown:

Where to find EmKay Connor:

Where to find Lyz Kelley: 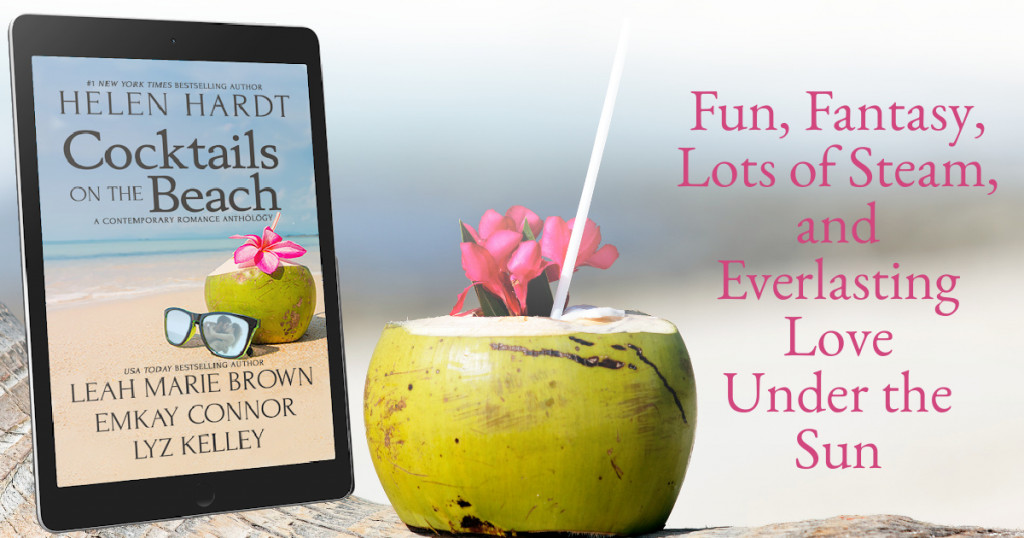 Her Perfect Guy by Lyz Kelley

He turned—and blinked. Devon was standing in his room, surrounded by luggage. She looked adorable, her hands fidgeting like she didn’t know whether to stand there or leave.
“Devon? How did you get into my room?” He stared at her and did his best to appear calm.
“Kayla was supposed to call you.” Devon took a step forward, even though she looked like she wanted to turn around and leave. “It turns out your uncle and aunt’s arrival was unanticipated, and the hotel is a room short.”
“And?” He crossed the room, wanting to be near her. Her sweet scent of suntan coconut oil hit first, and then the smell of her light perfume.
“Kayla thought that, since you have a suite, you wouldn’t mind sharing your room. I told her about the fake fiancée thing, and she decided this would solve her problem…and yours.”
“My problem?” He chuckled at his sister’s audacity. “You were the one who announced our engagement.” He stopped far enough away to avoid touching her or pulling her into his arms. Peeling back those layers was getting more and more tempting.
He released a breath of pent-up frustration. “This seems like a solution Kayla would come up with to please my parents and avoid my aunt’s complaints. My father’s sister is demanding, and knowing her the way I do, I guarantee she’d complain nonstop if she had the inconvenience of staying at another hotel, even though it’s her fault for not being organized enough to avoid last-minute plans.”
“Don’t blame Kayla.” Devon softened her tone. “Appeasing everyone is her way of showing she cares.”
Kayla was a pain in his ass, always badgering him to take a break, have some fun, and stop working so much. When she started sounding like a video meme on a constant rewind loop, he stopped taking her calls, but then she’d just discover fresh ways to get him to stop working, like sending him tickets to his favorite sports events and the new release of his favorite role-playing video game. He appreciated that she cared, but he wished she were more supportive of his dreams.
Personally, he didn’t blame his sister for her show of concern. They might have their differences, but he adored Kayla. Besides, she just wanted him to be happy and to stop hiding. She’d witnessed two of his very public and messy breakups after neither woman would sign his prenuptial agreement. Both had wanted his wealth and status, not him. Kayla swore there were women in the world who were not like that, but he had yet to find one.
Then again, it could be that one of those rare women was standing in front of him right now, but he’d never know, because his heart couldn’t go there. Not again.
However, the vulnerable Devon looked even more luscious than she had this morning. His head was saying don’t touch, but his heart was sending different signals.
What the hell am I doing?
He had a new product to get launched. If past relationships were any indication, women wanted his time—time he didn’t have to give. He needed to stay focused, and focusing on Devon wasn’t where he needed to spend his time right now.
“I should go. I told Kayla this wasn’t a good idea. I’ll see myself out.” Devon bent to retrieve her backpack.
“And where will you go?” he asked, just to make sure she’d thought her decision through. “You said so yourself. The hotel is fully booked. Staying with me is the only option.”
“There must be a couch or a rollaway somewhere. Like you said, I’m the one who created this problem. I’ll solve it.”
He liked the way her chin lifted a little. “I’m sure you will.”
She crossed her arms and bristled. “What is that supposed to mean?”
“Just that. You’re a problem-solver.” And he would have liked nothing better than to have her solve his problems, but his business issues would have to wait. “Don’t make me look like the bad older brother who doesn’t support his kid sister during her wedding preparations. The best solution would be for you to stay here.”
“So you want me to stay?” Her brows hitched to their highest level.
“Yeah. I do.” He walked to the door and closed it.