Welcome all to a wonderful and awesome Library #2 and #3 haul! Really, I am SO SO happy with the books I found!

Normally we go to Library #2 first, but this time it was easier (as we had to pick things up) to go to Library #3! I didn’t mind either way, I was just so hyped to get to visit both of these libraries again. I had reservations waiting at #2 and couldn’t wait to see what surprises (as their site doesn’t have a new releases page) Library #3 had!

Well, Library #3 had plenty! I went to the children’s/Ya section first and just filled up my bag with 9 books. Then I went to the fourth floor as I wanted to get a first volume in a series, last time I picked up #2 (which I didn’t know and wasn’t a problem thankfully). And then I just checked the other new releases tables on the third floor and picked up the rest of the things there. It was the fastest I have ever been in this library. Normally it would take me around 1 hour to 1.5 hours to find books, but now it was 30 minutes! Even my husband was surprised to see me pop up so soon.

Then off to library #2. Thankfully, not many people were in the library this time and so I didn’t have too much stress bringing back 42 books (yes, really). After that I had fun walking around and checking the library. My 32 reservations had to wait until I was done. Last time I went was when they were just open and it was FILLED to the brim with kids and adults but this time? Calm. Just easy walking. And just like Library #3 I found several books quite easily.
BTW, I am SO glad that they change where the reservation-shelves are. Last year (due to Corona and all that) they were at the front of the library while the computers for borrowing/checking out are at the back. Now they are at the same place as the computers. So I could just claim hold of one and then sort out my reservations easily without stressing too much.
Oh, and funny! The man from the library I talk to at times (well, before Corona) thought he recognised me to which I just put off my mask for a short time and then he recognised me. He even noticed I had cut my hair.
I surprised my husband again, he hadn’t expected me so soon!

So as you can read, tons of fun visiting libraries and tons and tons of luck with finding books easily.

NOTE: I will be adding book links tomorrow. I am writing this at 9.18pm on Saturday after a busy day and tomorrow (well, today) is going to be busy again as we are doing some tile work to get things more levelled for the garden furniture. After many years the ground is just all up and down. 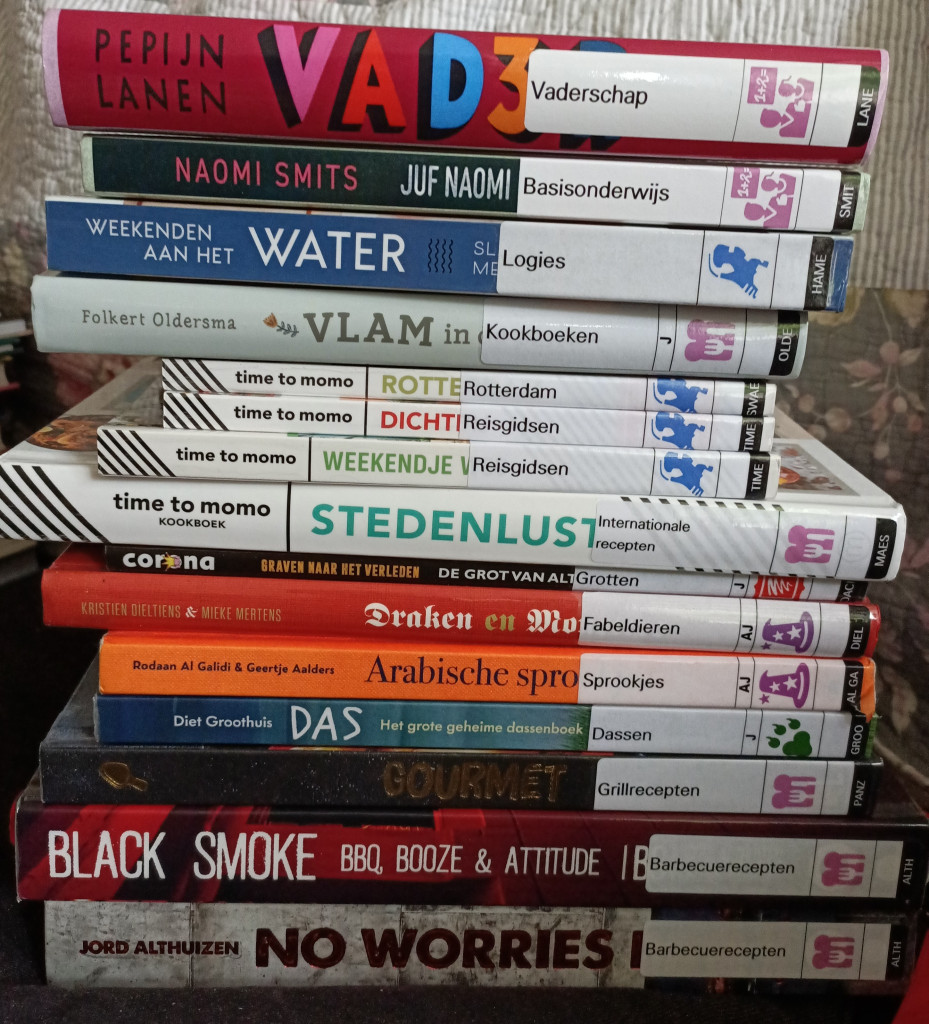 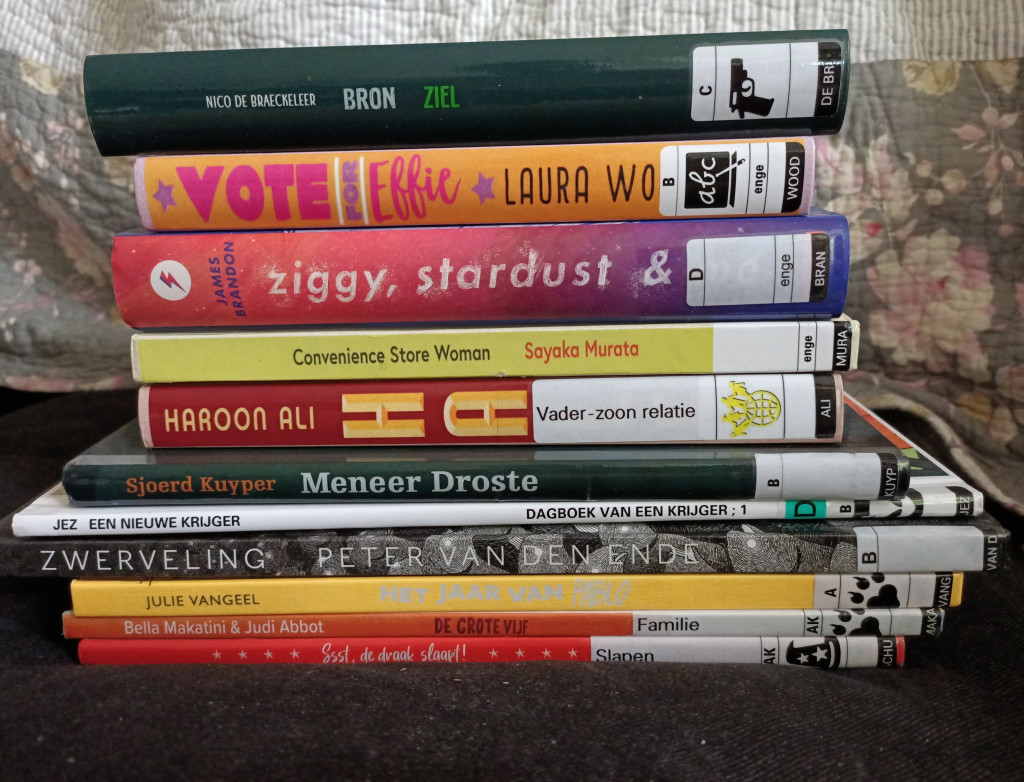 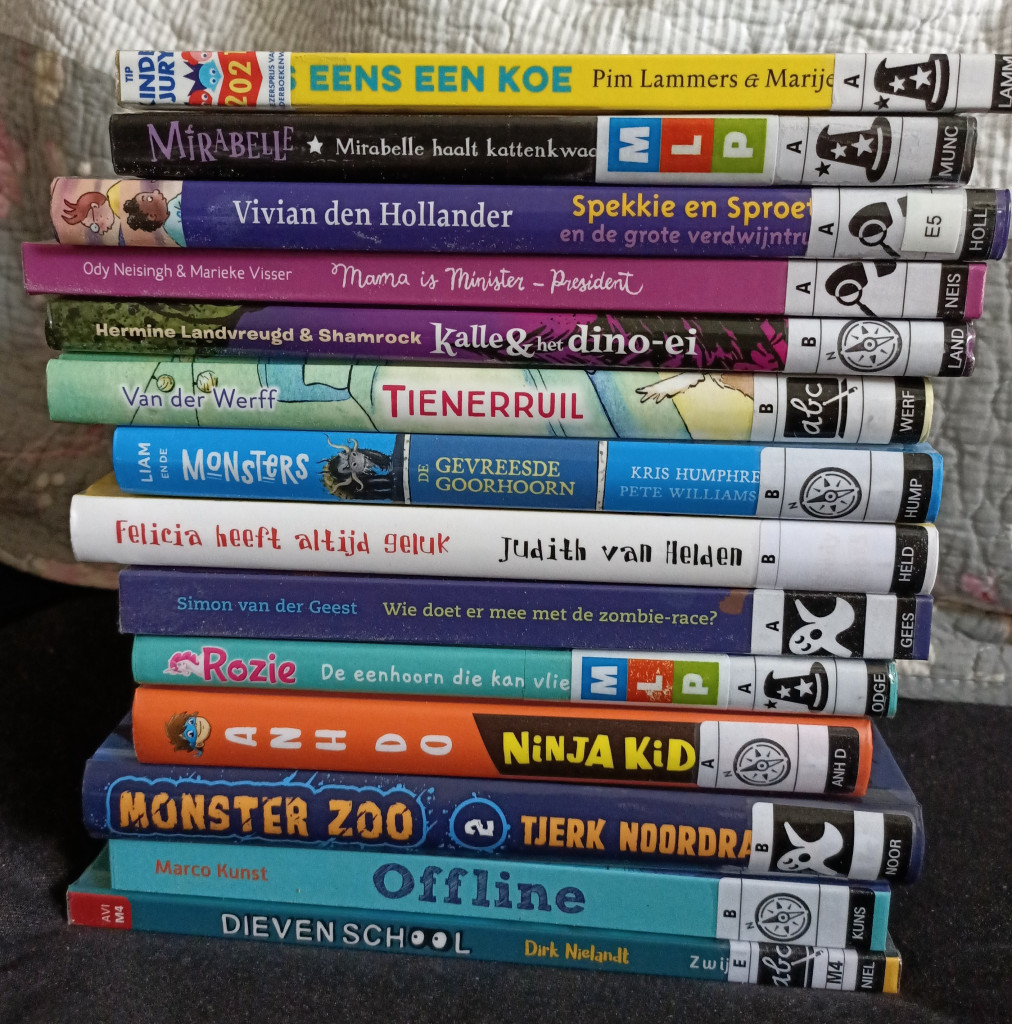 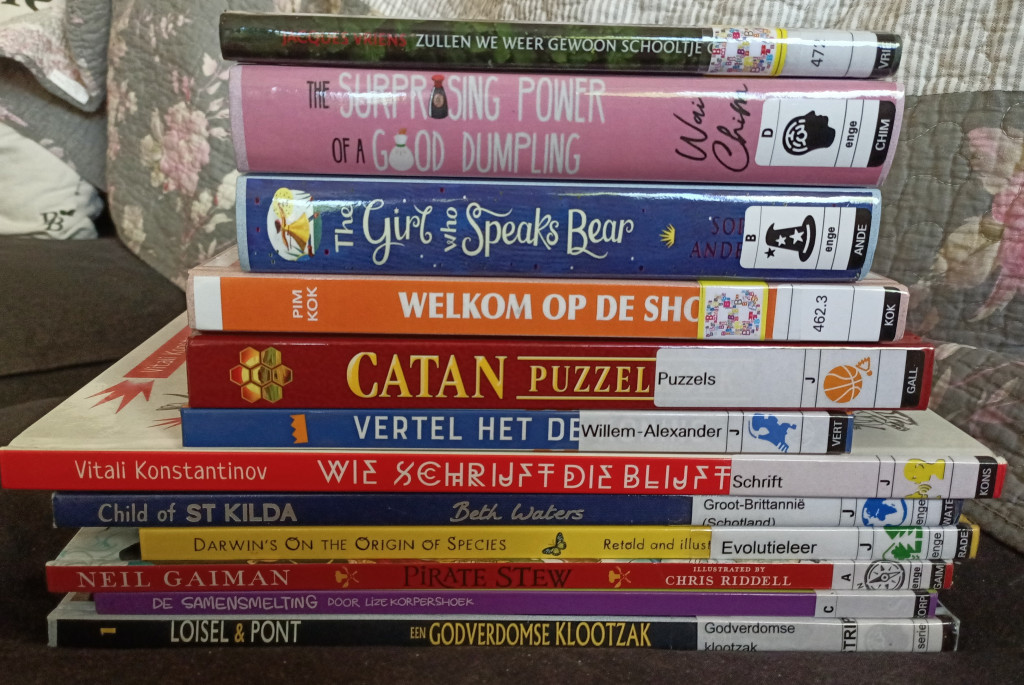