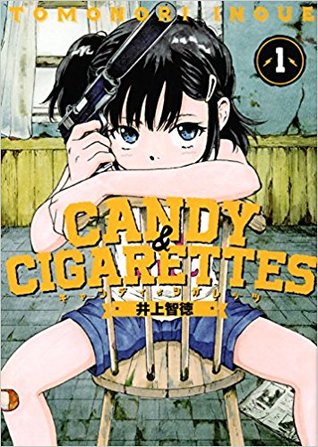 An interesting story about revenge, assassinations, and tons of action.

I was in for a new manga and decided to stray away from the lily-covered path of Yuri and Shoujo-Ai. I decided it was time for something different. And I found this one. Full of action, people getting killed, assassinations, but also a great plot in which you will root for the assassins and the guy who has to clean that crap up.

Meet Hiraga, a guy who is a retired cop and is doing pretty OK.. that is until his grandson becomes ill and the costs for hospitalisation and treatment become too high for either mom or grandpa to pay. But grandpa finds a job. Something that pays precisely enough for the treatments each month. Who can blame him that he applies! Then again, maybe if he had known what he would get himself into he may have stepped back. Nah, scratch that, I would see him do it still. He wants his grandson to be fine. To be healthy again.
I had such a big laugh when he got accepted very easily and when he found out what his job implied. Cleaning up after a little girl assassin. She kills and he cleans it up as good as he can so that no one knows anything.

Our little girl, Miharu, is great at shooting. She can shoot 5 people in one go straight in the head. Yep. This girl got skills that you may not want your average little girl to have. It took me a bit to get used to the girl, she was quite hardened and at times a bit too grumpy about things. But when we learn more about her, about how she came to be an assassin, about what her plan is… well, I warmed up a bit more to her and I just wanted to give her a hug. Well, not that I would do that given she would probably kill me, but hey, you get the idea. Haha. But what happened to her, holy crap. 😐 That was just shocking and I can imagine that she turned into what she is today.

Hiraga was such a great guy and I loved how he went from WTF to very helpful and assisting to even helping her out. He got skills after all given his many years as a cop. He may be old but dang this man can kick some serious ass. I loved how he opened up to Miharu and even took her under his wing. Making sure he was there at the right places, but also doing more than that. They are partners, but they are also becoming family. At least that is what I see.

The story is action-packed with tons of gore, blood, brains, and more. It wasn’t too much though, but still at times a bit too shocking for me. There are revelations and twists. We find out more about the organisation, about the purpose, about well, a lot more. We meet bad guys and good guys and supervillains. We meet Miharu’s friends. Yes, our tiny little assassin may be dangerous but she goes to school like every kid and has friends and dance practice. Yes. Really. XD

The art was really nicely done, and I especially liked the character designs of the main cast.

All in all, this is one manga I would love to continue. Yes, it is a bit gory/shocking to me, but I am invested in these characters and I want to know if Miharu will be able to exact her revenge. If that grandson will get better. What is next for this duo.