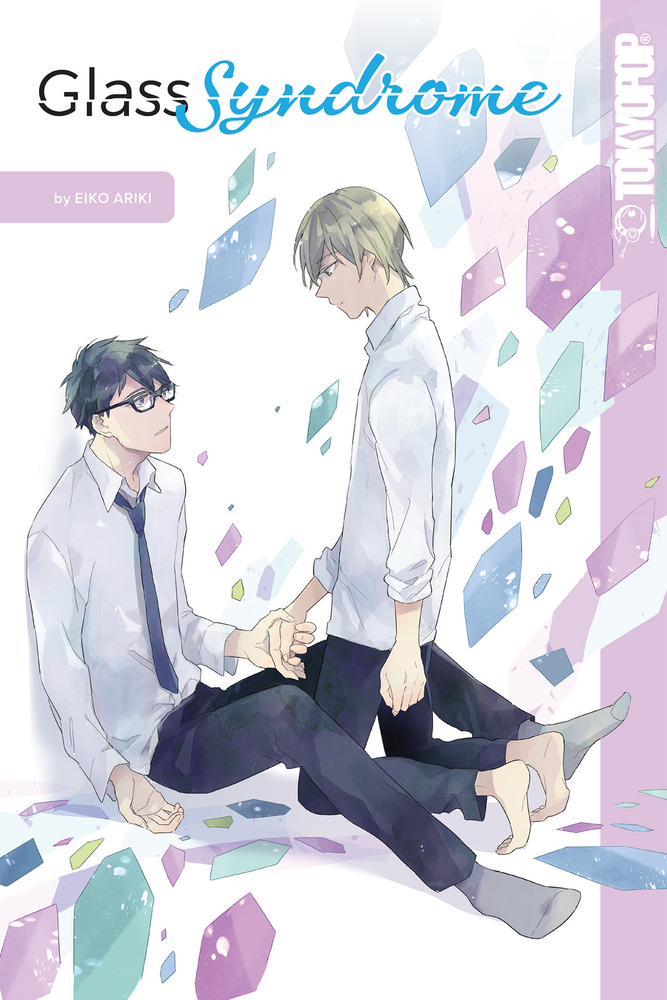 I got this manga the night before (writing this one 8/7) and when I woke up this was the first thing I read while waiting for my breakfast. I just started and I just couldn’t stop. It was too good. Too beautifully written.

We have two guys. Nijou who is the perfect guy. Class president, loved by girls and boys, good at sports… but we soon see that he doesn’t want all this. But he cannot be honest and so we see he crops it up. That is until he meets Toomi. A guy who has a harsh life and sells himself as a girl on the net to get money. As you see, two guys, two very broken and lonely guys (though I guess for Nijou he doesn’t mind being that lonely?? Though on the other hand I could see he was looking for something/someone). They connect. And I could definitely see the connection between them. And could see it grow as these two study together (Toomi barely comes to school so um, he is not too good at things), meet up, and more. I loved that these two had found each other and connected. Sure, at times Toomi makes some toxic comments, but I could see that they were done out of hurt, out of fear that Nijou would also abandon him. I could understand that.

As I said, Toomi sells himself as a girl on the net… and Nijou finds out. I have to say that at times I was confused at these parts given that after a while Toomi starts appearing instead of his girl persona. So I flipped back to make sure that this was just all in Nijou’s head. His fantasy.

The ending and the sequel to this story made me smile. I am so happy for both of them! I would like to go deeper, but also not spoil things, so here we are.

The side story, well, it was good, but I was still so much with my head in the main story that I found that I couldn’t fully invest/enjoy this story. But in the end I can say it was pretty cute and the couple is nice.

But all in all, this was a good volume and I flew through. The main story was definitely my favourite, but I also had fun reading the side story. The art was really good. I would definitely recommend this one.