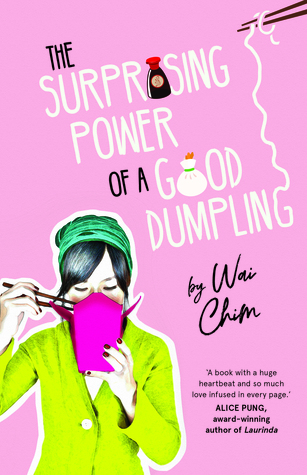 When I started this one I was immediately pulled into the story. Into Anna’s life. It was so interesting to read, but also so heart-breaking. Her mother’s mental health is not good. Not at all. At times she just lies in bed for months and months. Other times she cleans at night. She whispers and tells weird stories. She shouts and there are other things happening. We see how things slowly escalate, things slowly get worse until the moment a psychosis happens. It was quite shocking to read because things go so wrong in the end. It was also sad to see that while Anna knows that her mom has been ill for so long she still keeps protecting her mom. Whereas her little sister Lily is more than eager to tell the doctors what is going on with their mom. I could understand both sides though. And given what we read in the book I definitely could understand why Anna was so protective. We also see how things go on from that point with the family. We see that the father is trying harder to be there for his family. We see the bonds between sister/brother become closer. We see that they try their best. But this is mental health, and there are ups and downs. The ending… I was hoping for it to be different but on the other hand I am also OK with how it ended. OK in the way that it fitted with the story (as I said, mental health goes up/down), not OK with what happened. I hope that makes sense.

Anna was a fantastic character, though my heart broke how much she had to do for her family. Make amends with mom when she was around. Try to manage mom. Try to be there for her brother and sister who both needed someone to help them. Her younger brother is just 5/6 so he needs help with things. Do her best at school, but struggling with all the pressure. At times I wondered when things would be too much. I was happy that Anna had Rory around to help and also had an outlet (the restaurant) to make sure she didn’t implode. Anna is a strong character, at least that is what we see on the outside, but from the inside she is struggling and I really wanted to just give her a big big hug.

We also have the restaurant that Anna’s father runs (and where he hides most of the time because he just can’t handle it which had me both pissed and sad). We see that Anna is interested in the restaurant and helps out which I just loved. I mean, she knows she isn’t that good at school but she does know she can help with the restaurant. I loved seeing her get better, faster, and even help out with ideas and plans to make things run better. While her father wasn’t always open to things, especially in the beginning, I loved that later on he asked for her ideas, or gave her more room.

There is also romance. Anna meets Rory. He needs a job and Anna’s father needs a delivery boy. They connect. I really loved these two together. They made a good pair. We also read that Rory went through a lot of things, almost committed suicide. We see that he is still struggling at times, like on some days it isn’t the easiest. I loved how easily they talked, how they could talk about everything. How they were together. I was so so proud of Rory at the end! That is a big step and I love that he is taking it. Go Rory!

While we don’t see a lot of her, I have to mention Wei! Since the first time we met I was curious about her and wanted her to just talk to Anna for once. I like that, unlike her friends, she seems to be kind and sweet. Would have loved to see her break away from the pack.

The counsellor at school? LORD what a terrible person that one is. You would think she would be a bit more open instead of calling a trying week having a tantrum. WTF? Even teens can have trying weeks. Even they can have hard times. Tantrums are a totally different thing. I hated how she pushed and how she acted. I can see so many kids just give up or burn out because of this.

All in all, a book I just flew through. Heart-breaking, beautiful, and interesting to read with a great cast of characters.