Welcome all to the Blog Tour for Mark of the Wicked by Georgia Bowers. OH MY GOODNESS, I am so hyped that I can be part of the tour, I have been eyeing this book for a long time!

For today’s tour stop I got an excerpt from the book, and I also got book/author information, and there is an INT giveaway at the bottom~ 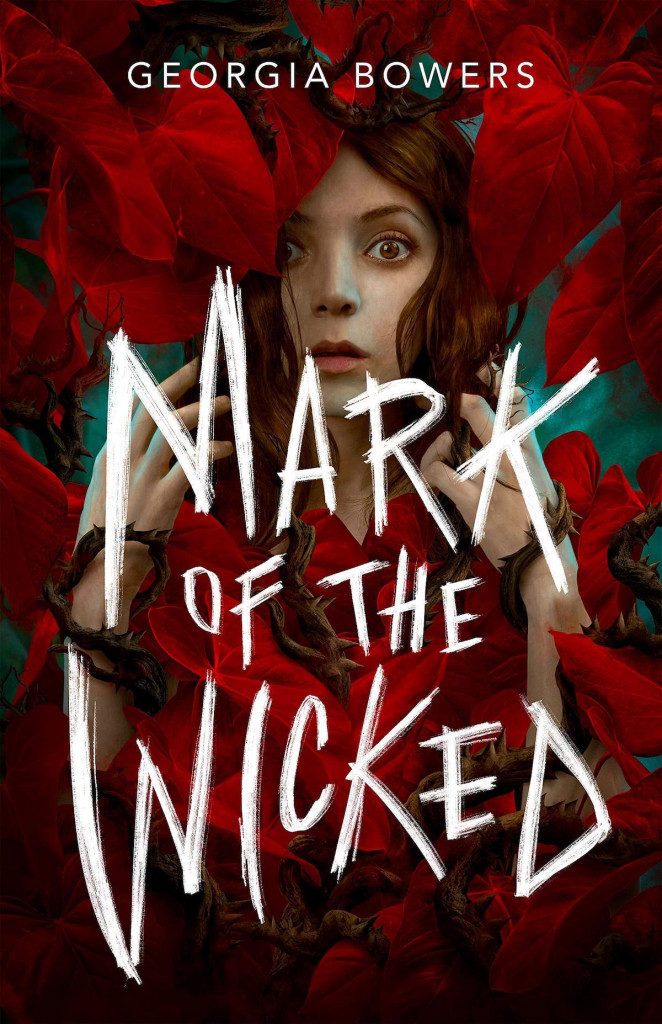 A young witch tries to unravel the mystery of who is framing her for dark magic in Georgia Bowers’ creepy YA debut fantasy, Mark of the Wicked.
Magic always leaves its mark.
All her life, Matilda has been told one thing about her magic: You use only when necessary. But Matilda isn’t interested in being a good witch. She wants revenge and popularity, and to live her life free of consequences, free of the scars that dark magic leaves on her face as a reminder of her misdeeds.
When a spell goes awry and the new boy at school catches her in the act, Matilda thinks her secret might be out. But far from being afraid, Oliver already knows about her magic – and he wants to learn more. As Oliver and Matilda grow closer, bizarre things begin to happen: Animals show up with their throats slashed and odd markings carved into their bodies, a young girl dies mysteriously, and everyone blames Matilda. But she isn’t responsible — at least, not that she can remember. As her magic begins to spin out of control, Matilda must decide for herself what makes a good witch, and discover the truth…before anyone else turns up dead. 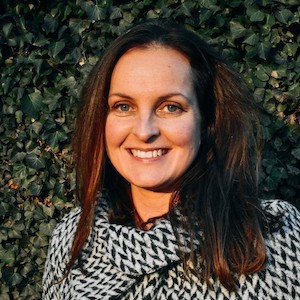 Georgia Bowers lives in Bedford, a small market town in England. When it was time to decide what to do with her life, she was obsessed with two things: books and Buffy the Vampire Slayer. It seemed sensible to follow in the brogued footsteps of Rupert Giles, so she became a librarian, though sadly not the demon fighting kind. But there’s still time.
Ever since her mum told her that witches used to meet in the woods near their village, she’s been obsessed with witchcraft and the paranormal. When she was a teenager, a weekly habit of Point Horrors satisfied her thirst for chilling tales before she moved on to reading Stephen King. These days she likes to give her nerves a break every now and then with a good YA romance.
After completing a course in writing YA fiction she was a winner in the Society of Children’s Book Writers and Illustrators Undiscovered Voices. Since then she has dabbled with stories of chosen ones and ghostly best friends until she conjured up the magical ingredients for her debut novel, Mark Of The Wicked.

Matilda grabbed the catnip from the larder then swung through the doorway, letting it slam behind her, and headed for Nanna May’s herbs in search of basil. Around the corner, just past the herb garden, she could see the hunched figure of her grandmother shuffling around with a garden fork nearly as big as she was. A small fire glowed at her feet, and Matilda realized where the smell of burning leaves had come from.
Nanna May dropped the fork and threw a handful of tiny seeds into the fire, peering at the flames crackling at her feet. Matilda smiled as she watched her. The seeds she’d thrown into the fire were pumpkin seeds—Nanna May would chew them first, then spit them into the fire in the kitchen and wait for them to ping out onto the floor. Lottie had banned her from doing it inside after one had hit Nimbus in the eye.
After a few seconds, one of the pumpkin seeds leaped out of the fire and landed at Nanna May’s feet. The old lady bent down to retrieve it, and Matilda hurried to her side and picked it up, then dropped it in the soil-lined palm of her grandmother. There was another faint snap, then another and another, and Matilda gathered the seeds up and handed them to Nanna May.
“What you looking for, Nanna May?” asked Matilda as she looped her arm through her grandmother’s and escorted her to the pond.
Nanna May took one of the seeds and threw it into the pond. Matilda watched the water ripple out in circles as the seed hit the surface. Nanna May threw another in, her eyebrows drawing together and lips moving silently. Nanna bit her lip as she shook her head, then turned to Matilda.
“What’s it say? What did you see this time?” asked Matilda.
According to Lottie, Nanna May was blessed with divination, a fairly common gift among witches. Matilda had always been respectful toward her grandmother and her belief that she could see the future, but deep down she thought the predictions were more likely just coincidences. Still, she looked at Nanna May with what she hoped was eager anticipation as the old woman clutched Matilda’s hand and turned to her.
“Wicked Tilly,” she whispered, the words sending a trail down Matilda’s spine. Nanna May grabbed Matilda’s other hand and looked at the pond again, shaking her head as her eyes zigzagged over the surface like she was reading a message. She looked at Matilda again, her eyes grave. “Wicked Tilly.”
Matilda squeezed Nanna May’s hands and offered her a tight smile.
“What have I told you, Nanna? Please don’t call me that.”
Nanna May let go of Matilda’s hands and reached inside her duffle coat. Matilda looked at the horizon; if she was going to get her spell done by sunrise, she’d need to wrap this up and get back to her garden room. Matilda tried to retreat, but Nanna May gripped her tighter then pulled an embroidered handkerchief out of her coat. She pursed her lips together and tried to tie a knot in it.
Matilda kissed Nanna May on the forehead then backed away from her, smiling as the old woman’s eyes widened and she gestured at the almost knot in the handkerchief, holding it up so Matilda knew whom it was intended for.
“You know I love you, Nanna May, but I don’t want your used handkerchief, even it does keep evil spirits away,” said Matilda, picking some basil from the herb garden. “Got to go now, got to get ready for a date. Wish me luck.”
Matilda bounced down the path and blew Nanna May a kiss, smiling at the old woman still holding out her handkerchief. As soon as she rounded the corner, the smile dropped from her face and she wondered what it was her grandmother had seen in the ripples in the pond. A gust of wind sent a hush through the trees, and Matilda nodded to herself, deciding that maybe, just in case, she might make a protection charm. One that didn’t involve carrying around a secondhand handkerchief.