Eep! Welcome all to the Blog Tour for The Boy Who Made Everyone Laugh by Helen Rutter! About a boy who wants to be a comedian, about his stutter, and how he doesn’t give up. I am so so hyped that I can be part of this tour!

For today’s spotlight post I got information on the book/author.

Let’s get this tour started~ But before we do I got a joke for you (thought it would be fun to add one given the book):
Hear about the new restaurant called Karma?
There’s no menu: You get what you deserve. 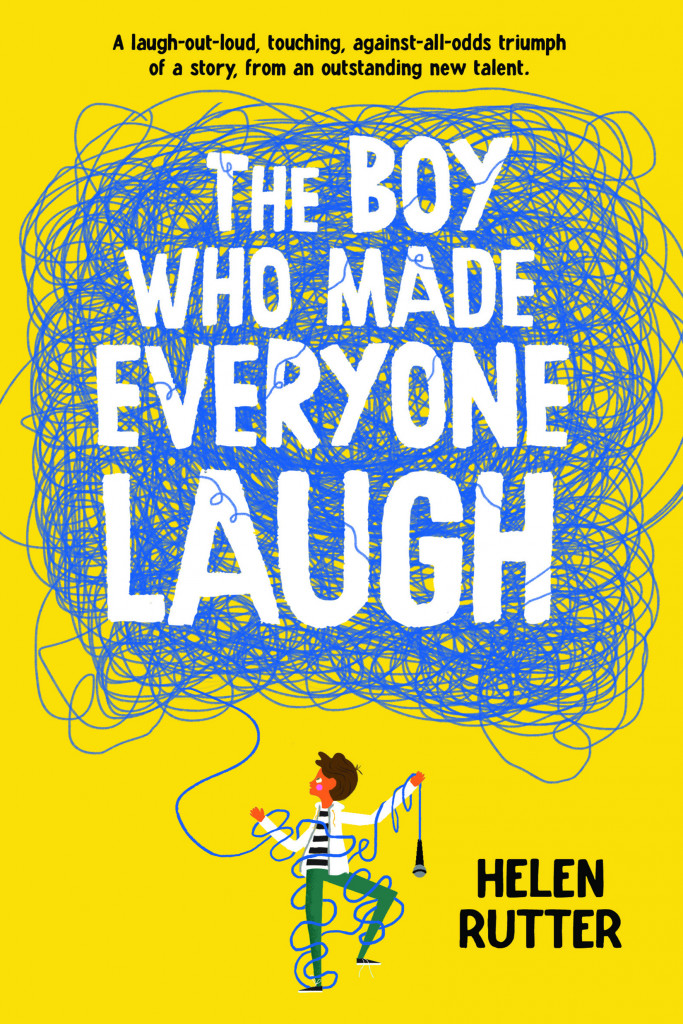 When life is funny, make some jokes about it.
Billy Plimpton has a big dream: to become a famous comedian when he grows up. He already knows a lot of jokes, but thinks he has one big problem standing in his way: his stutter.
At first, Billy thinks the best way to deal with this is to . . . never say a word. That way, the kids in his new school won’t hear him stammer. But soon he finds out this is NOT the best way to deal with things. (For one thing, it’s very hard to tell a joke without getting a word out.)
As Billy makes his way toward the spotlight, a lot of funny things (and some less funny things) happen to him. In the end, the whole school will know —
If you think you can hold Billy Plimpton back, be warned: The joke will soon be on you!

Helen lives in the countryside just outside Sheffield with her comedian husband, two children and two lovely dogs, Ronnie and Billy Whizz. When she is not tapping away in her writing room, she loves walking the dogs, playing board games and reading.
Before writing her first novel Helen wrote and performed her work on the stage. She has even done some stand up comedy (which was some of the inspiration for The Boy Who Made Everyone Laugh!) and before that she was a jobbing actress. If you look hard you could even spot her in old episodes of Coronation Street, Holby City and many other TV staples including adverts, film and voice over. Her very first role was playing Ruby in Jacqueline Wilson’s Double Act, so maybe she was always destined to be involved with children’s books!
Helen now much prefers to write the stories than be in them! She is currently writing her second book, so stay tuned to find out what she is writing about this time!