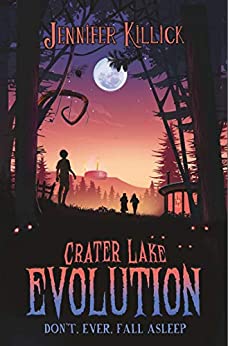 The aliens are back, hoho merry Alienmas!

It took me a bit to read this one + it didn’t help that Amazon took its sweet time to deliver it, but I finally had the chance to read it yesterday and BOY BOY BOY I flew through the book in record time. It was just so good to read this one. With tons of action, plenty of drama and alien scariness, and great characters once again.

In this one it has been 6 months since everything happened. We follow Lance once again and he is having a pretty OK time with the holidays, spending time with his mom (who is doing much better which made me very happy).. but then BOOM explosion and from that point things get very spooky and very scary. I knew the aliens were back, but in what way would they be back? Full Crater Lake or something else entirely. You will have to read to find out what is going on. But I was definitely scared out of my wits at many times in the story. Seeing Lance, Kat, and Karim figure out things, go on adventure to find clues, and scary chase scenes.

Next to aliens we also have friendships and making up. Because after Crater Lake things just broke apart for our group. Maks got a girlfriend, Ade and Kat weren’t being so nice to each other, Chets is still not OK with Karim (though we do find out that has a different reason than normal). I am happy to say that it fitted with the story. We needed all these teens to save the world. These kids knew what happened in Crater Lake and they are up for the challenge again.

Karim, our new boy, I loved that guy so much. He brought some much needed lightness into the book with his jokes, his hair and how he loves that a tad too much to the point that we find out why people in his house aren’t contaminated, his comments on what is happening, and more. It is his first alien invasion and while he was scared for a lot of parts he also kept cool and did his very best to defeat the aliens along with his friends.

The ending was one big rollercoaster of WOW WOW WOW. There is so much happening and the teens are showing all their strength and smarts. Their plan was super dangerous but also fantastic and I was rooting for them so so much. The villain was a surprise to me, I had several suspects but that one was definitely not on my list. Haha, maybe if I had re-read the other book before reading this one that person would have been on the list, but as of now, no.

Also, those hints to a certain character… mmm… looks at the author and wonders what their plan is

I could probably talk about this book for more and more because DANG it was a whirlwind of awesomeness. Aliens, friendship, action, and more! But I will keep it to this one. Highly recommended to all.