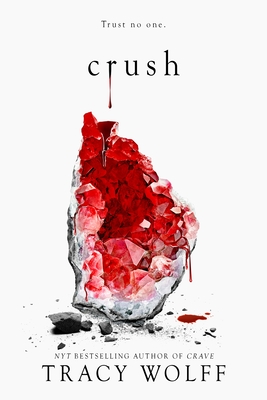 Holy WOW, this book was so so good! I just flew through it and couldn’t stop reading because there was just a ton of things happening. Romantic things, strange things, possessions, competitions and more. I will try to write a review because I really want to share my thoughts about this book, but they may be a bit chaotic.

In this book we continue like nothing is happening, though us readers know that something is up. Grace was a block of stone when the previous book ended so how is she walking here? Well, that all leads to various confusing conversations for Grace as she finds out that yes, she was stone. Yes, she has been gone for a while. I can only imagine the shock that must have been for Grace. For her it feels like no time has passed (thanks to amnesia as well) and she has to adapt herself again to get up to speed with all that happened. I loved that Grace was a gargoyle. Or at least half of it I guess (now I wonder which of her parents was it). But still, that is so cool. Most stories featuring gargoyles let them be just that and not human. So this is definitely a big plus for me. I loved finding out more about the gargoyles, what they could do next to turn to stone, see Grace try to figure things out and get closer to her heritage.

Then there is the whole Hudson stuff. Yep, when Grace transformed into a gargoyle she took Hudson in her and he is stuck. I wasn’t at first sure how I felt about these parts, I mean I am a big fan and supporter of Jaxon x Grace, so I wasn’t sure what to do next. But as the book continued and continued and continued… I started really liking Hudson. Still staying on my toes because we are still not 100% sure what happened and if he is all evil. But eventually I just opened up to him so much more and he became one of my favourite characters in the story. He was sweet, but also had a big portion of attitude that made me laugh at times. I loved finding out more about him and what makes him tick. I loved seeing the conversations between Hudson and Grace and had a big laugh because no one else could see or hear him, so that was awkward. XD

What happened to Jaxon and Grace? I am not going to spoil anything so it has to be vague, but it just PISSED me off. For many reasons. To do with how easy it was, how it just felt like a plot device to open up certain other paths. I just wanted something totally different and not this piece of poop.

The competition and we get two of them, one friendly one not so much, were fantastic to read. I definitely was invested in both of them, though I was the most invested in the latter one. Holy crap. That was just so scary at times and I was so worried.

We also get the meet good old Jaxon/Hudson’s dad and boy I wanted to give him a punch in the nuts. Just like mom. Lord, what a couple of evil creeps those two are. I can imagine why Hudson/Jaxon turned out to be the way they are now. 😐

The ending was WOW, and now I need the third book. Sadly, from what I could see the paperback for the next book won’t be out until next year. NOOOOESSS.

Sorry for the chaotic review + I could probably chat a lot more about this amazing and fun and spicy and WOW book, I could talk about the side characters who are amazing (well, OK there are some real dicks in that mix), how much I love that this takes place in the middle of nowhere. AHHHHH! I would highly recommend it.

4 thoughts on “Review for Crush”