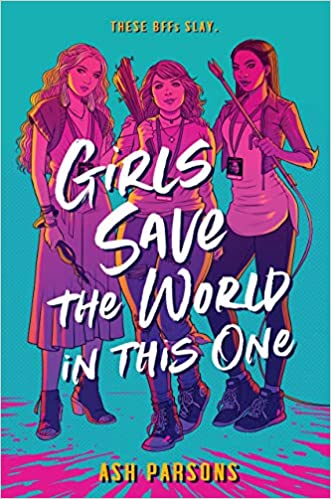 Zombies, zombies, and more zombies! Be ready for the ride of your life~

What will you do when a zombie con becomes a bit too real? Of course, kick some serious ass! I just love the premise of this one and while I am still a bit hesitant to read zombie books due to the pandemic we are in (not in the mood to read about a virus killing people/turning them to zombies), I just had to read this one. I mean, it called out pretty loud!

I just love the cast of characters in this one. Not just June and her two friends (and later Blake), but also the movie cast that came along with them, several other people from the con. They really made up a wonderful cast and while I wasn’t rooting for everyone (I think those who read the book know which dudes I am talking about) I was definitely rooting for most of them. Hoping that they would survive. But, since I read many other zombie books, I knew that all I could do was hope, because people were going to die. Zombies like meat after all.

I love how they tried to survive but also shifted their goals to something else when they found out new information. Some very important information… really, do these people outside not think that it would be a terrible idea to do that? So I just love how our crew made plans. Tried their best to get somewhere and make sure that things would be safe for the army.

I loved the fights the action and the zombies were just gruesome and scary. It also didn’t help that things took place not in the open… but in a convention centre. While those are pretty big depending on the town/city, it was still a cramped and limited space. You really had to think, really had to know where to go or you would get stuck. And being stuck in a zombie apocalypse is a bad bad idea. Not to mention, those who cannot fight.. where will you hide, what is safe?

I loved reading about the weapons the group picked up along the way, from microphones to that CPR box. They went very creative and I was delighted.

I am delighted that we get to see the con before things went poop hit the fan. It was fun to see the girls get hyped about celebrities and the shows they love. Still don’t get the hype about podcasts, haha. XD

There is also romance and I just love that it was added and loved that our MC made fun of it because one just doesn’t do romance in the freaking apocalypse! Normally, I wouldn’t be 100% in for romance in a novel with themes like this, but I really enjoyed it here and it gave some reprieve in all the death and scary stuff.

Oh, and the ending and especially two characters just made me laugh so so hard. Loved that! The ending next to that was sweet and made me tear up.

All in all, fantastic book I flew through it it was just so well written and full of fun characters and tons of scary zombies!