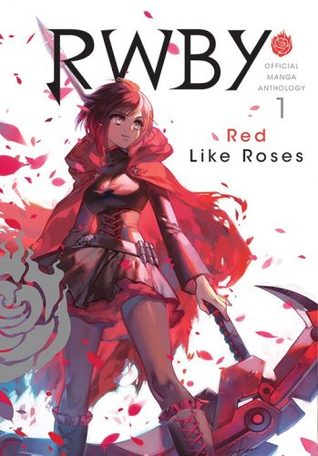 These wonderful two manga volumes, the first about Ruby and the other about Weiss! With stories about them, their team, the world, and more!

I have now read two of these books and decided to bundle the reviews I had for them together. Now it is another two years (if I still have a blog then) for the next ones as I buy these for our summer vacation, and only one a year. In the first place for my husband, but I also like to read them!

I haven’t seen the series yet, and probably not planning to as I am not a fan of the animation style. But I bought this one for my husband, who is a BIG BIG fan of the show, and decided after he read it to also try it out. At times I missed a couple of references, but in overall I had no problem reading this one, it helps that I know a bit about the show and the characters. I loved the tons of shipping, the various art styles were fun and I liked the stories. From serious to silly to sweet, it was such a fun read. I laughed quite a bit at Ruby and how she acted in some of the stories (which involved either her saying something embarrassing to Weiss or stuffing her face with food). I definitely need to buy the next on in this series as I also want more of this. 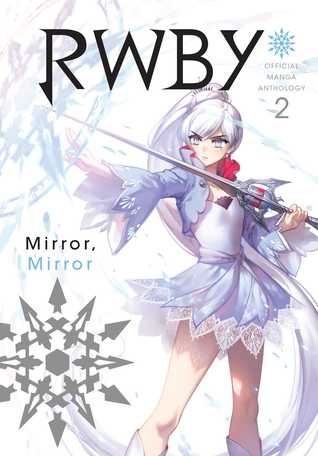 I bought the second book for my husband but of course I had to read it after he finished it! I am not a such a big fan of RWBY as he is, but I still love reading the manga and the other stories on paper. This book is all about Weiss Schnee. From short to longer stories. A few 4-komas are also found. I had such a laugh at all that happened, though I was also a bit sad given Weiss’s family (especially her father who never had that much attention for her). I loved seeing the friendship between the girls and also see them get closer/form more of a team. I had a big big laugh at the stories featuring cookies (one I am sure is Ruby’s way to bribe Weiss to get her to help with a project while the other meant deadly cookies). I love the various art for each story. Some I was more of a fan than others but in general I liked them all and it is always fun to see what the next story has for art.
Here is to next year and a new volume!