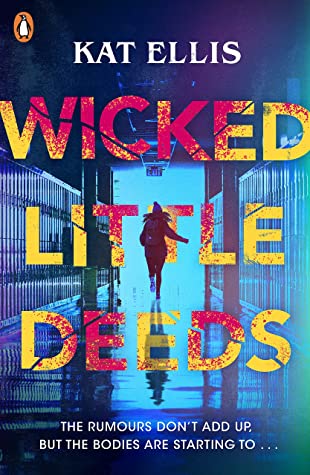 A very slow start, but when it started to get going… oh BOY things went!

So I have seen this book on many of my fellow bloggers pages and I was delighted when, during my vacation, I managed to find this book for a decent price (which is very rare for English books) at a book store. Of course I had to bring it with me. Sadly, I already had plenty of books with me during my vacation so it wasn’t until after my vacation that I started reading it. And then I had to struggle a bit to get through the book because the start was just so dang slow.

Meet Ava a girl who has lost practically everything in the span of a year. Not just her parents but also her house. While I liked Ava for most, there were parts that I wasn’t too happy with. But for most I was just rooting for this girl, hoping that she would be able to find her way back as I would call it after all that happened in the year. I loved that she was an artist and I definitely would have loved to see her art pop up in the book, maybe as an extra. That would have made things so much creepier. I loved seeing her try to figure things out. Try to find the killer.

There are tons of spooky and creepy things happening in this book. For instance tons of eyes. So many eyes. There is a dead girl walking (but is she really real or not?). There is murder (though I had expected more given the phrase on the cover). There is paranoia and weird things happening. Once the book gets going it goes and it drags the reader with them.

I wasn’t a fan of Ava’s friend, sorry, I already forget your name. While he probably had his reasons, I found him a manipulative dick and I just wanted Ava to say a big fat NO to him and just drop him. He is not healthy.

The vendetta against the Thorns? It felt like Romeo x Julia. Just as much hate and destruction. But also romance. Because Ava is falling for the guy she never thought would fall for. The oldest son of the Thorns (who I instantly liked for some reason, I don’t know why, he just had good vibes). I just loved seeing her at first be hesitant about it and even wary.. .but then slowly she opened up for him and I was just delighted because they had chemistry. Plus, hello, making the plot even more Romeo x Julia is always a win in my book.

The ending and all that was revealed there and all that happened? throws out her suspect list and burns it That is how I felt. Haha, I had several suspects.. but BOY I never had expected THAT. I may have some light suspicions but nothing that felt really big and so it never made the list. I was so pissed off at it, but not because it was a surprise but because of what it meant. To Ava especially. I just wanted to hug the girl real tight because dang she is going to need all the hugs and love. All that happened in those pages. I was just on the edge of my seat. I could feel the heat. I could feel the claustrophobicness of it all! And the ending ending (as in what came after all that) WOW. Loved how it was all tied up. Good job!

All in all, if you are looking for a spooky read and don’t mind a slow start, I would recommend this one! Perfect for the upcoming Halloween season.