A warm welcome to the Release Day Blitz for Souls Aligned by Arian Williams. That cover you guys, that cover. I just couldn’t resist. It was just too much. Oh and the blurb also sounded great when I read that. XD All the reasons to help promote this book.

For today’s post I got a bunch of teasers, an excerpt, a giveaway (you can win the books in ebook), and book/author information.

A big congratulations to Arian Williams on your book releasing today, I hope you have an amazing day! 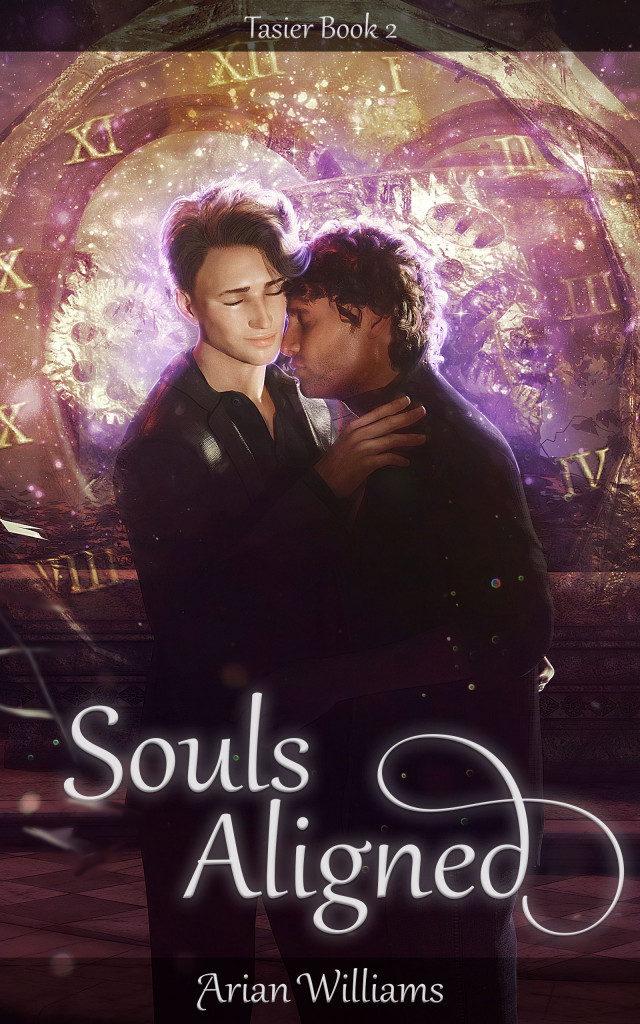 Age gap romance, soulmates with supernatural abilities, time traveling gone amok, longing for flushing toilets, abundance of sarcasm, and a bit of angst-filled pining ending in happily ever after
From the moment he laid his eyes on him, Eric knew Bhas was his soulmate.
Beautiful, enigmatic, and timeless, Bhas became a constant presence in his heart.
But as his guardian and protector, Bhas seems oblivious to his love.
Heartbroken, Eric ran away, leaving his heart permanently behind.
Now Eric has to face Bhas again. And danger and darkness follow them as they embark on an adventurous journey to the past to help their friends in the Tasier organization.
Will there be enough time for Eric to convince Bhas they are meant to be?
Can their souls be aligned now that they are brought together again?
This is part 2 of the series set in the universe of Tasier, a secret organization of people with supernatural abilities. Can be read standalone, but some of the background story about Tasier would be better understood if read in sequence. 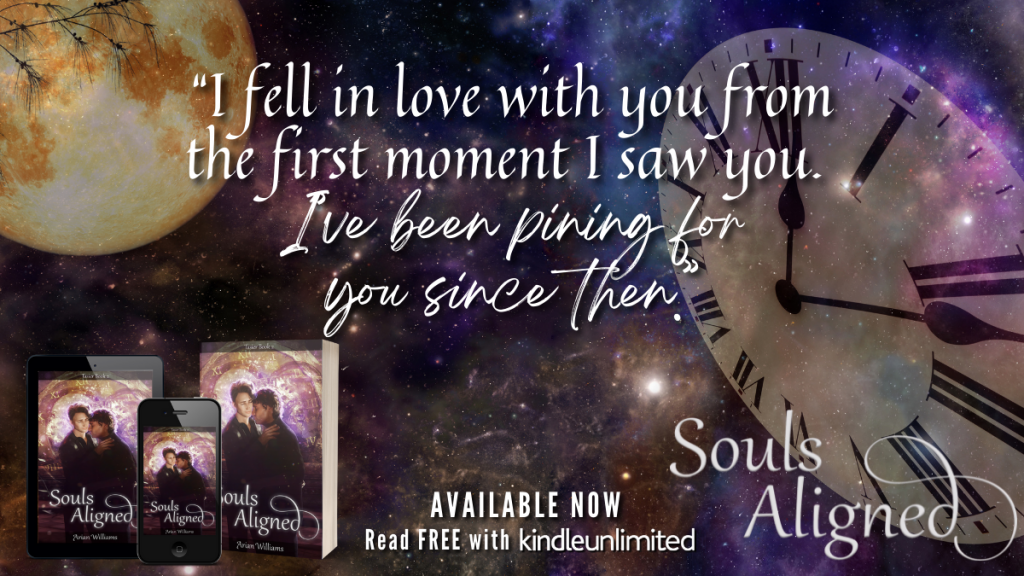 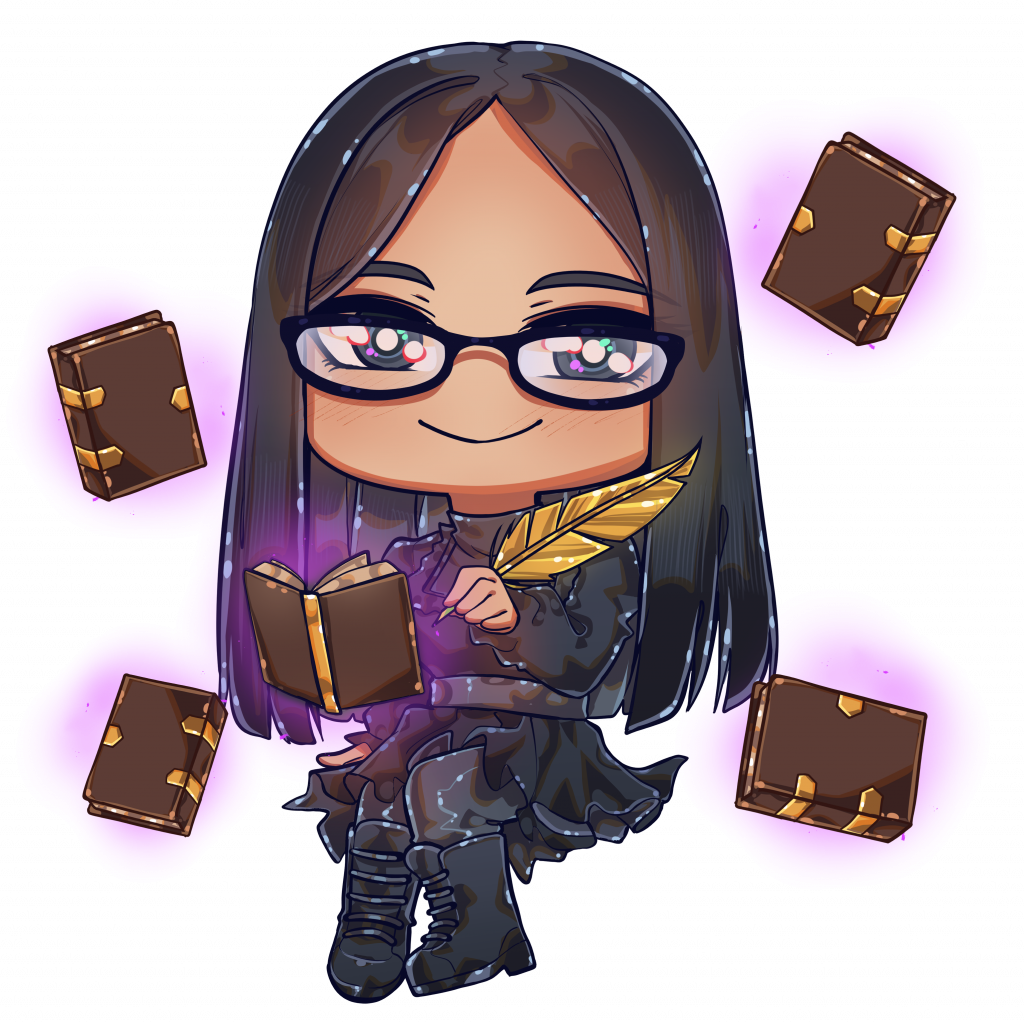 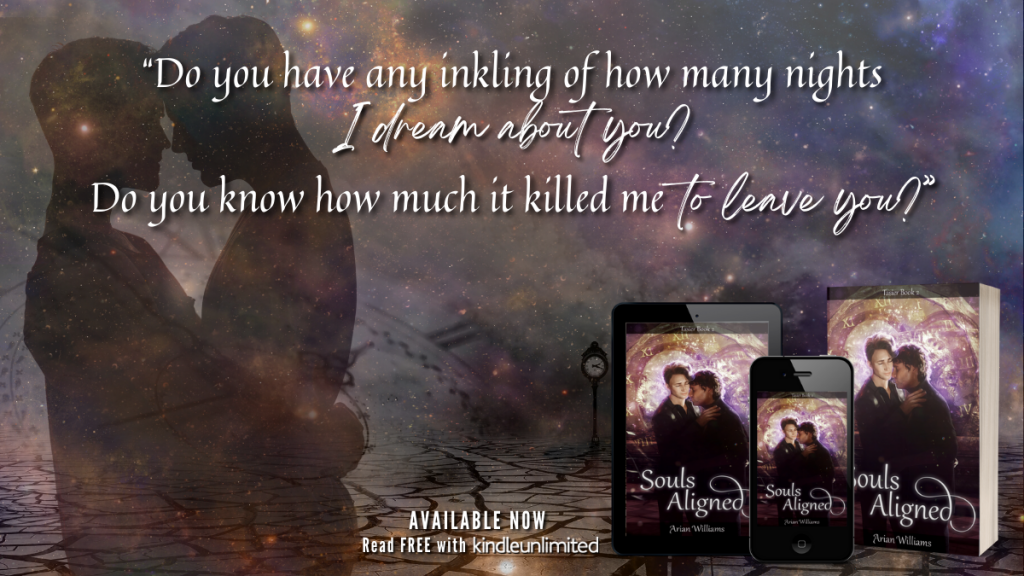 Eric dropped his bags in the hallway and took his shoes off. His bare feet barely made a sound as he crossed the wooden floor toward the back of the house. Bhas favored spending his time in the back garden, so he knew he’d find him there. As he opened the sliding door, a small but beautiful Zen garden greeted him. Nothing had changed. The brightly colored furnishings, the light fragrance of incense, gurgling water fountains, tall black bamboos, and a pond with water lilies.
And Bhas.
Amid it all, Bhas sat on a reclining chair with a laptop on his lap.
A current of pain shot through Eric’s chest.
Perhaps sensing him near, Bhas looked up. His Bhas, as beautiful as he’d been the day Eric had fallen in love with him and looking not a single day older than when he’d first seen him six years ago. Bhas had been just slightly taller than him then, but now he topped him with a few inches. Yet in front of Bhas, he still felt like he was sixteen. Bhas was agelessness itself, his face, his demeanor, frozen in time.
Eric hesitated. So close yet so far. He couldn’t take the last five steps. His eyes greedily drank in his love as Bhas closed his laptop and carefully put it on the small table next to him. Then he stood and walked over to Eric. Wordlessly, he reached out and drew Eric into a tight hug.
“Welcome home.” Bhas kissed him on the cheek.
Eric closed his eyes with a sigh.
He was home.
Eric wrapped his arms around Bhas, breathing in the faint scent of cinnamon and tangy citrus. He sank into the embrace, his face buried in Bhas’s shoulder, his nose touching the delicate skin behind the ear. He grazed the soft spot on Bhas’s nape with his lips. A tremor ran through Bhas as he tightened his arms around him. His heart jolted awake. Bhas’s energy burned high and bright, igniting all his nerve endings, seeping through his pores.

This Release Blitz was organized by: