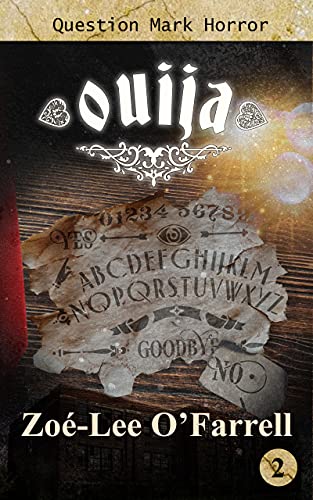 A fun YA horror with scary moments, confusing moments, and an ending that would fit perfectly with a Goosebumps/R.L. Stine book.

A group of 6 kids decide that it is a cool thing to go to a school that was the site of a mass murder to do some Ouija. Yep. Dumb ways to die right there. But I was totally into it, I wanted to know what they would see in that haunted place and who they would summon.

I am still not sure who my favourite character was, if I even had one. Not that they aren’t likeable (well Simon is a tad over the top and I am still not sure if that is because of the demon or because he is just a bit too attached to his sister), but I just couldn’t really bond with them. It didn’t help that the chapters were a tad confusing with POV. We would start with one character, but then a few pages later things would get a bit muddled on who was the MC of the chapter. But I did like this group of friends, loved seeing the romance bloom between them, see the couples.

Things get real spooky in this book and at times even scary. I mean, I am NOT a fan of mirrors at night and also not a fan of dolls any time of the day and those two come by quite a bit. One of the girls has dolls (NOPE NOPE) and the other characters are able to see things in the shadows/mirrors. With each day passing things get creepier and the demon much more evil. Though the way the kids died could have been a bit more surprising, now if you know one fact you know how they will die/when they will go. That removed some of the scariness of the book.

I also loved that we got some information on what happened to Jim and why he went on a murder spree. I was already wondering if we would get that, so I am delighted that it was added.

The ending to the book was a great one, it was plenty of scary! Though the final page/sentence? Very much reminding me of how R.L. Stine ends his books. That is all I will say. XD

There was one continuity error (if that is the right word). Namely that when the kids go to the Highschool to do that Ouija thing they state that the school smells state and that it hasn’t been ventilated in years. So I thought I had seen the first chapter wrong which seemed to state that it was a year ago since the murders/killings, but then later on it was confirmed again and I was just confused.

Another thing I found a shame is that the kids talk about the teacher for a bit and then suddenly it is the next chapter and it is 2 weeks later. It just felt very unnatural and took me out of the story for a bit.

But in overall, as you can see, I really had a good time reading this one. There was plenty of scariness to scare me. I flew through the book! I would recommend it for this Halloween month.