A bloody welcome to the Book Blitz for Dating Dracula by Kinsley Adams! I am so excited to be part of the blitz, the book sounds like a hoot and I am curious how dating Dracula is, so yeah, I am planning on reading it very soon.

For today’s post I got an excerpt, a giveaway, and of course book/author information.

Let’s get started! turns into a bat 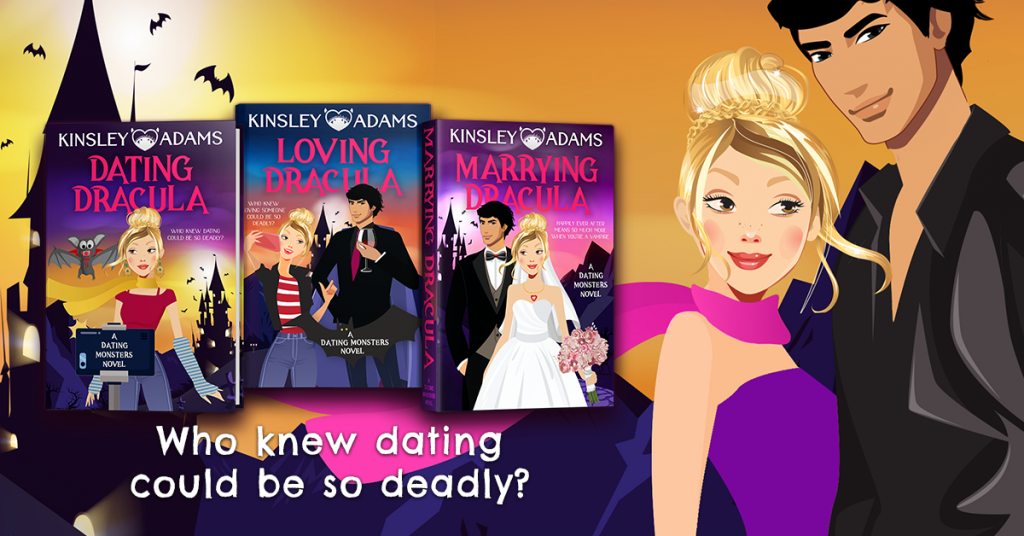 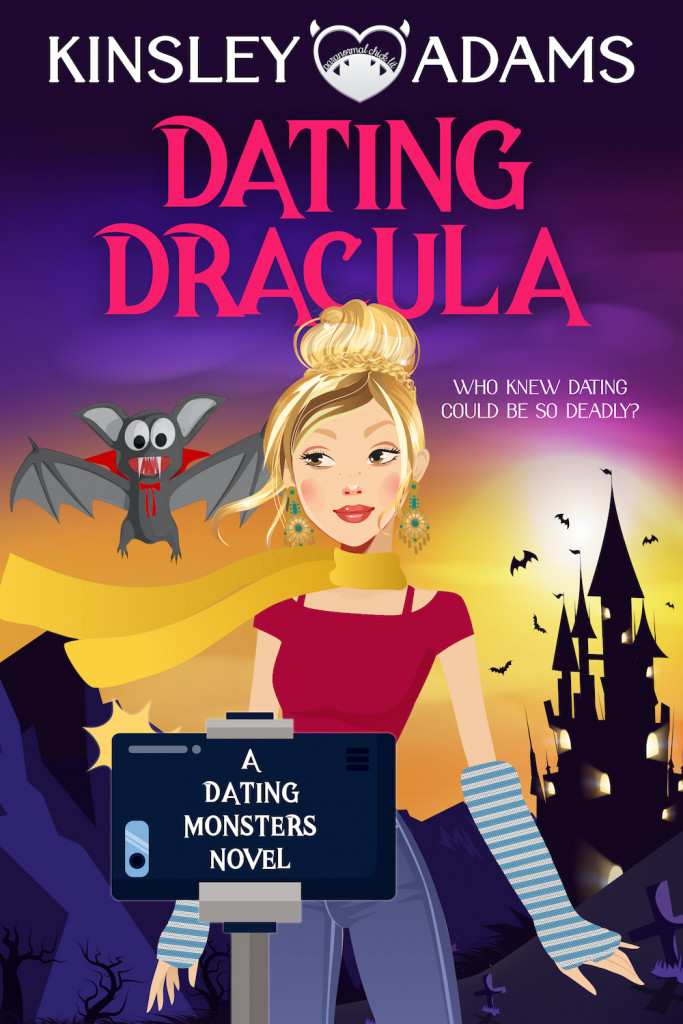 The Legend. The Immortal. My… Boyfriend?

You know, I really only had two goals in life:

1) Unearth the truth about vampires and,
2) Become hella famous.

Nowhere on that list did I have “die” or “get turned into a bloodsucker.” But guess what? Life doesn’t always go according to plan. Now, thanks to an unfortunate back-alley encounter, I’m the newest member of the undead country club (fangs, coffin, and all). And my savior? Sire? Whatever…

Even stranger, he claims I’m his mate. Like… eternal love. But come on! I don’t have time for that. Not only do I need to track down my attempted murderer, but I also need to learn how to be a vampire. Falling in love is the last thing on my mind right now.

Too bad Dracula has other plans for me.

Fans of Dracula will love this new modern and chic take on the immortal legend himself. Scroll up and one-click now!

Kinsley Adams is a thirty-something-year-old author who stopped counting when she turned twenty-five. When she isn’t writing uproariously hilarious romantic comedies, she’s raising her womb-gremlin with the hopes that he might one day become the world’s first Supreme Leader.

Reality came crashing down, and I jerked back. I’d just kissed Dracula. Vlad. The Count. Whatever. The man had more names than I did panties at the moment. Which, speaking of, I needed to phone Lucy and ask her to go shopping, since we’d only packed weekend bags.
But that was a different, easily solvable problem. Nothing like this. Kissing Dracula had to rate stupider than busting into a vampire club to expose illegal bloodletting, which turned out not to be illegal. Impulsive, remember?
This right here was proof. Two nights under this man’s roof, and I was making out with him and swapping blood like we were lovers. Gah! I shouldn’t have thought that. I didn’t need the word “lovers” in my head right now. Not with him standing so close, eyes still blazing, and certainly not with my lady bits still waving their pom-poms and cheering me on.
Kissing Dracula was stupid, right?
Maybe?
Who the hell even knew anymore? “I, uh, should go.”
Vlad inched toward me. “Go where? This is your room.”
Right. My room. Because I’d just showered after attacking Harold. And here I was, getting my freak on with the Count himself. If he could just stop watching me like I was the cherry on top of a very delicious strawberry sundae, that would be greatly appreciated. I couldn’t think with him standing there, all smoldering eyes and swollen lips.
The invitation was clear, as were his desires. I wasn’t one of those women who was blind to the opposite sex. If I so much as gave the word, Vlad and I would tumble into that tiny bed next to us.
And damn, I was tempted.
On the one hand, I was a grown-ass woman, allowed to kiss whoever the hell she wanted. But on the other, this man was five hundred years older than me—which, ick—and a vampire. All right, maybe that last one was unfair, considering I was also a vampire. But if he’d never been turned, he would be rotting away in a grave right now. Then again, so would I. Not a very sexy thought. Why focus on the what ifs, though? He had been turned, and instead of a rotting corpse, he was a downright gorgeous beast of a man who I wanted to dry hump like a randy mutt. Decisions, decisions….
“Okay, then you need to go,” I told him. “I, uh, need to be alone. Is that okay? I need to think. And I can’t do that with you here.”
Vlad inclined his head and blinked, the heat fizzling from his gaze. “Very well.”
“Thank you.”
“Of course. I’ll be in my office, should you need anything.”
A shiver rolled through my body. I could think of one thing I needed, but my last impulsive decision had gotten me killed. I really needed to start thinking things through. And since I wasn’t allowed to go to a bar and get wasted—probably wouldn’t even work anyway—there was only one other thing I could think to do and that was call Lucy.
Vlad took my hand and kissed my knuckles before exiting my room.
I slumped against the wall and blew out a relieved breath. Man, he knew how to wind me up. And he hadn’t even done anything. Just walked into my room. Was that all it took now to get my engine revving?