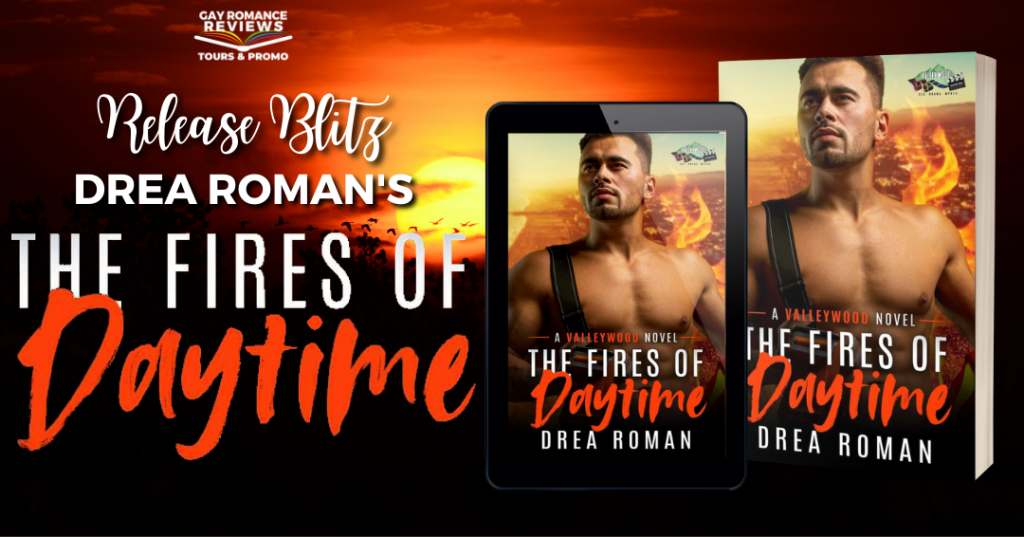 A sizzling hot welcome to the Release Day Blitz for The Fires of Daytime by Drea Roman! Firefighters, romance, oh yes, I am in!! You can look forward to a review someday because I got an ARC for this book!

For today’s post I got an excerpt from the book, there is a giveaway, and I got some sexy hot teasers~

A big big congratulations to the author on their book releasing!! Yay!!

Let’s get this party started~ 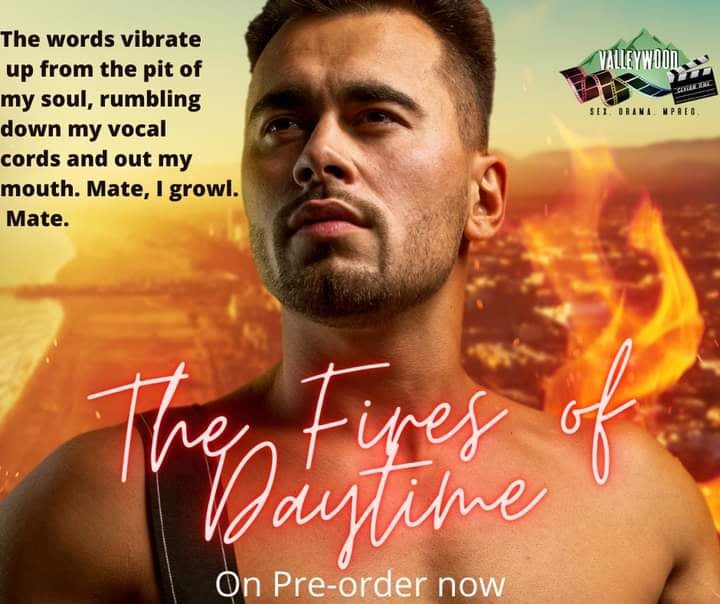 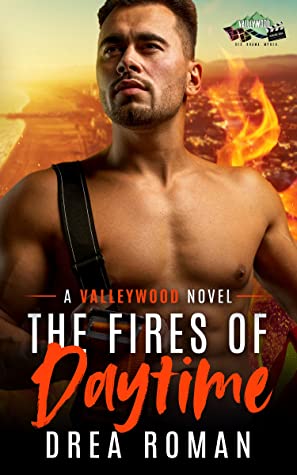 Worlds collide, sparks fly, and these new mates will have to use all the wits the gods gave them to survive the fires of daytime.
Just because Calvin Carter plays an omega on the long-running soap opera, The Blazing Inferno, doesn’t mean he is one in real life. Right?
Daytime drama spills from the sound stage into Calvin’s life when he is rescued by a hunky fireman who claims, in his deep, sexy voice, that the human is his mate. And that was just on Monday!
Having arrived in Valleywood the day before, Xander hasn’t even explored the magical movie making city, when a fire on the set of a studio lot leads him to the rescue of his fated mate.
When Calvin’s precocious costar is kidnapped for real, he and Xander are going to need some magical help to save the day.
Join Xander, the hunky fireman with the deep voice, and Calvin, the plucky soap star, as their lives turn into the sweeps week from hell. Will they crash and burn? Or light up the Valleywood skies in a blaze of glory and soap opera magic?
The Fires of Daytime is book ten of the brand new Valleywood series, where magic and the silver screen unite. 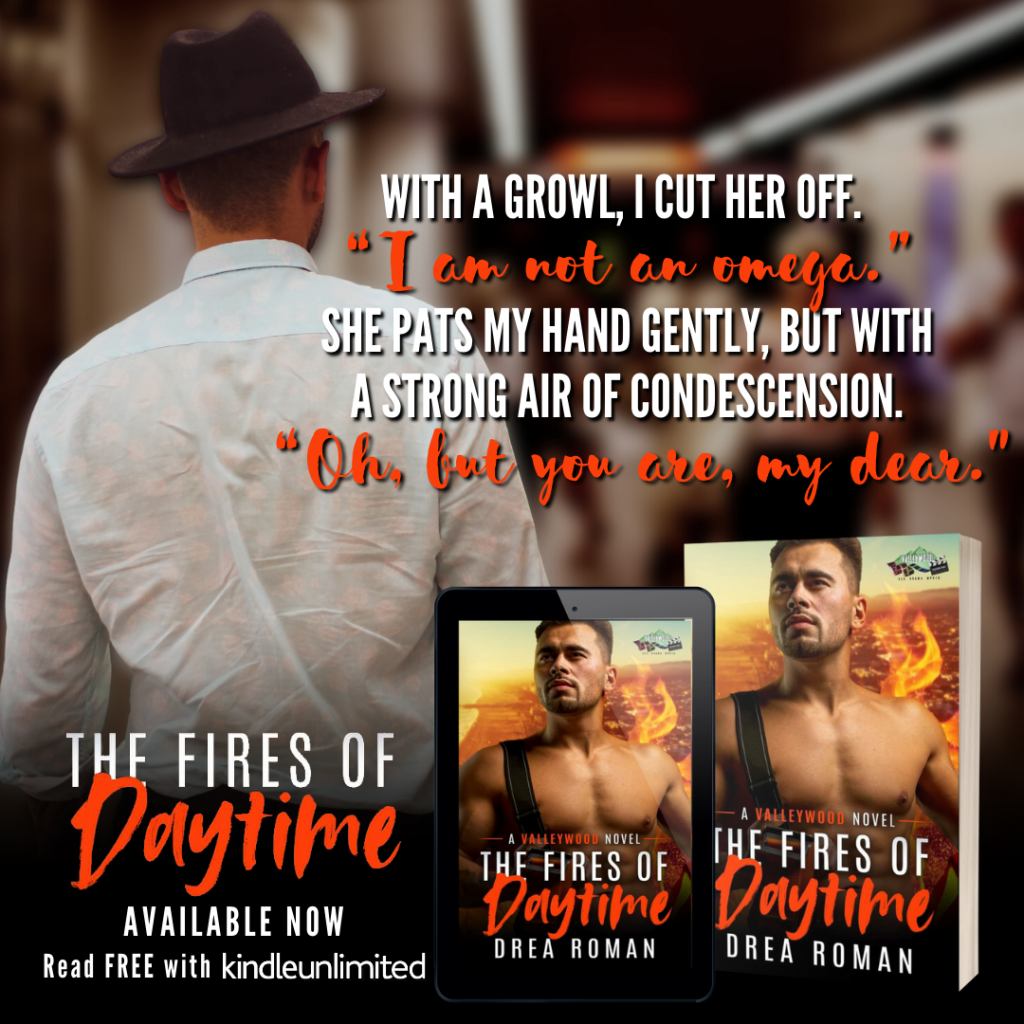 Drea Roman is an overeducated lady with cats, a ferret, lizards, a fiancé, a sister, and a wonderful village of likeminded friends, authors, and artists. All of this coupled with too many day jobs makes Drea a ridiculously busy woman. 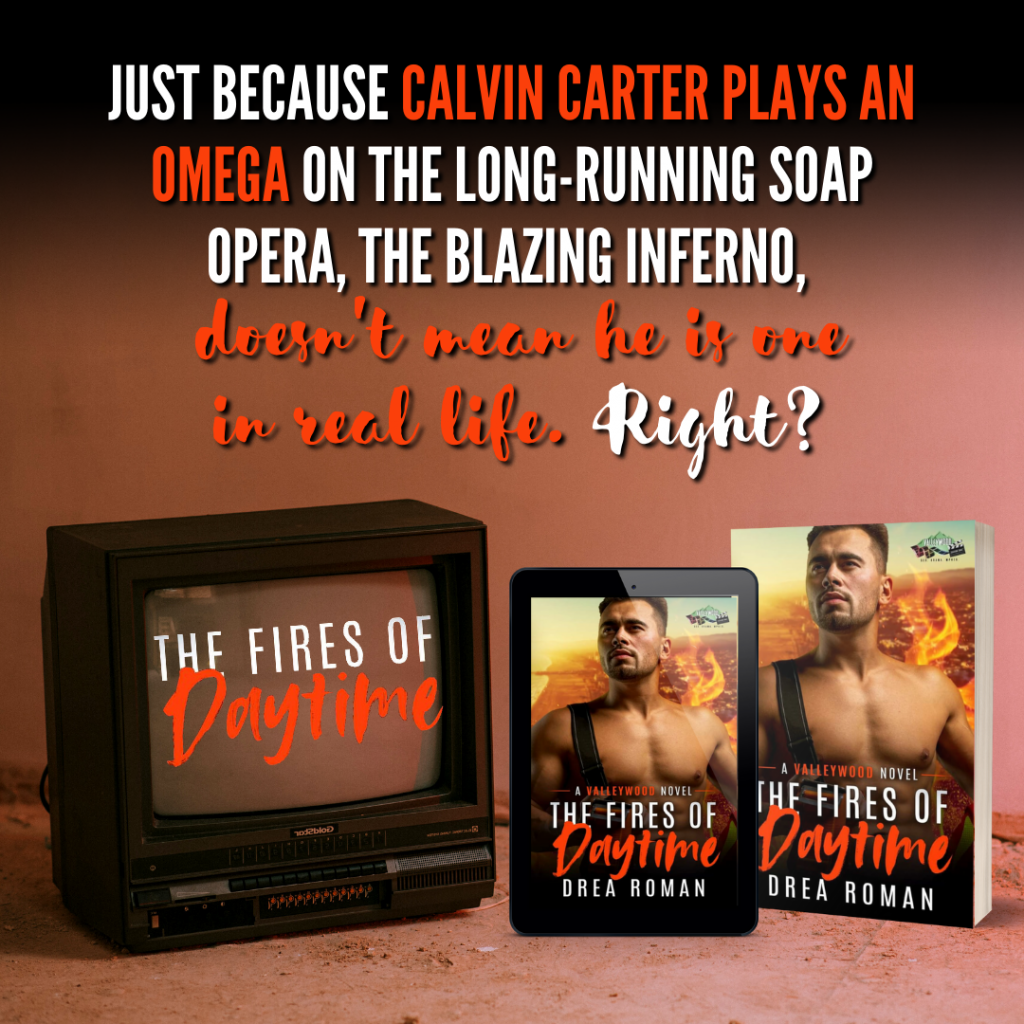 Xander: A Fireman to the Rescue
“So that’s pretty much it for the station tour, Xander. Got any questions?”
I shake my head and smile, holding out my hand to shake Ronald’s. The outgoing station chief has made my transition into my new position as painless as possible. “Not that I can think of right now, Captain.”
The older Irishman winks at me and slaps me on the back instead of taking my head. “None of that formality crap around here, son. Anyway, I’m not the captain or the fire chief here anymore. You are.”
I nod, my horse prancing proudly inside my mind. It was his idea, after all, so he ought to be proud of himself. Without his insistence that we needed to change to our perfectly organized life, I would still be back at the Vale Valley Fire Station with my friends and family. My human heart pangs at the distance from home, but my stallion shakes it off with a snort that comes out of my human mouth as a laugh.
“Quite right. That’s going to take some getting used to, I’m sure.”
Ronald chuckles and gives me another hearty slap on the back. Before he can say another word, the station siren screams, the initial blast followed by three short peals.
The old chief snaps into motion and I follow him as he jumps on the pole in the middle of the second floor and slides down to the first. As soon as my feet hit the floor, Ronald throws a jacket at me. “Nothing like a rager to break you in on your first day.”
“What do the three extra bells mean?” I ask as I shove on fire pants, kick off my cowboy boots, and jam my socked feet into a random pair of fire boots I am pleasantly surprised to find actually fit.
“All hands on-deck.”