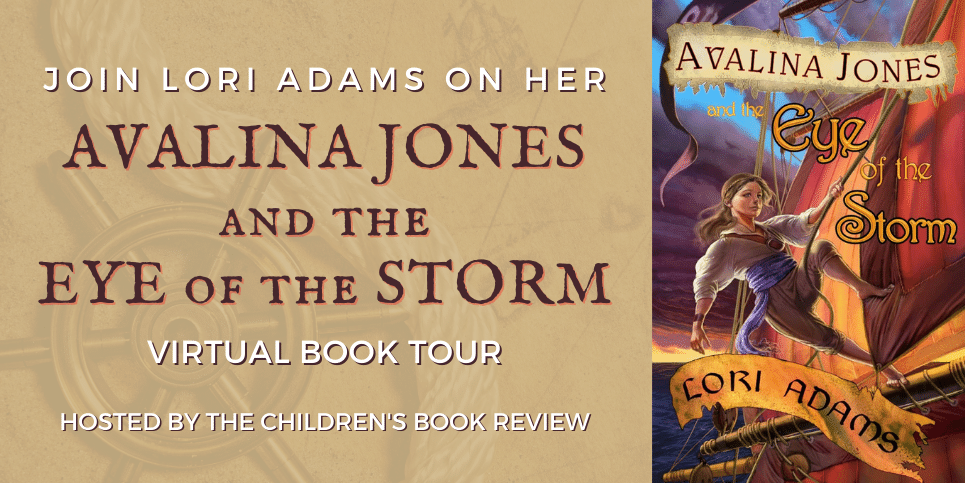 A warm welcome to the Blog Tour for Avalina Jones and the Eye of the Storm by Lori Adams! I am so excited I can be part of the tour, this book sounds adventurous and awesome!

For today’s post I am shining a spotlight + I got an amazing giveaway (you can win an autographed book + a bookmark)! 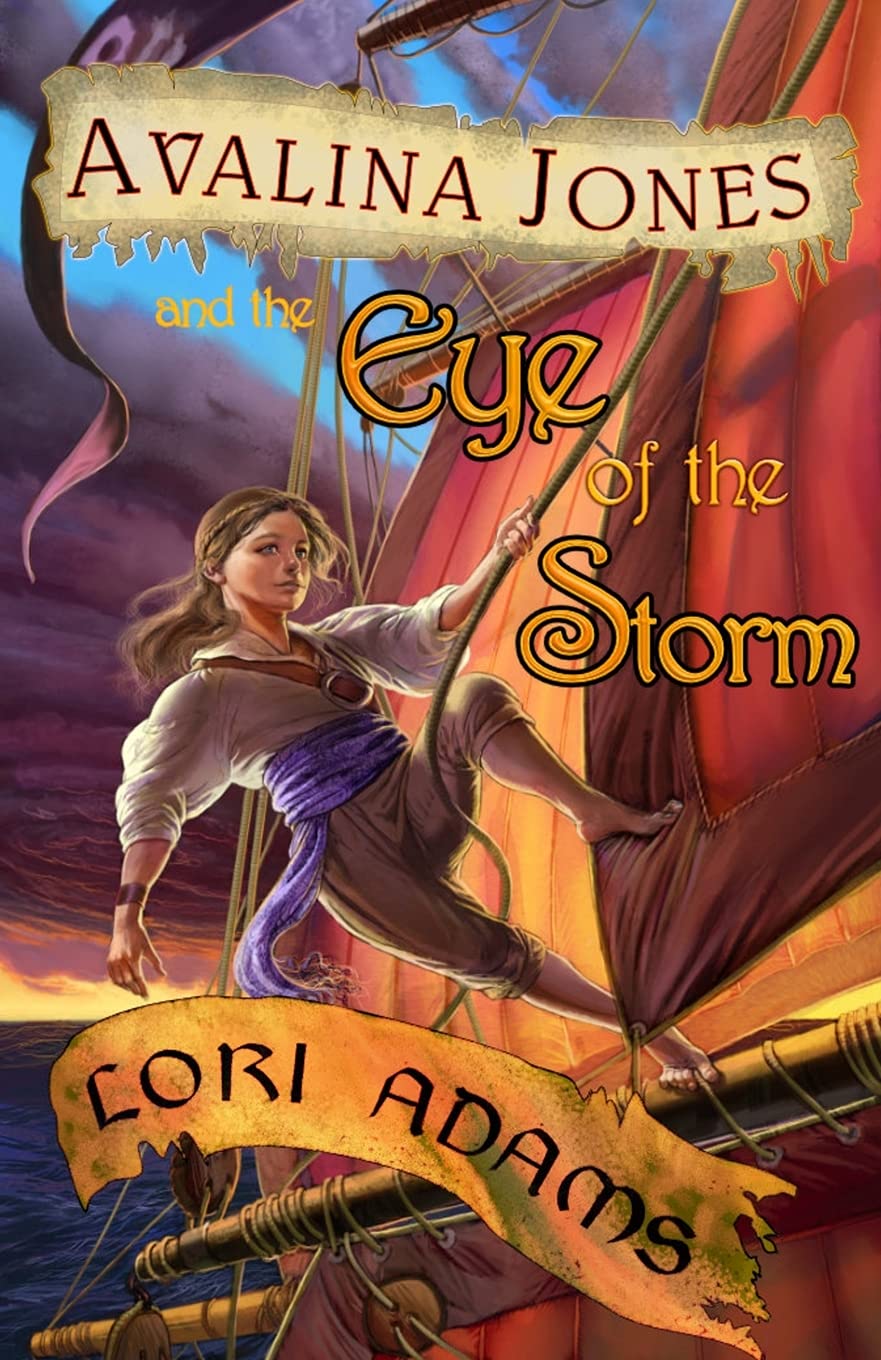 Publisher’s Synopsis: When a young girl learns she is the Last Heir of the legendary pirate Davy Jones, she is whisked away to begin life aboard an enchanted schoolship for Pirate Heirs where danger and excitement awaits.

Contemporary kids who happen to be Heirs of the most villainous and celebrated pirates in history. Superstitions, mysteries, curses, secrets, strange ocean creatures, undead pirates, and seafaring legends will thrill middle-grade readers in this rollicking, globe-trotting adventure.

Avalina Jones, the Last Heir of the infamous pirate Davy Jones, has never heard of Sea Magic, flying dinghies, Pirate Heir schoolships, phantom islands, undead pirates, or creatures called Half Ones. And she has never understood her strange connection to water. But when a beautiful woman arrives in a swirling waterspout, Avalina’s life explodes with more adventures than she can possibly imagine. She takes her rightful place aboard a giant Pirate Heir schoolship teeming with Heirs of the world’s most nefarious pirates.

Raised as a Landlubber, Avalina quickly realizes bizarre and danger are normal aboard Pirate Heir schoolships-food fights back, school supplies giggle or explode in your face. And not everyone can be trusted.

When Avalina is accused of a terrible crime, she must prove her innocence or risk being banished from the schoolship forever-and this in the middle of a crucial Treasure Hunt!

Avalina races to unlock the secrets of the ship, and makes a dangerous discovery that threatens everyone aboard. With the help of her new friends Charlie, Pippa, and Bummy, Avalina draws closer to the truth, unaware that a deeper, darker fate awaits.

Author Lori Adams expertly delivers a story that is timeless, bringing together elements of sea lore, magic, and adventure. The first book in a seven-book series, Avalina Jones and the Eye of the Storm, is a romping tale for middle graders who are searching for the next enduring fantasy classic.

LORI ADAMS is the author of the Avalina Jones series for middle-grade readers (Avalina Jones and the Eye of the Storm (#1) as well as two young adult series: The Kate March Mysteries: Speak Easy (#1) set in Hollywood during the Roaring Twenties, and the Soulkeepers Series: Forbidden, Awaken, and Unforgiven, a paranormal fantasy set in the quintessential but fictitious town of Haven Hurst, Connecticut and first published through Random House.

Lori was born and raised in Oklahoma but moved to Southern California where she lives with her family. She loves traipsing along SoCal’s wonderful beaches, watching Angel’s baseball, Cowboys’ football. Aside from writing, Lori loves reading and watching Classic Hollywood Movies.