Time for another Christmassy/winter romance tour! Welcome to my tour stop for Sleigh Bells on Bread Loaf Mountain by Lindy Miller! Loving the cover so so much! Makes me feel all fluffy.

For today’s post I got an excerpt, book/author information, and a giveaway. 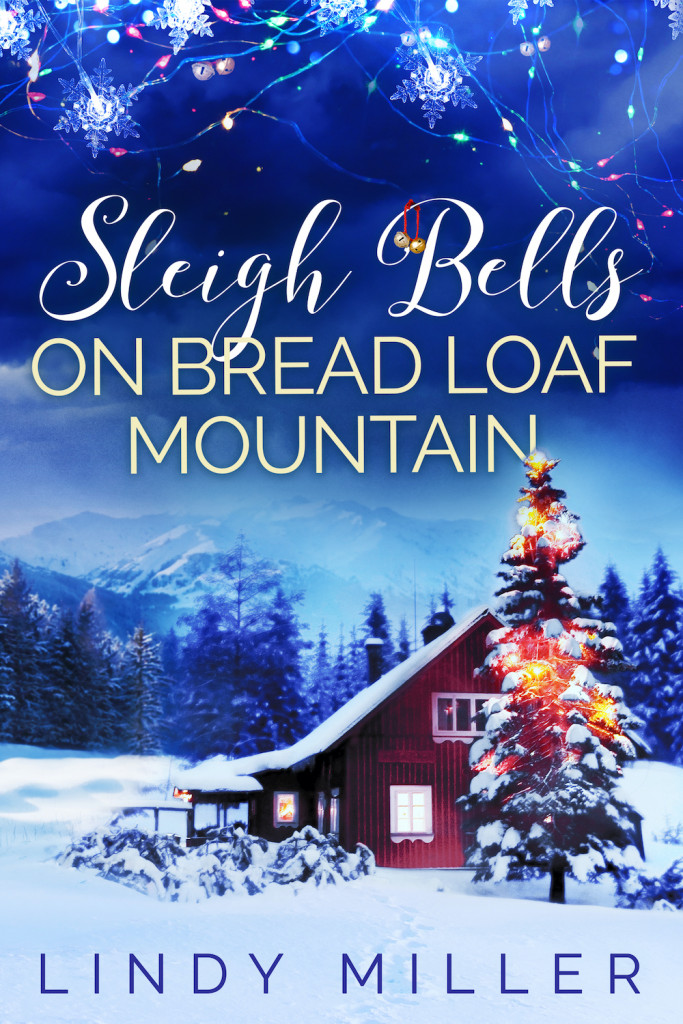 Screenplay by the writer of Rescuing Madison and A Lesson in Romance (Hallmark), and the forthcoming Aloha with Love.

Christmas isn’t fashion editor Roxanne Hudson’s style, but when she finds herself snowed in with a handsome stranger, she might just discover the magic of the season after all.

Roxanne Hudson does not like the holidays. They come with too many family obligations that take her away from work as a rising fashion editor in New York City. But this Christmas might be Grandma Myrtle’s last, and Roxanne’s parents want her to spend the holiday at the family cabin in the Green Mountains. With her boyfriend out of the country for a photo shoot, Roxanne decides to brave the long commute—and the wilderness—to spend Christmas in Vermont.

After an uncomfortable call from her boyfriend starts the trip off badly, Roxanne is blindsided by a blizzard on the snowy mountain road, where the last thing she hears before losing consciousness is sleigh bells. When she’s rescued by Mark Foster, a handsome park ranger who’s the exact opposite of everything she always thought she wanted, Roxanne seeks her grandmother’s wisdom and discovers an uncanny connection that could be a sign of what her life is really meant to be.

Lindy Miller is an entrepreneur, award-winning professor, and publishing professional. In 2011, Miller was part of the executive leadership team that founded Radiant Advisors, a data and business intelligence research and advisory firm, where Miller developed and launched the company’s editorial and research divisions, and later its data visualization practice, for clients that included 21st Century Fox Films, Fox Networks, Warner Bros., and Disney. She is the author of numerous papers and two textbooks under the name of Lindy Ryan, The Visual Imperative: Creating a Culture of Visual Discovery (Elsevier) and Visual Data Storytelling with Tableau (Pearson) Miller holds a Bachelor of Science degree in Business Administration: Entrepreneurship and Strategy, and a Master of Arts in Organizational Leadership and a Doctorate in Education, Organizational Leadership.

Roxanne found Mark in the den, tending to the fire. She watched from the doorway as he added a few large logs and extra kindling to the dulling flames. The sounds of crackling wood came from the fireplace, along with flickering light which danced in shadows across Mark’s handsome face. He must have brought in the wood from outside, because he was wearing a down jacket open over his charcoal gray shirt and flecks of frost still glistened in his beard. He’d left his snow-caked boots at the door. He was barefoot, and the edges of his jeans were darkened by melted wet. Bogie was still fast asleep on the rug by the hearth, completely undisturbed by his master’s work at the fire.
Mark’s attention stayed fixed on the fire when she entered, her arrival muffled by the padding of the woolen socks. Roxanne cleared her throat in greeting. He looked up and an expression like surprise passed across his face before he blinked it away and returned to his work. Roxanne shifted in her socks. Had she vastly overestimated the appeal of being dressed in men’s clothes?
“Is something wrong?”
“Not at all.” He made a noise like a laugh was hiding in his breath. “You just look, well, different.”
“It’s bad, isn’t it?” Roxanne was flustered. Okay, so what she’d thought was the all-natural, fresh-from-the-shower look was apparently playing less boyfriend chic and more homeless girl in oversized clothes and wet hair. She tugged on the shirt and fingered a piece of hair that had fallen loose from her bun. This was more embarrassing than finding herself bundled in a rescue blanket in the snow. What she wouldn’t give for a proper tube of lipstick right about now, or one of her own sweaters that knew how to hug her curves. Frumpy was a far cry from fabulous.
Mark leaned the poker against the edge of the stone fireplace. He didn’t look at her as he lifted a bellows and breathed air into the fire. “You look …” His voice trailed off as he puffed a few more blows out of the bellows. He seemed to be stuck trying to find the right word.
“That bad?” She fake-laughed to hide her discomfort. If he said yes, it might be worth spending the night freezing in her car rather than warm and humiliated in the cabin.
He squeezed one last breath out of the bellows and let the instrument drop limp between his knees. “Beautiful, actually,” he said into the flames. He let the words hang in the air for a moment and busied himself messing with the already brightly burning fire. “You look warm and comfortable,” he went on, and swallowed heavily. “I think you’re even prettier now than you were before.”