A merry welcome to the Book Blitz for Merry Misfits by Cambria Hebert! This book is part of the House of Misfits series with 100% holidays, Christmas, fun and romance.

For today’s blitz I got information on the book/author, an excerpt, and a giveaway (you can win a book or a gift card). 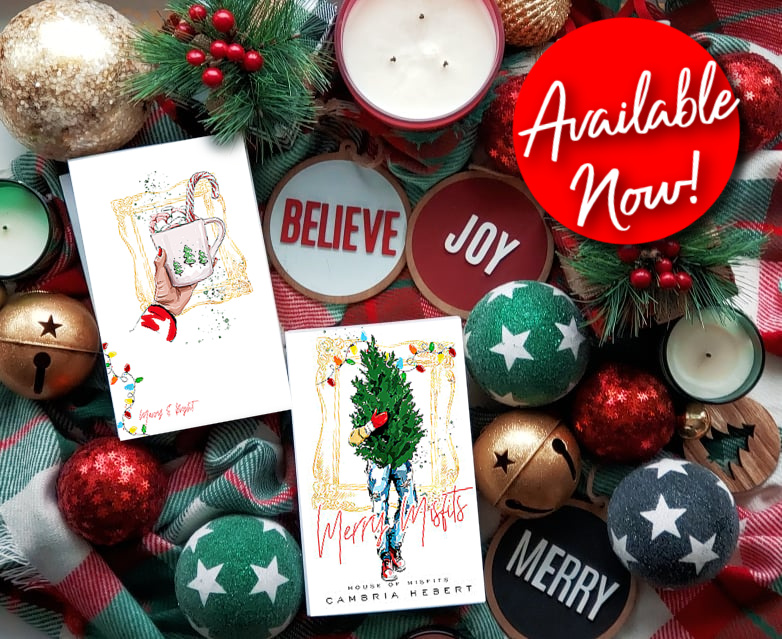 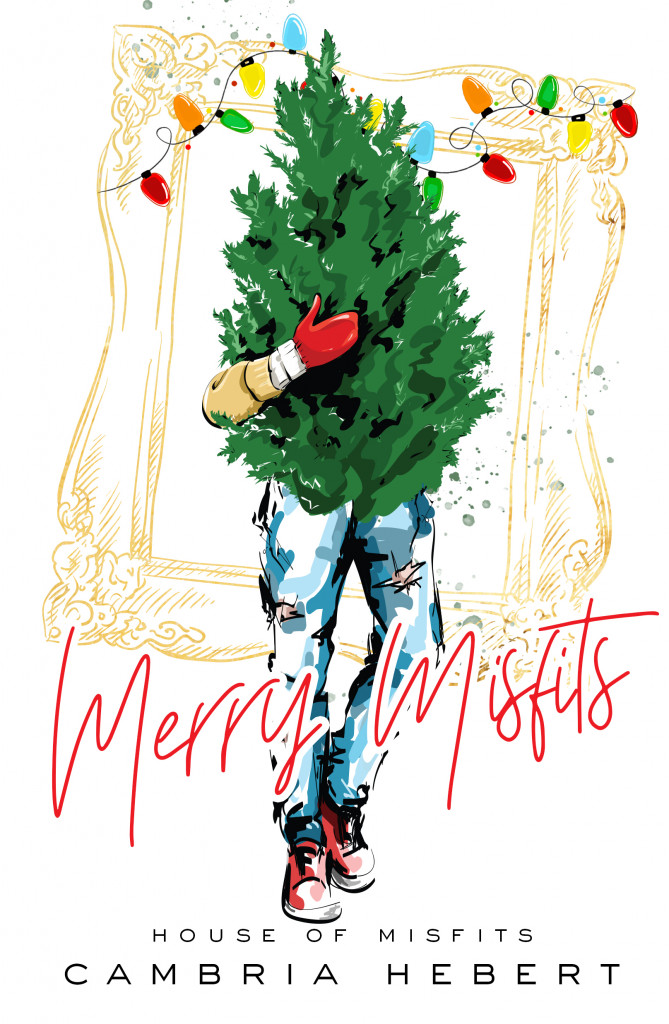 Once upon a time…
A lost prince was robbed of the magic of the holiday season.
Ribbons, glitter, tree-trimming, and love all denied for hateful reasons.
What once was lost is now wondrously found.
And, naturally, holiday shenanigans will abound.
New York City is blanketed in pure white snow,
the perfect date night setting to make your heart grow.
Beneath the twinkling lights, the scent of fresh pine mingles,
and the warmth of chocolate-filled mugs chase away any grinchy-grinch tingles.
Zip up your coat and tug on your hat
because spending this holiday season with your favorite misfits is where it’s at.
For even the grumpiest grump of the bunch will have to admit
‘tis the season to be a merry misfit.

Experience the magic of New York City at Christmas with Fletcher and the rest of the misfit family as they create family traditions and memories through special dates and holiday fun.
Be prepared for lots of fluff, laughter, grumbling grumps, swoony romance, and surprises!
Merry Misfits is a special House of Misfits holiday novella featuring the entire misfit family
and is told in alternating POVs from some of your favorites.
Merry Misfits is approximately 48,000 words and is book five in the series. 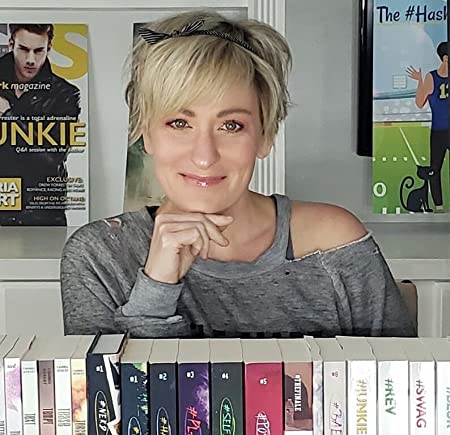 Cambria Hebert is an award winning, bestselling novelist of more than twenty books. She went to college for a bachelor’s degree, couldn’t pick a major, and ended up with a degree in cosmetology. So rest assured her characters will always have good hair.
Besides writing, Cambria loves a caramel latte, staying up late, sleeping in, and watching movies. She considers math human torture and has an irrational fear of chickens (yes, chickens). You can often find her running on the treadmill (she’d rather be eating a donut), painting her toenails (because she bites her fingernails), or walking her chorkie (the real boss of the house).
Cambria has written within the young adult and new adult genres, penning many paranormal and contemporary titles. Her favorite genre to read and write is romantic suspense. A few of her most recognized titles are: The Hashtag Series, Text, Torch, and Tattoo.
Cambria Hebert owns and operates Cambria Hebert Books, LLC.

The blowing wind was crisp, the scent of snow heavy in the air, promising more than just the fluttering flakes we were enjoying now.
It was dark, but there were so many lights the streets glowed.
“Are we almost there?” Fletcher was impatient against my ear.
Pausing to hike his slipping body higher on my back, I said, “Almost.”
“Just tell me already!” he implored, releasing the grip he had around my neck.
“Don’t even think about it,” I told him.
He made a rude sound, but his arms looped around me once again.
“This is ridiculous,” he grumbled.
“You love it,” I teased.
“Me?” He scoffed.
“You mean being given a piggyback ride through the streets of New York City while being blindfolded is not something you love?” I stopped walking. “My apologies. I’ll just turn around and go home, then. You can remove that blindfold.”
I started lowering him to the ground.
“Wait!”
I paused, grateful he couldn’t see my wide smile. “Change your mind?”
“Keep going.”
Adjusting him again, I started off.
Up ahead, Rockefeller Center sat like the centerpiece it was. The seventy-nine-foot giant tree was lit with thousands of colorful lights, and the glowing star on its top was a pride of the city. It towered grandly over The Rink, a famous ice skating rink, which glowed from purple LED lights and was surrounded by well over one hundred flags furiously flying in the wind.
Slowing my footsteps, I came to a stop, enjoying the feel of Fletcher against my back, legs wrapped around me and impatient breathing at my neck.
In my quest to give Fletch a memorable Christmas, I’d also given one to myself.
“E…” Fletcher worried. “I said keep going. I’m not embarrassed.”
I laughed beneath my breath. “Why on earth would you be embarrassed?”
“Because I’m a grown man getting a piggyback ride through the city.”
“Down you go,” I said, lowering so he could stand.
“No!” He clung tighter, refusing to put his feet down. It was a good thing I did so many squats at the gym. “I said I want to see my surprise.”
“We’re here.”
He paused. Then, “Oh.”
When he was standing, I turned, smiling at how he was turning his head like he was gazing around even though he still had on a blindfold. “How’s the view?”
His lower lip jutted out in a pout. “Not funny.”