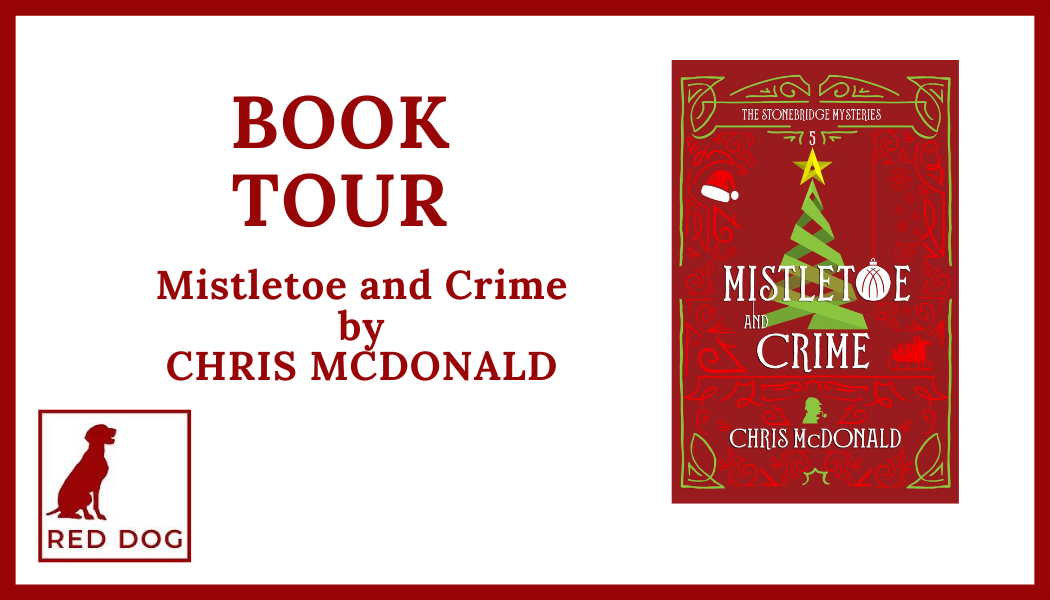 A big WELCOME to the Book Tour for Mistletoe and Crime by Chris McDonald! The 5th book in the Stonebridge Mysteries and of course I had to sign up! I loved the other book I read in this series and still plan on reading them all!

For today’s post I got a 4.5 starred review + book/author information.

I received this book from the publisher/author in exchange of an honest review.

So a few months ago I participated in the Book Blast for the fourth book in the series, and so of course I had to participate in the next book as well! Murder x Christmas x meeting the guys again, yes, yes please.

In this book an older man named Gerald Agnew is found dead (by one of our main guys). I have to say I was a bit surprised as the blurb mentioned he was a legend and regular town Santa… however in the first part of the book he is just known as a drunk and crazy person who isn’t afraid to bother people. It is only later that we find out that he was offered the job of Santa instead of the one doing it normally…. So he wasn’t a Santa. Neither a regular or anything. He died before he could be one. So that was a bit of a shame, that was one of the main things why I wanted to read this book. Who would kill Santa?

But thankfully the book was still so so much fun to read! I loved reading about Adam and Colin and see them go into all sorts of twists and turns to get to the bottom of the case. I was a bit shocked that they retired for a year (which is also why I was a bit confused while reading because in the previous book they were still hot on various cases). But I am happy to see the boys back on solving cases and getting in the thick of it. I loved seeing them speak to people, do some illegal things (breaking and entering and buying drugs) just to get some information out of people. There was a bit of danger involved even.

I had fun puzzling along with the boys and my list grew with each new twist/turn/revelation. In the end I definitely didn’t see the whodunnit coming. Yes, I had one thing correct about that person (was sus about them from the start, haha).

Along with the mystery we also have a full blown Christmas mood in this book which was just a delight as I am really getting into that and books like this are perfect to get me even more in the mood. And then there is the whole proposal thing that just had me in stitches and which also lightened the exciting mood of the mystery.

All in all, I had tons and tons of fun reading this one and I would recommend it! 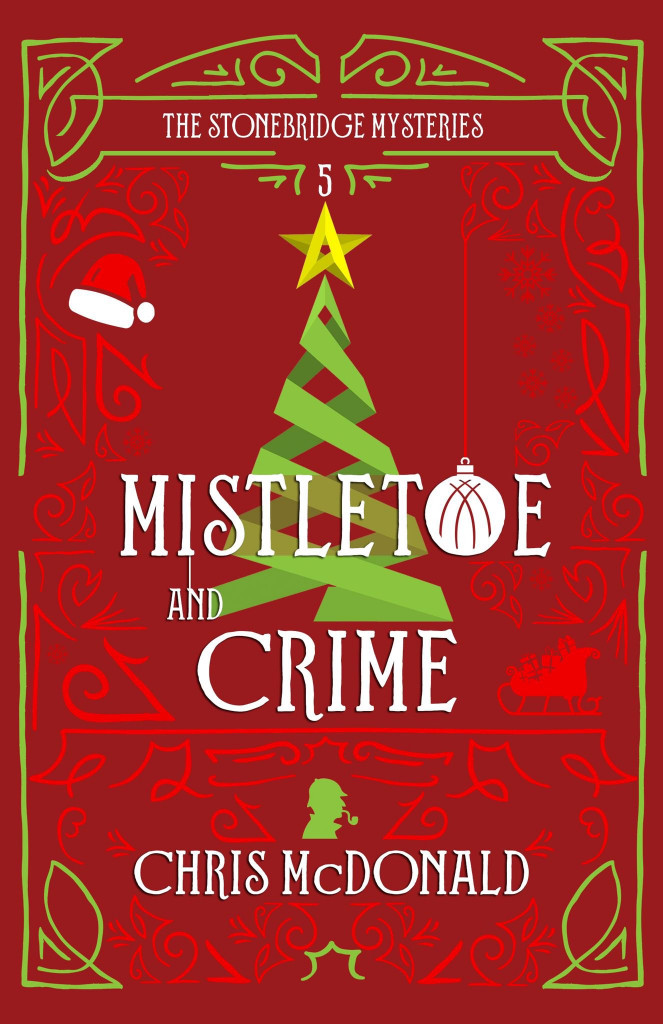 A year since their last case, and Adam and Colin are pulled out of semi-retirement when Stonebridge legend and regular town Santa, Gerald Agnew, is found dead in the snow.

The police believe his death to be a drunken accident, but evidence that our amateur detectives uncover points to something more sinister.

When DI Whitelaw dismisses their claims, Adam and Colin must navigate drug dealers, deception, and department store Santas to get to the truth.

Mistletoe and Crime is the fifth in the Stonebridge Mysteries series of cosy crime novellas.

Originally hailing from the north coast of Northern Ireland and now residing in South Manchester, Chris McDonald has always been a reader. At primary school, The Hardy Boys inspired his love of adventure, before his reading world was opened up by Chuck Palahniuk and the gritty world of crime.
He’s a fan of 5-a-side football, has an eclectic taste in music ranging from Damien Rice to Slayer and loves dogs. 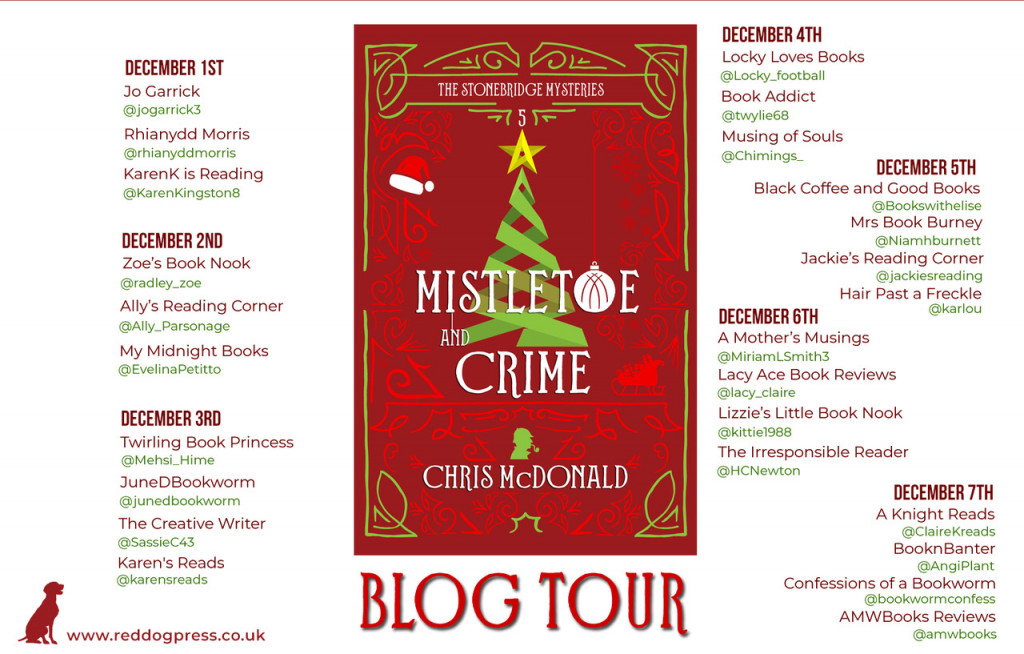 This Book Blast was organized by: 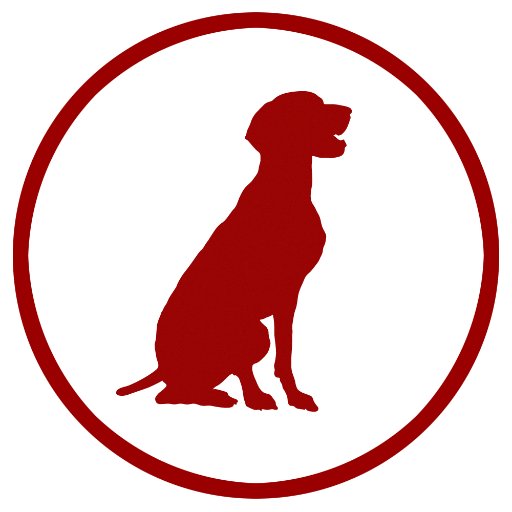