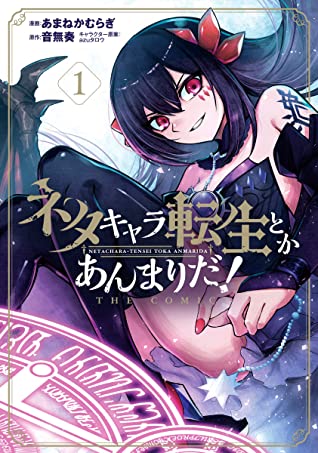 A fun manga about a guy who gets isekaied into the female character he created for a game.

I was looking for some adventure and shoujo-ai manga and bumped into this one. It sounded hilarious and I was curious how a guy was going to be doing now he is a girl. And has extra-ordinary powers.

In this one we meet a girl named Nachtschatten (Nachtschaten), well this girl is no normal girl. It is a guy. And this is the character he used when he was playing a very popular Real World Online. You can imagine his confusion. One he is reincarnated as a character, two where the heck is he (he determined quickly that he wasn’t on Earth nor in the game), and three OMG I am a girl now? That last one let to the standard anime/manga way of touching ones boobs and then discovering your penis is of course also gone. XD I had a giant laugh when this part came up: “The last memory I have of the real world is… the conventional way to get reincarnated, saving a girl from being run over by a truck.” Yep. I love it when people get isekaied and now full well it was all Truck-kun’s fault again. XD

In this first volume we learn about Nachtschatten, you can call her Nacht-chan. We see how she (I will just call her that as he seems to be OK with it) discovers her powers (and boy she got some kick-ass powers), how the things work in this world, discovers wings and flying, and says some cringy lines to girls (which even make her cringe and wonder wtf is going on). And we see how she is getting more comfortable in her new skin, the lines are blurring. I had such a laugh at how protective she is of girls and how she tries to woo them. Her first girl is Aisha. A sweet girl who was being harassed by bandits. Haha, I felt so sorry for those bandits. Yes, they had dirty souls and intentions.. but this was maybe a tad overkill? XD And later on as the story continues I just felt more for those bandits. They screwed with the wrong girl. And her new girlfriend. Yep. Given all that Nacht-chan has given Aisha.. well, you just have to read that part. But it made me laugh. Though poor Aisha who didn’t know about it.

I love Aisha and Nacht-chan relationship, definitely hoping for a bit more action, teehee. They would make quite a nice couple.

There are a ton of things happening in this one, we even meet dragons and get a big battle (well, not really big given Nacht-chan, but hey it is the thought that counts). I am normally not such a big fan of overpowered characters, but Nacht-chan isn’t too bad. She doesn’t brag about it, she doesn’t use it all the time only when it is needed, she tries to hold it back (with that bracelet for instance).

The art was pretty decent, I quite like the design, especially Nacht-chan’s.

I am excited for the next volume as it seems we got new people both lurking around and actually being around. I am curious what is next for Aisha and Nacht-chan. I want to see Nacht-chan add some more girls to her for now one-person harem. Yes, I am sure that she will.