A HOT welcome to the Book Blitz for Hot for Me by Tam DeRudder Jackson! I am excited to be part of the sizzling Blitz because this book sounds so good! Sexy, hot, and fun~ Featuring bands and fame, oh yes~

For today’s Blitz I got an excerpt, a giveaway (open INT), some sexy teasers, and book/author information!

Ready? Let’s get partying and let’s get hot! 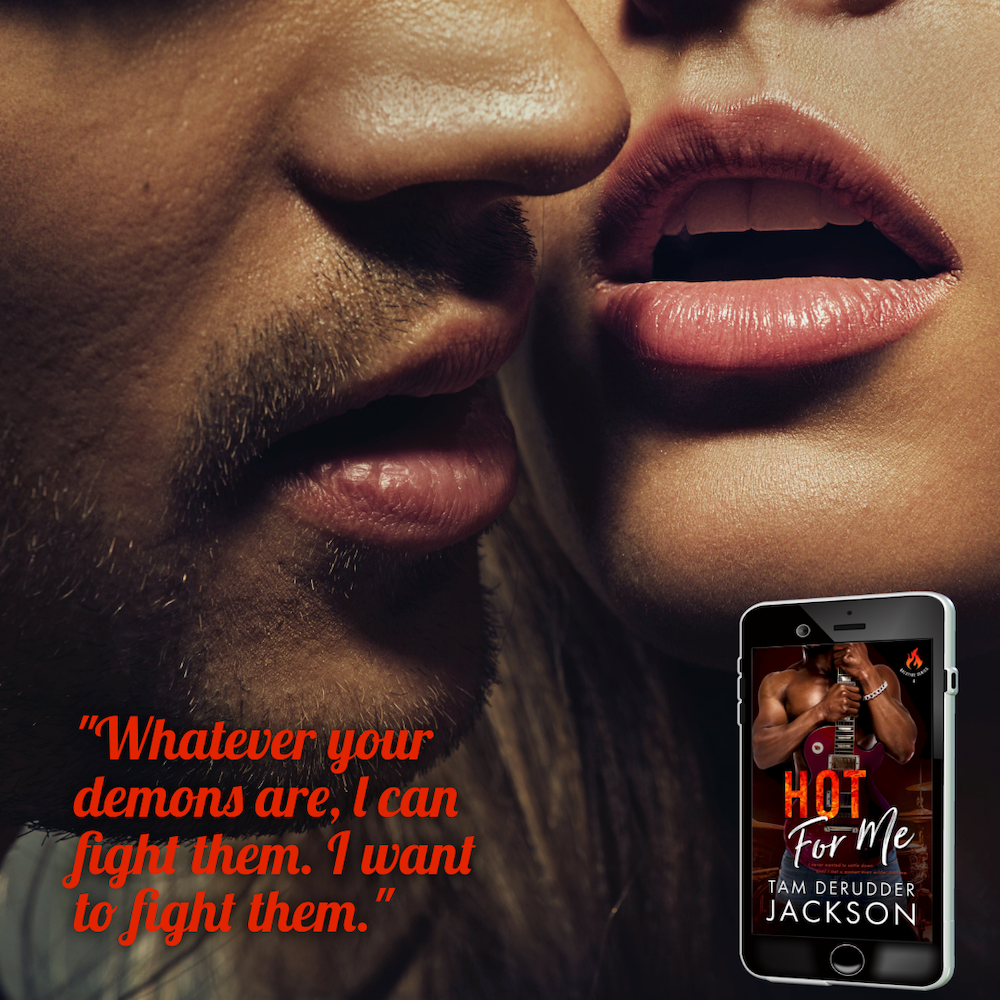 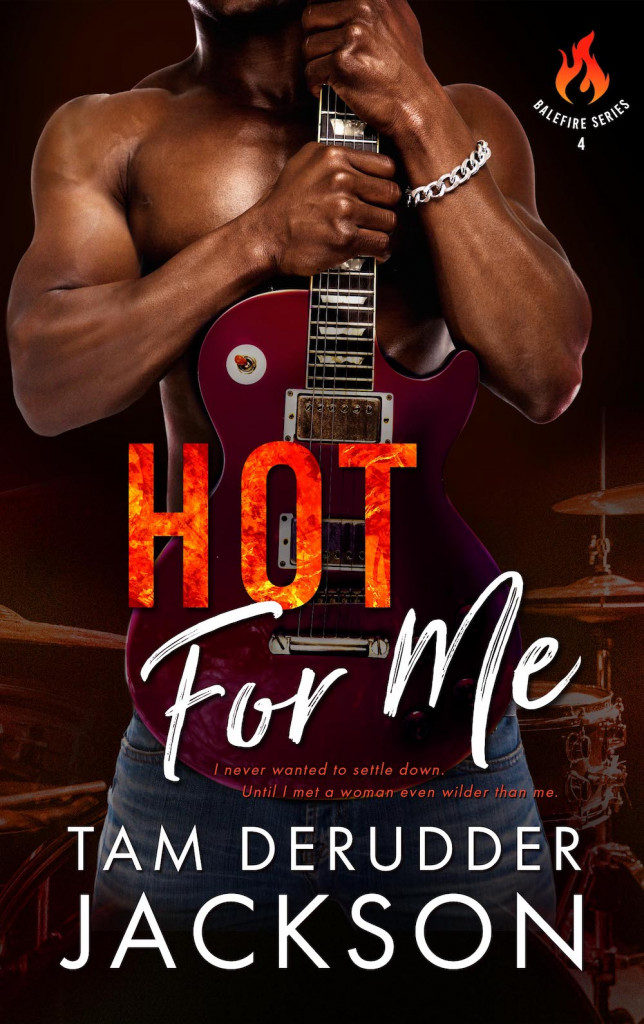 A bonafide pop diva, all sass and scandal, Cristy Valor commands headlines wherever she goes. The tabloids love her—and love to hate her. From the first time her sexy alto voice rolls over me, she has all my attention. When she joins Balefire on our latest tour, she sashays across the stage in her wild-ass costumes and parties hard enough to keep up with my boys and me. She drives me batshit crazy—and I love every second of it.

Our sizzling chemistry could shoot a rocket into space, and it’s not long before I crave her. For the first time in my life, I want to share everything with a woman. But Cristy is hiding something, something that holds her back from giving me all of herself. She’s about to find out that I’m a patient man—and I always get what I want.

Adam Tron is the poster boy for tall, dark, and sexy. His bass rhythms are enough to make me cream my panties every time I hear them. Flirting with him during our live shows is a rush but nothing compared to what happens when I finally give in to my lust and share his bed. The problem is, sex isn’t all he wants.

For my entire career, I’ve set the narrative, teased the tabloids with scandals that kept them too busy to look into my past, too busy to discover the secret that could end the party for good. Adam Tron could wreck me, steal my heart—and my music. I can’t let him in. I can’t let him discover the secret behind the nightmares I have nearly every night. He thinks he can slay all my monsters, and it would be so easy to let him. But if he finds out the truth, will he still be hot for me? 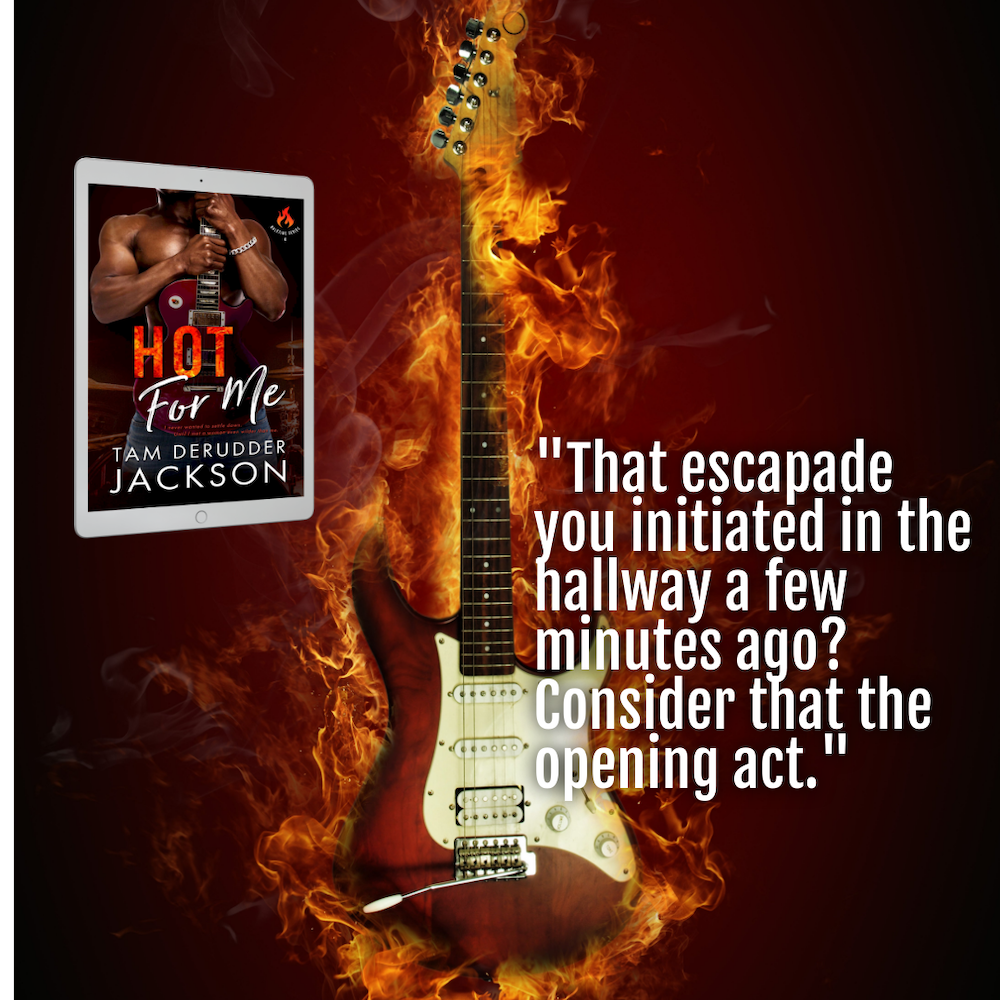 Tam DeRudder Jackson is the author of the paranormal romance Talisman Series and the contemporary romance Balefire Series. Her favorite “room” in her house is her back patio where she dreams up stories of romance and risk. When she’s not writing her latest paranormal or contemporary romance, you can usually find her driving around with the top down in her convertible or carving turns on the slopes of the local ski hill. The mom of two grown sons, Tam likes to travel, attend rock concerts, watch football and soccer, and visit old car shows with her husband. She lives in the mountains of northwest Wyoming where she spends most of her free time trying to read all the books. Her TBR piles are threatening to take over her office, and she’s fine with that.