Welcome all to the exciting and thrilling Book Blitz for Two Truths and One Liar by Deidre Riordan Hall!! OMG, this book just sounds so EPIC! Combining my favourites (Boarding School x Mystery) together! Eep!

For today’s post I got an excerpt, a teaser, a fun giveaway, and of course book/author information!

Let’s get started on this blitz~ 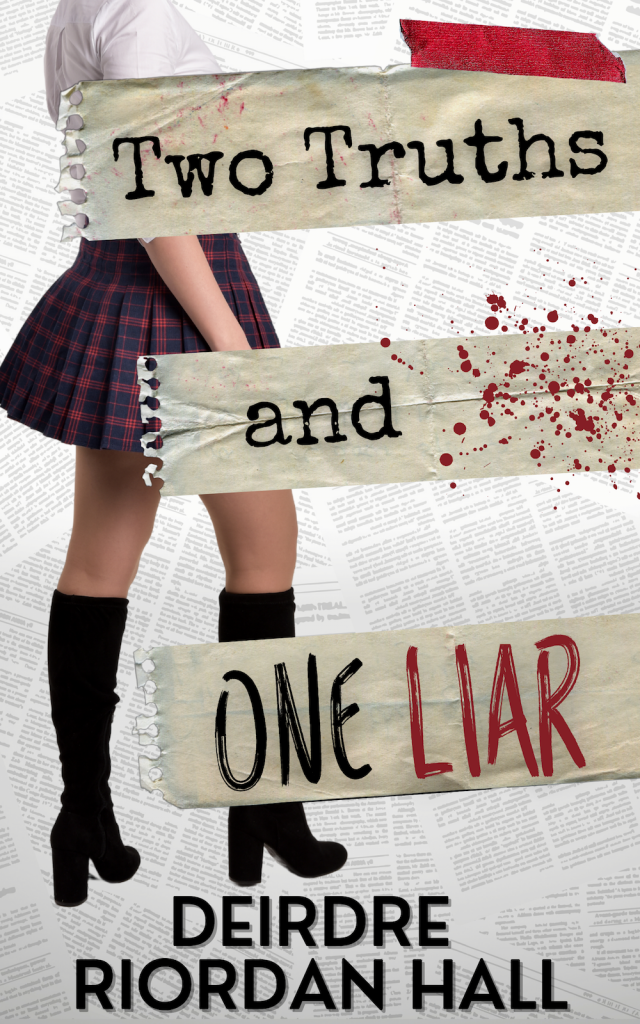 Knives Out meets One of Us is Lying with a hint of the Inheritance Games. Like the original whodunnit, Clue, this suspenseful mystery also has three possible endings explaining what could have happened.

Every year, at a prestigious boarding school, Professor Groff hosts the Midnight Masquerade. But this year, before the festivities, he’s discovered dead in his office. Yet six students still receive invitations. The same six students who’re questioned about his murder.

The show must go on. At the Masquerade, two additional students claim to know the truth. The lights go out and when they come back on, one of them is dead. Anyone could’ve been at fault.

Francisca blind in one eye and deadly on the rugby field. Toshi a number ninja and the campus punching bag. Taz who struggles with anxiety and lingers in the shadows. Fish the golden boy hiding wounds and not only in his heart. Caroline the heiress and the image of perfection. Gorgeous George the resident Greek God with nothing to lose.

The six receive anonymous notes, making them question themselves and the assumptions they’ve made about each other. Brought back together, they must prove their innocence before the all-school meeting the next morning, otherwise, they risk humiliation if their secrets are exposed exposed—and worse, if they’re found guilty.

It’s a long night of theft, danger, and threats by a secret society that shows Professor Groff was right during his final lecture.

Everything that can go wrong will. 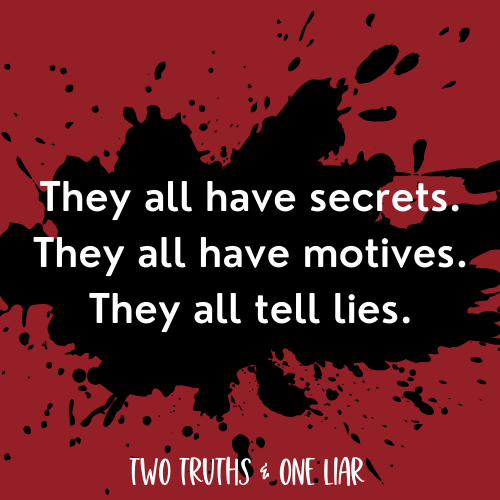 Deirdre Riordan Hall is the author of the contemporary young adult bestsellers Sugar and Pearl as well as the High School Murder Mystery series. She’s in an ongoing pursuit of words, waves, and wonder. Her love language involves a basket of chips, salsa, and guacamole, preferably when shared with her family.

Dean Hammond straightens a stack of papers then looks up. With a severe lift to her eyebrow, she scans those of us present, and then says, “Oliver Groff was found dead in his office at 3:22 pm, shortly after his last class of the day.”
A weight in my stomach sinks just as it did when Arpad made the announcement in the dining hall. Questions roll through my mind and collide when the realization hits me full force. He was alive, teaching earlier today, making dire pronouncements about how basically everything sucks.
Boy, was he right. Now, he’s gone.
The circumstances were different the first and second times someone in my life died but the familiar emptiness, the void, vacancy returns—or maybe it never left.
“Yeah, we heard—” George’s tone tells me he wants to say something more about loss and tragedy, something sentimental perhaps, but he’s hard-wired for nonchalance as the campus crush and most likely to smoke, hook up, and skip classes.
Caroline clasps her hands in front of her chest. Her knuckles pale. “I’m so sorry to hear that.” She pauses. “He was an…efficient teacher.”
I imagine she struggles to think of a nice thing to say about Groff. I sneak a glance at the others because I can’t be the only one wondering why we’re here.
Arpad already announced the news in the Refectory. There’s a good chance not everyone was there. Hammond inhales.
“Francisca Thompson-Sanchez, nice seeing you again.”
Francisca’s expression doesn’t suggest the feeling is mutual, although she is wearing a mud-streaked rugby uniform and likely feels as out of place in the plush office as I do.
“Can you please tell me where you were from the end of English class until now?” Hammond asks.
She focuses on something on the wall behind the dean but her hands tremble slightly. “I went to talk to Mr. Groff after class, but he looked, um, busy. Then I went to the bathroom.” She glances at Caroline. “Uh, then my dorm, followed by rugby practice, and then the Refectory.”
Arpad writes rapidly on a yellow pad.
Hammond’s penetrating gaze lands on a math whiz, gamer kid whose dorm room is by the day student room in my dorm. “I was at the Library then Refectory.” He speaks clearly, but he’s all-over sweaty.
“Tazmin King?” Hammond says, going down the line.
“Taz,” she corrects. Eyeliner stains the space around her big brown eyes like she’s been crying. “After class, I went to my dorm and then dinner. If Oliver died, it was because of a broken heart,” she blurts. Emotion streaks across her features, but she captures it and makes it disappear.
“And how would you know that, Tazmin?” Hammond’s tone is dark.
“It’s none of our business,” she answers. Then it’s as though she ghosts even though she’s still in the room with us. Hammond barely conceals a look of disgust.
“Moving on. John?”
“Maybe the professor was tired of his life and wanted to escape. Suicide? Or maybe he just wanted out. Faked it. On a plane to Tahiti.”
By Hammond’s pinched expression, I instantly realize this is the wrong answer. My sweat now rival’s Toshi’s. I cannot get kicked out. I cannot afford to go back to Burningham. Whatever this is about… I cannot lose my spot here.
“No, we found the body. Poetic though. However, the question was where were you this afternoon?” Accusation fills Hammond’s tone.
“I’m sorry, ma’am. I misunderstood. I was in the dayroom at my dorm, Varth Dader, then lacrosse practice in the lower fields.”
She glances at me dismissively and nods at Caroline. I know all too well not to allow relief to replace the nerves inside. Best to stay alert.
“I was with the Promenade committee, finalizing some items for tomorrow. Wait. You’re not canceling prom because of this are you?” Typical Caroline, always concerned about her agenda.
The goth girl, Taz, narrows her eyes. “It should be after the tree went up in a blaze and now Oliver, I mean Professor Groff, is dead.”
Hammond hardly looks at them. “Ladies, that’s none of your concern. Now, George. If you please.”
“I was in the student center. You can ask Mrs. Carson.” He smirks. Likely, he was hooking up with someone.
“Do any of you have a reason to want Oliver Groff dead?” Hammond’s question is like a stone thrown in a lake. The ripples of this implication could be devastating.