Welcome all to a shiny new Library #1 Haul!!! dances

So despite still not feeling 100% I just needed to go outside. I just wanted to check the library and maybe some stores as well now that everything is open~ The weather was good so I decided to go!~

I had tons of fun walking through the library, it was clear that things were open again. Libraries have been open all the time during this lockdown, but it was pretty quiet at times. Now though? It was pretty busy! I guess everyone was in for a shopping trip with some new library books added~ I didn’t find anything at the non-fiction new shelves, just boring books that made me yawn XD, but at English I spotted a book that I have seen on the blogosphere for a while now, namely The Love Hypothesis! Yes, I did a little dance and a tiny soft squeal to not disturb people. I also found 2 other fab new English books. I am so glad that they added these books~ After that walking through the Children/MG/YA department, picking up books here and there, and then also grabbing a few comics. So excited as these are all sequels!

And I had a nice chat with a librarian when one of the books wasn’t cooperating at check-out. I got the most expensive subscription at this library, which means that I can borrow up to 15 books and can have them at home for 2 months. She commented on it, and I told her that yes, I was using that one and that I was delighted with the long loan time because I was a true moodreader. That I often picked up books but didn’t read them until I was in the mood and that could take quite some time. XD Now I had that time!

Oh, and fabulous news! Now that stores are open that meant I could check out garden centres and pet stores as well~ I felt right enough and the timing was good to search for a new baby hamster to bring home. At one of my favourite garden centres (who I really trust with hamsters) I was shown 4 hamsters, and one was very affectionate and active. She also stood through other tests (Can she be held? How is she with biting when disturbed? How curious is she?) with shining colours! And so after all was done (library/shopping) I picked her up! I named her Mimi and she is currently still hiding somewhere in her cage. We are leaving her be, but occasionally pop in to chat with her and check up if she eating right/doing OK. Given the amount of sand from her sandbath all over the cage, I think she had fun last night when we were sleeping. XD I will be posting pictures on Twitter when she shows up a bit more. 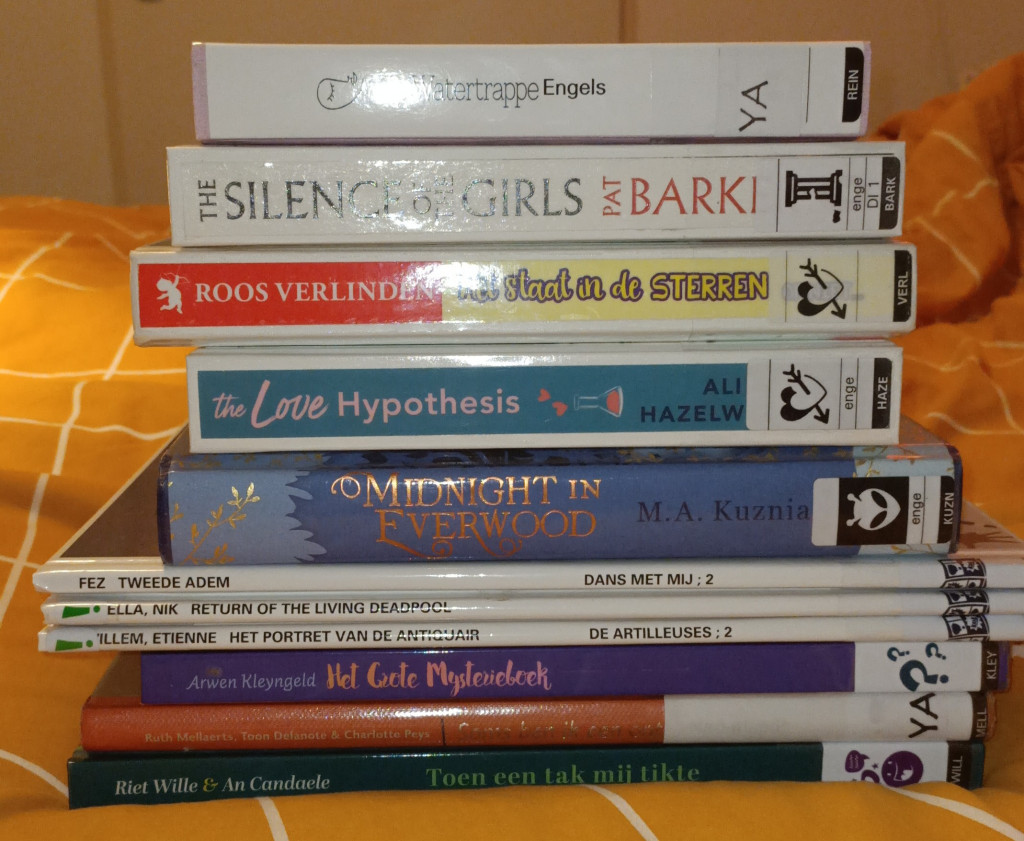