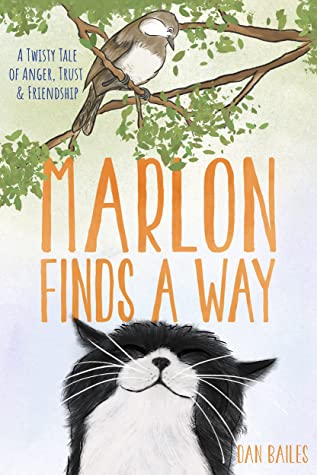 I received this book from BookSirens/the author in exchange of an honest review.

I was looking around for something cute and fun to read when I came across this adorable looking cover with a kitty you just want to pet!! I have to say I expected a picture book, haha. But a normal novel is also totally fine, if anything it is even better! More Marlon the better!

In this cute book we meet Marlon, a cute kitty who has all sorts of adventures and experiences all sorts of things. Along the way he learns all sorts of wise lessons. Like in one of the chapters he is constantly fighting his brother or making the moves to fight with him. That earns him a new nickname, a nickname he doesn’t want. But there is his momma and she has a wise lesson for him! Counting! Yep, the age old counting to ten. Doesn’t always work though I can tell you that. XD

The story is told by the mom of two boys and we get comments from the boys on the mom’s story. For most I liked it as it gave more dimension to the story, but sometimes I just pulled me out of the story and I had to re-read the before they started talking again.

The illustrations at the beginning of the chapters (and also throughout the book) were just so cute! I like the style~

All in all, I enjoyed Marlon’s adventures and I was really rooting for him! A fun and cute book!

5 thoughts on “Review for Marlon Finds a Way”