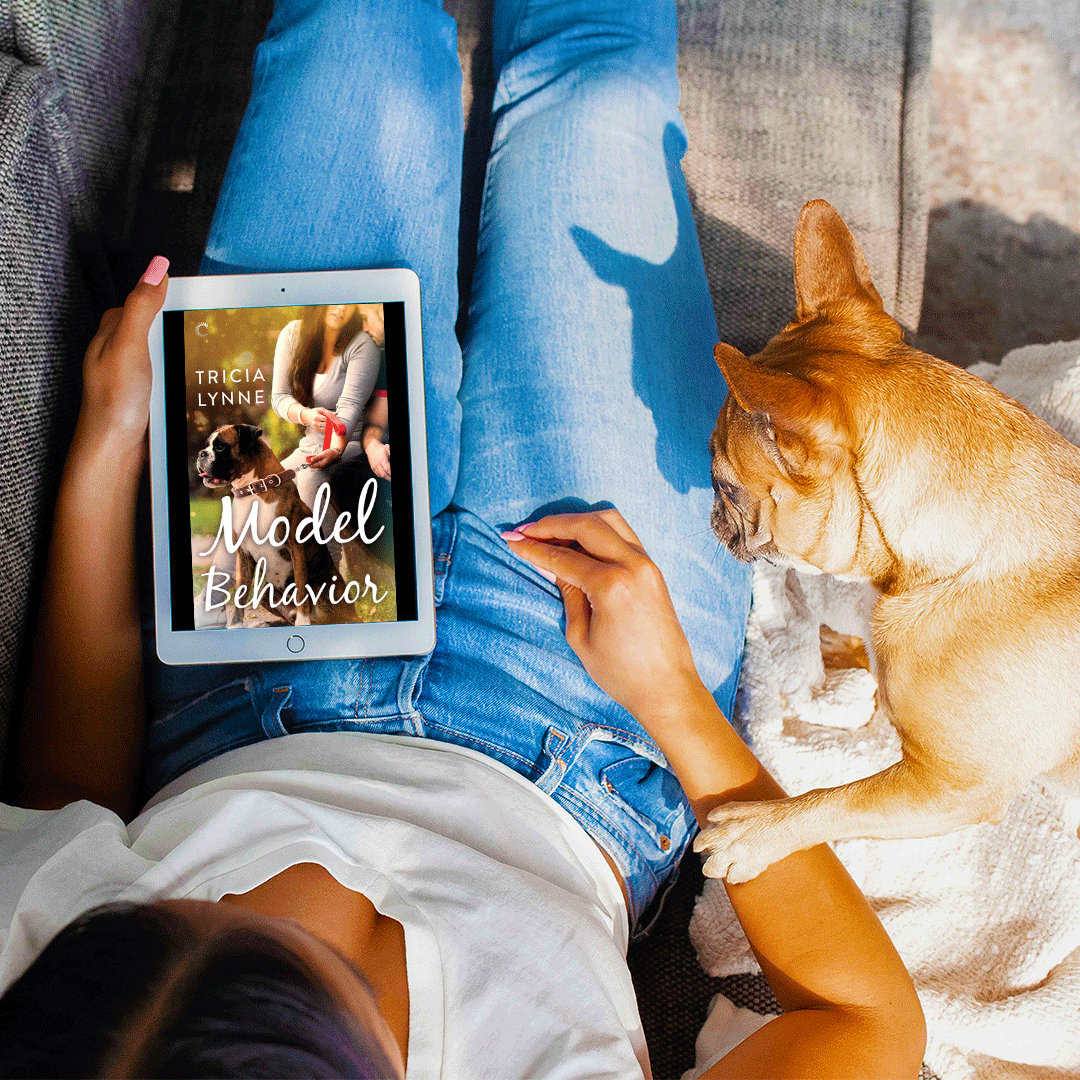 Welcome to the Blog Tour for Model Behavior by Tricia Lynne!! I just had to participate in the Blog Tour as well after being part of earlier promos~ This book just sounds too good to pass and I know for sure there are readers of my blog that will love this book!

For today’s post I got book/author information + an excerpt! Oh, and I also got a fun giveaway~ 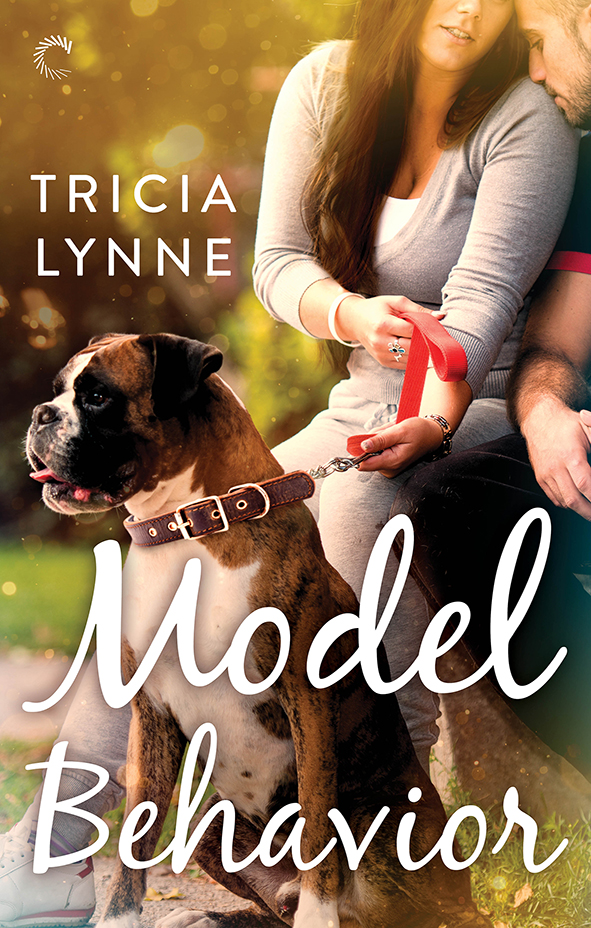 Hayes Walker is screwed.
His body is giving out, his family is bleeding him dry, and he never prepared for life after football. When the Dallas Bulldogs offer him a coaching position instead of a returning roster spot, only two things keep him going—staying fit in case another football team picks him up, and spending time with a gray-faced Boxer at the Unlovabulls Dog Rescue.
Olive Russo is a woman who can walk through a kennel in a white pantsuit without getting a spot on her. The always organized PR pro will need her cool control when she’s forced to plan a fundraising gala for the Unlovabulls with the college boyfriend who turned her inside out. A decade ago, Hayes Walker broke her heart and sent Olive into a spiral of bad decisions that she’d rather her clients not know about. Now she is determined to keep the completely lickable Hayes off her to-do list—even if their chemistry is stronger than ever.
Dumping Olive was the worst decision Hayes ever made. When the amazing girl walks back into his life a full-fledged woman, he makes a play for her heart. But when Olive’s secrets are exposed and the NFL knocks on Hayes’s door, they’ll both need to leave their past where it belongs if they’re going to make it work the second time around. 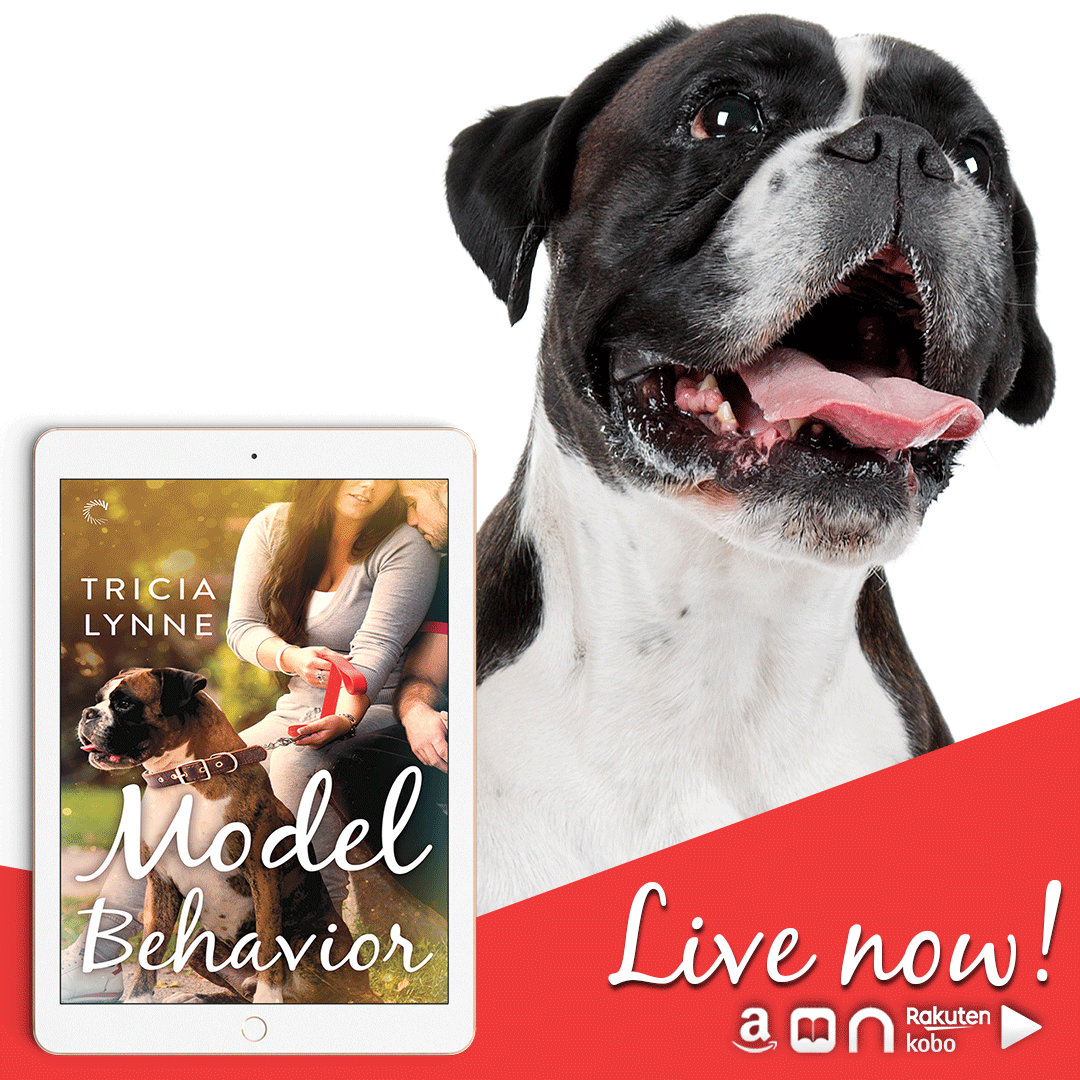 Tricia Lynne is fluent in both sarcasm and cuss words—a combination that tends to embarrass her husband at corporate functions. A tomboy at heart, she loves hard rock, Irish whiskey, dogs, and Vans shoes. She’s drawn to strong, flawed heroines. Tricia believes writing isn’t a decision one makes, but a calling one can’t resist. She lives in the Dallas area with her husband, the world’s sweetest rescued Cane Corso, and a completely terrifying Clumber Spaniel pupper.

“Pulling the curtain to the side, I watched as he fired a tennis ball the length of the room. “I thought you played defense. That looked like a quarterback threw it.”
“Huh, played being the operative word. And no, that didn’t look like a quarterback threw it, but you always were kind.”
Sadie dropped the ball at his feet. “Do you miss it?”
He picked it up and threw it again. “Playing? Yes. What playing did to my body? Hell, no.”
I watched after Sadie as I stood next to Hayes. “I bet she’d have made a great Frisbee dog, maybe even fly ball, when she was younger.”
“They always say shit like that about us has-beens, don’t they, girl? Drop it.” He scratched her head, and Sadie spit out the ball. “If only we were younger, if only our knees still had all their cartilage. If only time didn’t march on and forget about us.” He stared at the ball in his hands with a distance in his gaze. Sadie sat patiently, looking up at the man she so obviously loved with soft brown eyes and a face going white with age. These two needed each other.
Gently, I pulled the ball from Hayes’s hand and gave Sadie a scratch. Then I launched it across the room. She looked after it but didn’t go. “Oh, Hayes. This little girl is sweet on you.”
That made the laugh lines appear around his eyes. “Go get it, sweetheart.”
Finally, she darted out after it.
“I’m sorry about football. I just want you to know that you are so much more than the game. I’ve always thought that.” Today couldn’t have been easy on him, at an event with players who used to be his teammates, but now he coached them.
Hayes nodded. “I mean, yeah. I’m a football player. I’ll always be a football player. But it’s the way it got taken away from me, and the reason I even played so long in the first place.” He shook his head. “I loved playing. I wanted to play solely because I loved it, and I wanted to leave on my terms. That didn’t happen. Sometimes I’m a little jealous of Brody for that.”
Sadie brought the ball back to me, but I noticed her starting to limp a little on her right hind leg. “All done, sweetheart.” Breathing heavy, her black coat shined in the light as she circled and lay down next to Hayes’s leg. I studied his face. The lines etched into his forehead. The aching set of his jaw. This man was broken, but weren’t we all a little damaged?
Creating second chances for people was part of my job…”