Welcome all to the Book Blitz for The Cassandra Curse by Hope Bolinger!! I am so excited I can promote this book again, I also participated in the Cover Reveal last month (see here). Plus, it is my birthday so it is even more fun to promote a book that looks super fun!

For today’s post I got several teasers, an excerpt, a giveaway, and also book/author information! Yes, this post is packed!! 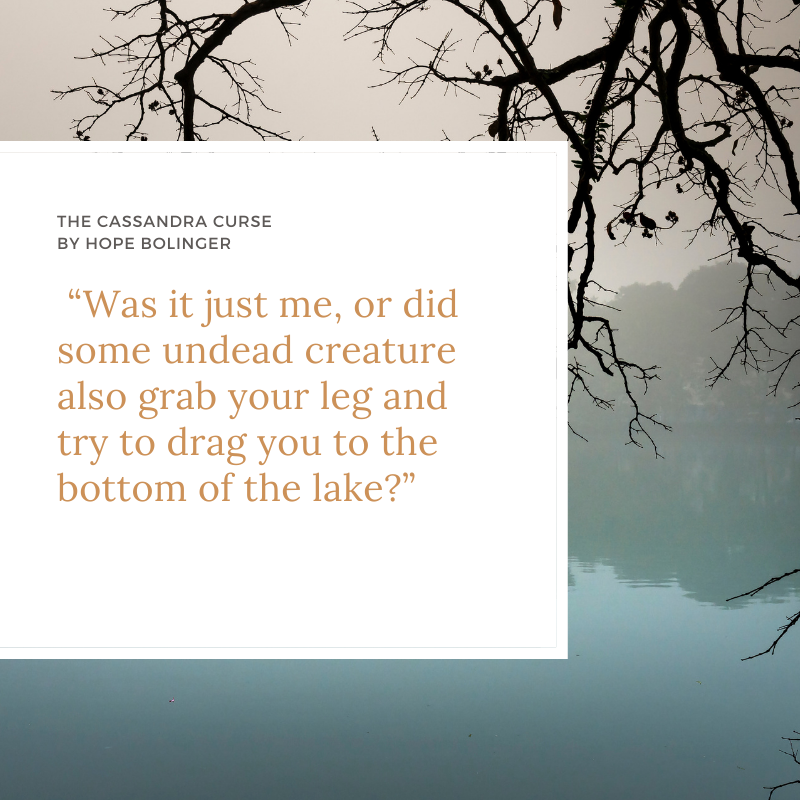 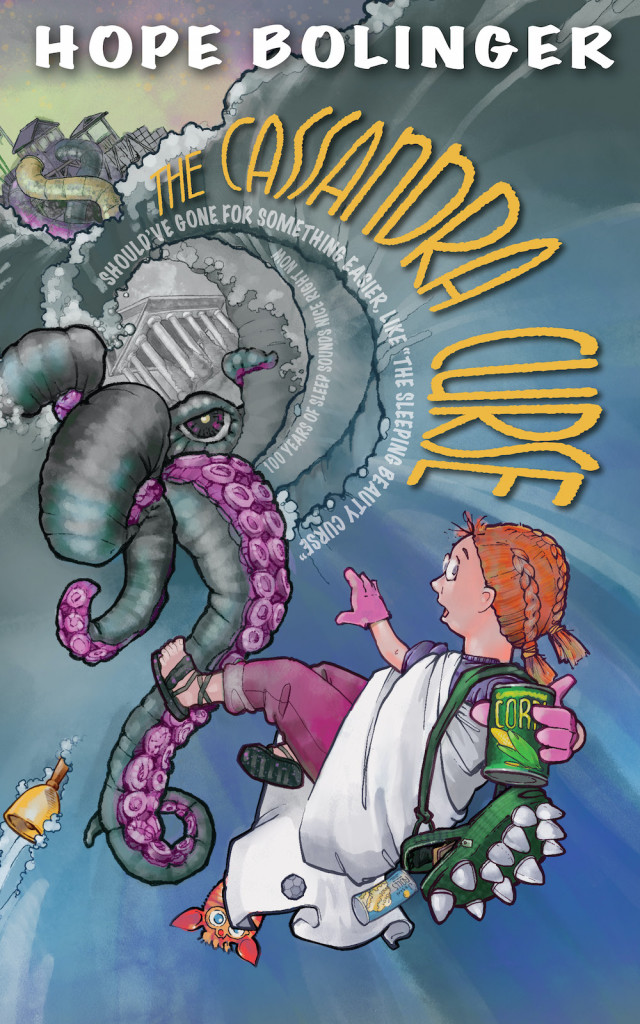 STRANGER THINGS X CURSED PRINCESS CLUB
Charity’s acts of kindness always end in disaster, but when one clown costume too many lands her in the Vice Principal’s office, she receives a mysterious note from a group called “The Cassandra Coalition,” asking her if she wants to be rid of the curse that seems to follow her.
The teens of the coalition claim to be cursed by a mirror world connected with their hometown known as Delphos. To make things worse, Delphos appears to be invading their world and turning people into zombies—either that, or someone switched all the coffee to decaf.
When one of their members goes missing, they’ll try to track her down, close the portal to their world, and find a way to end their curse, before the curse ends them. 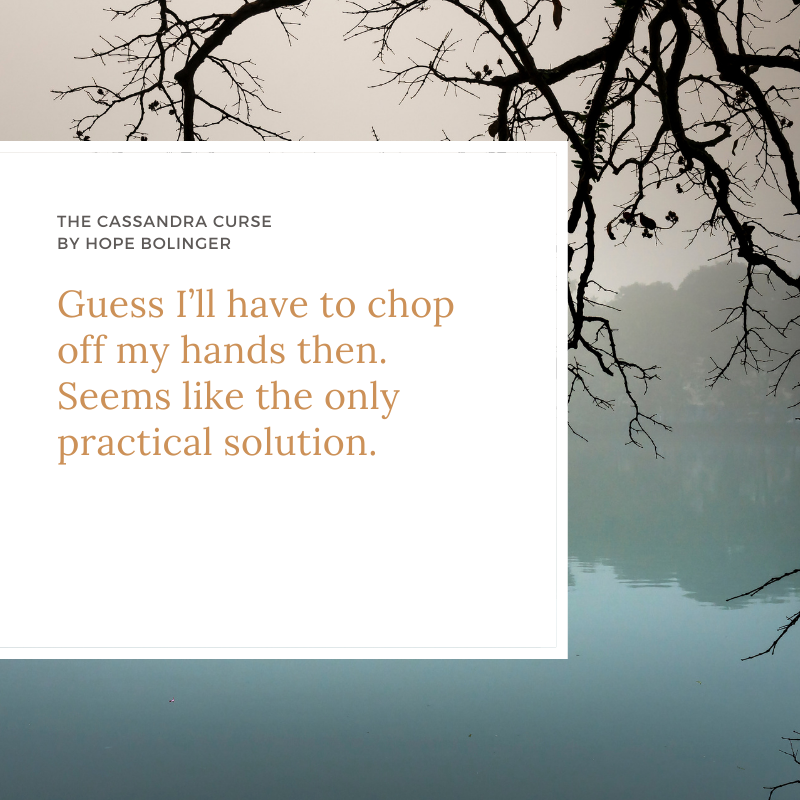 Hope Bolinger is literary agent, freelance author and editor, YA novelist, and obsessed with anything to do with theater.
Books include The Quiet and the Storm (Taylor University Press), Blaze (IlluminateYA), Den (IlluminateYA), Dear Hero (INtense Publications), and Dear Henchman (INtense Publications). She’s also contributed to books that were published by Broadstreet Publishing and New Hope.
When she isn’t busy adding to her 600+ bylines, or showing up in her town square dressed as Red Riding Hood, she loves to connect with readers.

Can I adopt this feisty unicorn of a grandma, please?
“That’s awful,” Io agreed as her grandmother placed the triangle on a half-done quilt and scooted back her chair. “It’s not even snowing that hard.”
Grandma grunted as she rose and reached for her cardigan draped on the chair. She threw it over her shoulders. Paused. “Io, dear, do you know what the opposite of love is?”
Io rubbed her bare fingertips on a navy triangle of fabric. She froze. No doubt, she’d had a hard time adjusting to the ‘no touching rule’. Charity thought back to their kitchen hug.
“That’s easy, Grandma. The opposite of love is hate.”
“No.”
Grandma raised a finger and jabbed it toward the ceiling. The white popcorn pattern had a few water stains that formed indiscernible shapes.
“The opposite of love isn’t hate. It’s apathy.” She squinted at Io and then the other two. “Not caring, indifference, whatever you want to call it. It makes you tired, lethargic, unaware of the pain of others. It can take a kind old woman and keep her at home, instead of helping to make a blanket for a family without a home.”
Remnants of the Big Sad surged back into Charity. Apathy, the word had a horrible touch of the familiar.
Is that what happened to me when Dad left?
Hadn’t the Big Sad clutched her back at the park? How the gray atmosphere had forced her eyelids near-shut and calves to trudge forward.
If she remembered right, the Big Sad acted fast and without mercy. What if the same thing was happening with the curse?
Let’s hope Cassandra gets us another clue, and fast.