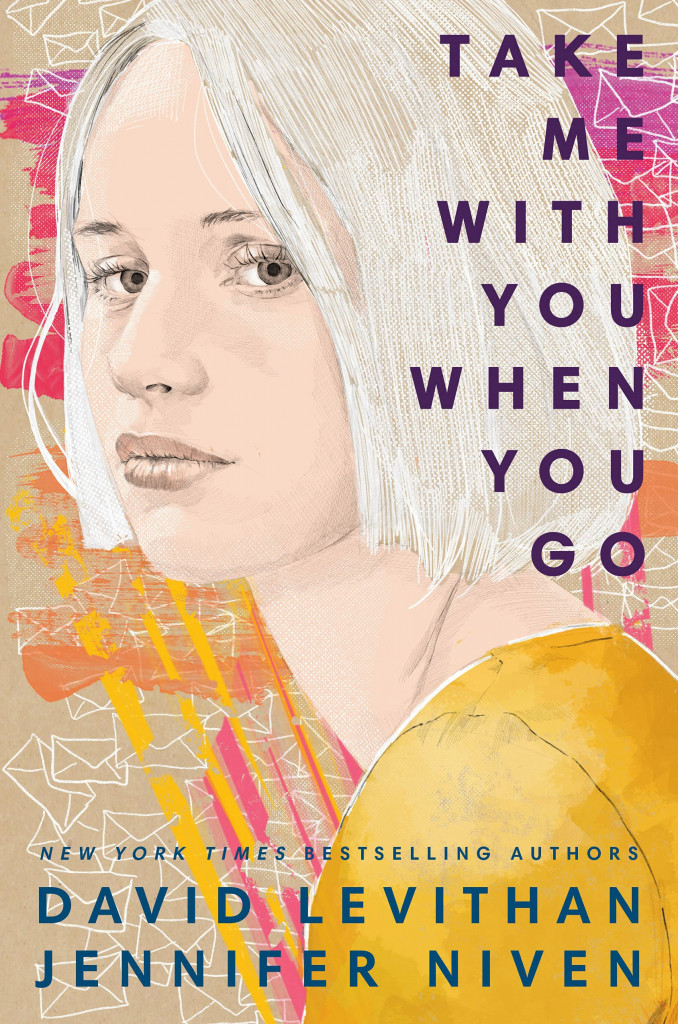 A fantastic, emotional book written in emails between brother and sister. Love it!

I wasn’t at first sure if I would like this one, I took it along because it looked awesome, and boy I am happy I did because this was one rollercoaster ride.

It wasn’t an easy book to read, Ezra and Bea both experience and have experienced abuse at the hands of their mom and stepfather. This wasn’t just emotional abuse by making them feel unwelcome/unsafe and other emotional bad things (like threats), but also by violence. By hitting them. By breaking their belongings. By breaking presents. And with each page we get see more and more in the home they grew up in. And then there is a big banger when they find out about their real dad. About what really transpired between their mom and their dad. It is a hard book, but one that is definitely worth reading.

This book is written 100% by emails, though I have to be honest and say that at times it didn’t feel like emails. Haha. I am not sure they just felt long and more like a story in a mail than a true mail. Plus, I have not seen anyone mail like this before. I have written some long-ass mails in the beginning of my relationship with my now husband, but nothing in any way like this one. I still enjoyed the format though, I don’t think the story would have worked the same way as it did now if it was just normally written.

In this one we read mails from Ezra to Bea and Bea to Ezra. Along the way we also get mails from Bea to other people or other people to Ezra/Bea. I just adored reading the mails from Bea and Ezra, loved how we found out more about their lives now and then. How Bea is doing now that she has run away from a dangerous home and all she experiences and all she finds out (not just about her parents or her house but also about herself and what she wants to do). How Ezra is doing now that Bea is not there, we read how he has to leave house and stay with friends because it isn’t safe for him at home now. We read about romance (Terrence x Ezra, Bea x Joe and later someone else), we read about families, and more. There are some heartbreaking moments, moments that I just wanted to step in and punch Darren’s lights out (and I am normally very peaceful).

I wasn’t too sure about Joe. We do learn some things about him and he shows that he has a good heart for most, but throughout the book he made some questionable decisions and had some weird ideas. While I get that he is hurt, with his actions he also hurt others.

I have to say that when we find out that Bea left home for a boy… I was considering dropping the book. Thankfully, things do change regarding that and we get the truth, but I was still not happy that Bea would do that to her brother. Plus, she almost graduated. It just seemed dumb.

I love the cover, it is so stunning!

The ending was fantastic. I was delighted for both Ezra and Bea for finding the courage and strength they needed to figure out the things they needed to do and make big decisions.

All in all, I could probably talk about this book some more but I will end it with that I would recommend this one to all. Be prepared for lots of emotional punches.