A sizzling welcome to the Book Blitz for Against the Boards by Danica Flynn! does a happy dance So happy I can be part of this blitz~

Today’s post is packed! I got an excerpt, a teaser, a giveaway, and book/author information!

Are you ready? Let’s get started~ 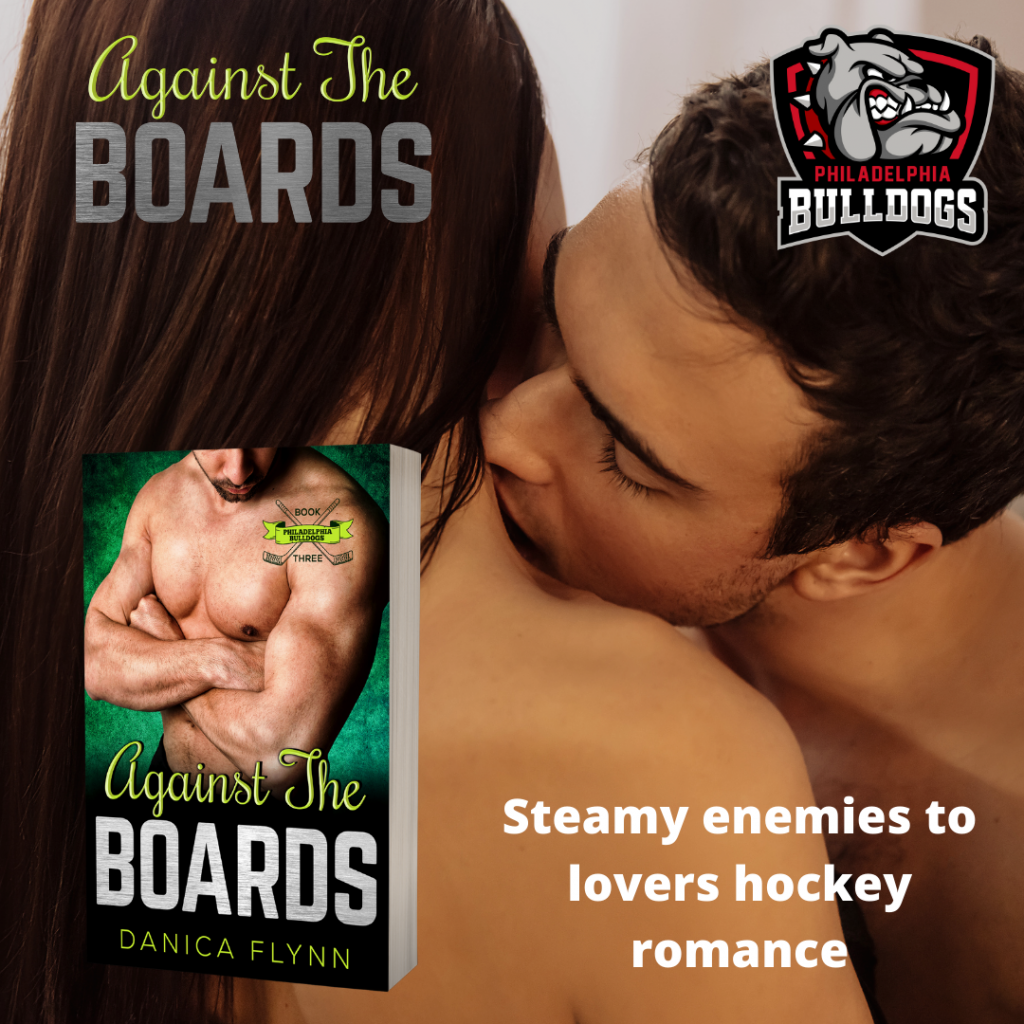 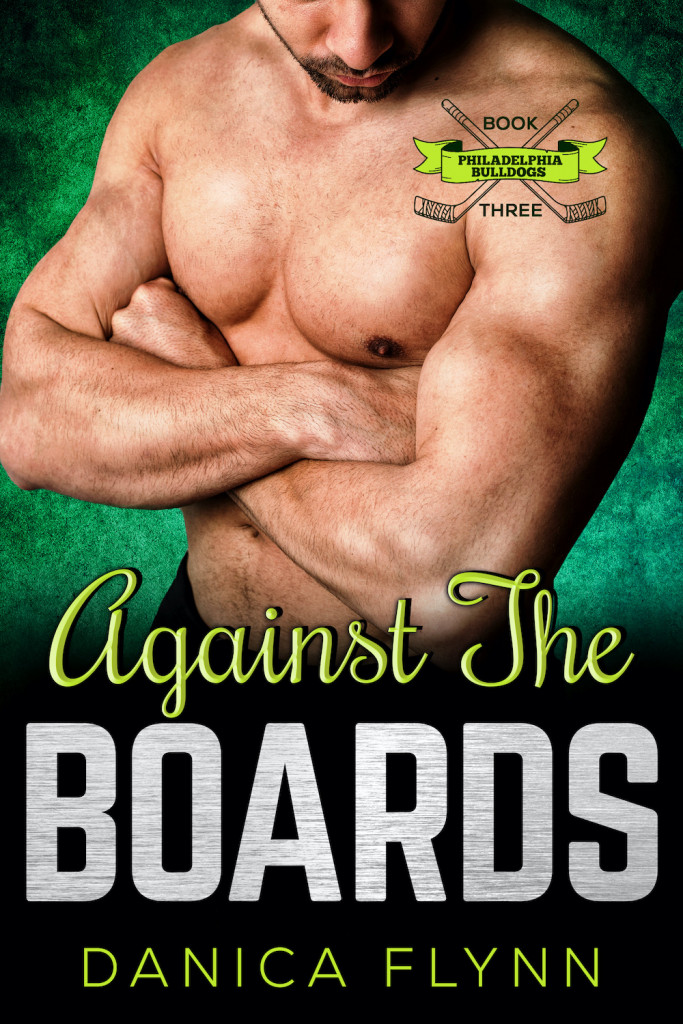 ROXANNE
When I applied for a job with the Philadelphia Bulldogs, I never thought they would offer it to me on the spot. Luckily for me, my twin was letting me stay at his place while he played hockey overseas.

Then he dropped the bomb that Benny was his new roommate. You know, the only guy on the team I can’t stand. I don’t know how we’re gonna survive being roommates. Because honestly? Some days I wasn’t sure if I wanted to kiss him or punch him.

BENNY
When TJ told me his sister was moving to Philly and needed a place to stay, I knew I should have high-tailed it out of town for the offseason.

But I didn’t. Because I’m all sorts of foolish when it comes to that feisty woman. Every time our paths cross, I open my mouth and make her mad. Usually with good reason, too.

The two of us being roommates was bad news. We’re either going to kill each other or I’m gonna give her the best kiss of her life. I’m not sure which is worse.

The Philadelphia Bulldogs hockey team are back, in this all new-standalone novel. Books can be enjoyed in any order. If you love a steamy enemies to lovers romance, this one is for you!

Danica Flynn is a marketer by day, and a writer by nights and weekends. AKA she doesn’t sleep! She is a rabid hockey fan of both The Philadelphia Flyers and the Metropolitan Riveters. When not writing, she can be found hanging with her partner, playing video games, and reading a ton of books.

Noah screwed the last leg of the bed together, and we hefted my memory foam mattress on top of the frame. Thank the hockey gods most of my teammates were like me — over six feet tall and strong. I could have put this together myself, but Noah was good with his hands and too nice to say no when you asked him for help.
Noah wiped his hands on his jeans. “That should do it, eh?”
I nodded and wiped the sweat off my forehead. Moving freaking sucked. “Thanks. I would have asked T for help, but he ran out of here in a huff a few minutes ago.”
At twenty-five, I shouldn’t have been happy about having a roommate. But when my long-term girlfriend and I broke up, I needed a place to stay, and TJ had come in clutch. His old roommate, Noah, had moved in with his girlfriend, so TJ offered me his vacant room. After our season ended without a playoff run a couple of weeks ago, I high-tailed it back to Boston to visit my abuelos, but I came back today to move my stuff in. Mostly because my ex wanted me to get my stuff out of her house.
“Um…” Noah trailed off.
I raised an eyebrow at the pained look on his face. He rubbed the back of his neck. I spent a lot of time with the guy; I knew that was one of his nervous ticks. You don’t spend a lot of time on someone’s wing without learning a lot about them.
“What’s up?” I asked.
“You don’t know?” he asked and cringed.
“Know what?”
Noah didn’t have time to explain what I didn’t know because I heard the front door of the condo open and TJ’s hyena laughter. Then I heard a familiar feminine voice with him, and I froze.
No. For the love of God, no.
I glared at Noah. “What is she doing here?”
Noah cringed. “I thought T told you since he texted me to come over here to distract you.”
“That’s why you came over to see if I needed help?” I asked.
I thought Noah was just being nice. The dude was a legit Canadian stereotype; I never thought he had an ulterior motive.
He ran a pale hand through his newly grown-out beard.
“Noah,” I growled.
“Rox is moving here.”
I felt all the blood rush to my head. I hoped he meant Philly and not here as in this condo.
Here’s the thing. I never planned on having a feud with Roxanne Desjardins. When I first met her, my brain shut off at the sight of the curvy, statuesque woman. Instead of saying, “Hello,” like a normal person, I blurted out, “Are those things real?” while staring at her tits.
I malfunctioned when I saw a beautiful woman, and she was one of the hottest women I had ever seen. Too bad she hated my guts.