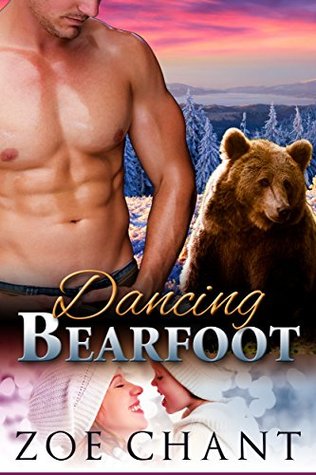 A sexy and fun read featuring a single dad shifter and a teacher. Featuring tons of sexy times and snow~

This was one of the books I got from Amazon during my hunt for fun free books to read featuring hot romance! I am definitely glad I picked this one up, because it was so good!

In this one we meet Lee, a bear shifter (which he should have told Patricia sooner and not when THAT happened), who has just moved to a little town with his 4-year old daughter. We also meet the pre-school teacher Patricia! I loved both the characters a lot. I loved reading about Lee, he was such a great character with a big heart. I loved that, despite being billionaire, he wasn’t rubbing it in that much. Yes, you could clearly see it with the house that he had enough money, but he wasn’t like throwing it around which does happen in other billionaire romance stories. Lee was just so sweet with his daughter and I loved how he let her choose things, but also was there to help. His relationship with his daughter was just the best!

Then there is Patricia, who was just the sweetest and I loved how she clicked with Lee and with his daughter. Often people will talk to a kid in kid-voices, but she talked normally towards Clara. She definitely brought joy wherever she went.

And then there are the sexy scenes, OH MY GOSH. Those were HOT! STEAMY! SEXY! And I love it. They were so well written! Tender but also more than that! I loved that it wasn’t just Lee taking control, but also Patricia.

Clara was just the most adorable little daughter and I loved that she wasn’t written just so that Lee was single dad, but that she also had an active role in the book. I had a laugh at what she at times said, kids are just so darn honest. Like when they went to the dinner the first time because, as Clara states, Daddy can only make pancakes. XD

I am not sure how I felt about the instant attraction/instant love… but I guess I can forgive it. Given that they are mates (though she doesn’t know it until much later in the book) there is some pull, some attraction at play. I was at least happy that Lee wasn’t pushing too much. He just let things happen as they go. Unlike some other shifter books I read over time. I still remember that one shifter book in which the shifters were just forced together because OMG MATE….. rolls eyes

It was also just so American. I am sorry, but it was. Patricia had two jobs. Pre-school teacher and waitress. Then when something happens and her ankle is possibly broken she would rather go home and take care of the car than go to the ER. What the fuck? I know that the healthcare system there is broken as hell, but each time I read about it I am just shaking my head… how the fuck?

There was some drama near the end that had me rolling my eyes. Thankfully, things are resolved. Things are talked over. It is just a bit of a shame something had to happen for that to happen. Hope that makes sense. But yeah, I am just a tad tired of misunderstandings and drama near the end of romances. Instead of talking it over people just run away… Come on. 😐

But the end/epilogue made me happy, things were resolved. Things were good. I am happy for this couple and I wish them many more happy years.

Now, I definitely want to continue reading the other books about the other shifters in the valley! I want to explore this world more and meet new people.

Plus, I would recommend this sexy and fun book to all~