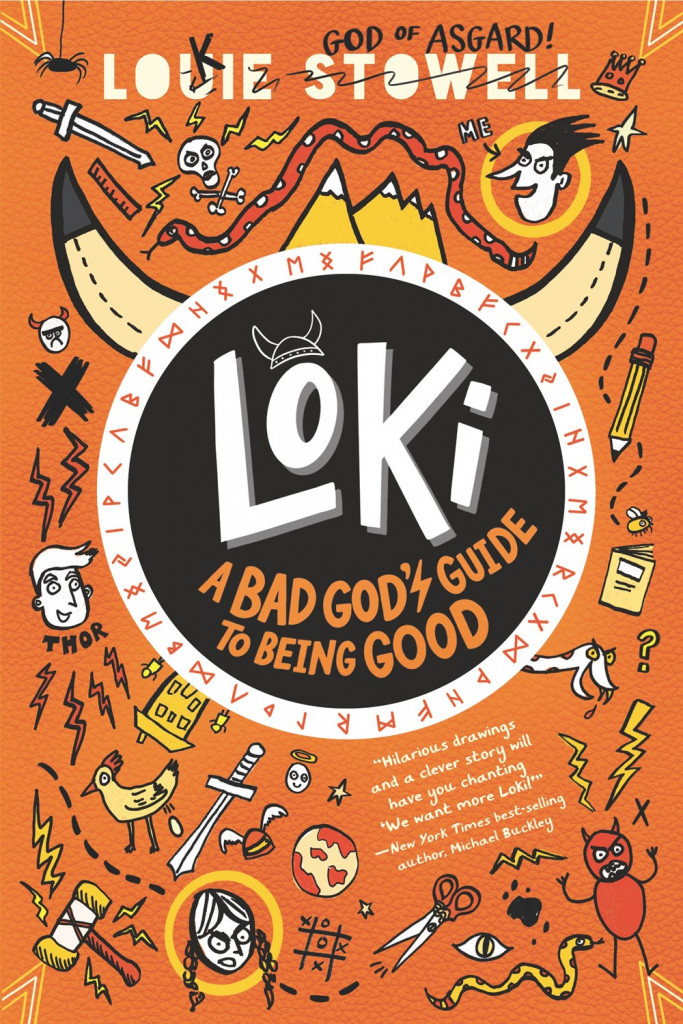 A laugh-out-loud book about Gods, being brothers, finding out your inner goodness, and more~

What happens when Loki goes too far with his pranks? Well… he gets sent to earth. As a kid. Without any powers. And with a makeshift family made up out of Thor (now named Thomas), Hyrrokkin as mom, and Heimdall as dad (a very dedicated one at that). Enjoy life on Earth~

I absolutely loved Loki. Then again, I always do because he is such an interesting person. A god that can shift into any animal or form, I love how genderfluid he is, is that the right word, I will just take it. I love that he likes pranks, though he should maybe see that sometimes pranks aren’t right and that he makes his pranks fun for everyone involved. And in this book he becomes so much more human. From the start that he is all meh about everything, but we also see that he is worried and making a fuss because he is trying, but he is just not understanding what he is doing. Later on we definitely see that he is starting to get a conscience but that he doesn’t know what it is. Or how to use it. When he reads books on how to help out with stuff, he takes them way too literally… Oh, I need to do x, does x but so literal that his efforts go all wrong. And he loses points. Of course, he also makes some stupid mistakes as he is still Loki, but I do love that as the story goes on he discovers more on what is right and what isn’t right. He really grows. Becomes a better person. OK, he has a long road to go, but I was already happy with the smaller changes.

I loved that this one was set as a diary! That we see Loki write about his day, argue with the great being in the diary (yes, it is a magical diary), see the points go up/down (mostly down though). It really made for a fun read! I think I wouldn’t have enjoyed it as much if the story had been told normally. A diary just works so much better. On many levels.

It was great to read about Loki (and Thor’s) adventures on Earth. From going to school, to drinking and eating all sorts of Earth stuff, to discovering Earth things that are fun (and not so fun given he is not into sports). I loved seeing them discuss humans and what they do.

I loved the story and while I wasn’t a fan of Valerie in the beginning… I grew to like her as the story went on. In the end I find her a good character.

Liked that we learn a bit about the gods/where they live and what they do.

There are tons of hilarious and funny moments and I often laughed by butt off while reading!

The illustrations are just fantastic and the style is just perfect.

I definitely need the second book because I need to know what is next for Loki. Plus, I want to see more Gods make an appearance, and maybe some Frost Giants as well. I would recommend this book to all!

4 thoughts on “Review for Loki: A Bad God’s Guide to Being Good”