I absolutely loved Wow in the World about the human body so I was super excited when late last year I found out that they would make a second book! This time about nature, about animals, and I just CANNOT wait. Just a few weeks more (and maybe longer if Amazon doesn’t get it because that is what happening to Covet right now) until I can have it in my hands! It sounds absolutely hilarious and as a big animal lover I cannot wait to get some fun and funny facts on animals. Curious to see what sections they will have in the book, there are a few spoilers in the blurb, which only makes me curious what the rest of the sections are. Plus, I definitely need to know what the six signs are that you might be a fish (swimming/living in water at least). Jack Teagle’s illustrations were fab last time and I can’t wait to have a whole new book with his work~

Now please can it be April? 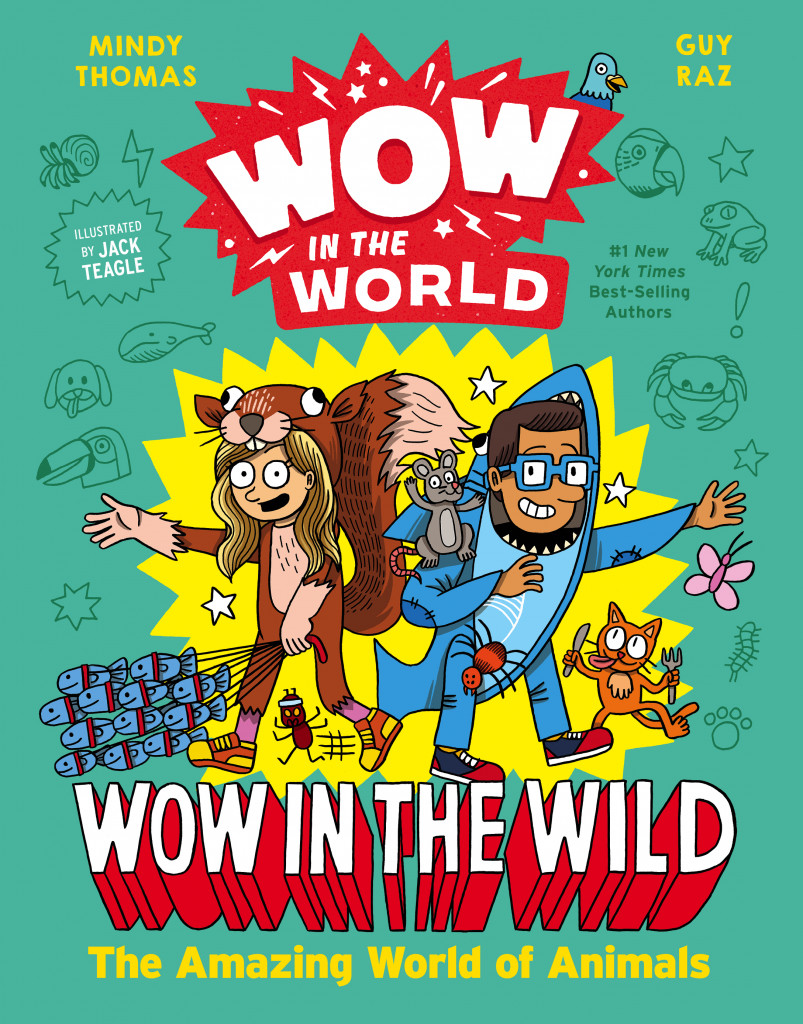 Based on their #1 kids podcast, Wow in the World, hosts Mindy Thomas and Guy Raz take readers on a hilarious, fact-filled, and highly illustrated journey through the animal kingdom!

Feathers, fins, fur, feet—the animal kingdom is made up of nearly 9 million known species! From flying fish to flightless birds, each living creature has a unique role to play in the life of planet Earth. In this book, Mindy Thomas and Guy Raz, hosts of the mega-popular kids’ podcast Wow in the World, will take you on a fact-filled adventure to explore the funniest and most fascinating animals known to humankind.

Sections Include:
Build your own insect!
Play hide and seek, chameleon-style!
Look for six signs you might be a fish!
And much, much more!

Featuring hilarious illustrations and filled with facts, jokes, photos, and quizzes, this book is a call to the wild kids of the world. Join us as we venture onto land and into the sky and sea to discover the WOW of Earth’s creatures, both big and small.