Welcome to the Blitz for Cocktails & Crushes by Katrina Marie!! So excited to be part~ I really love the cover!

For today’s post, be prepared, I got a lot!!! I got some teasers, an excerpt, a giveaway, and book/author information. 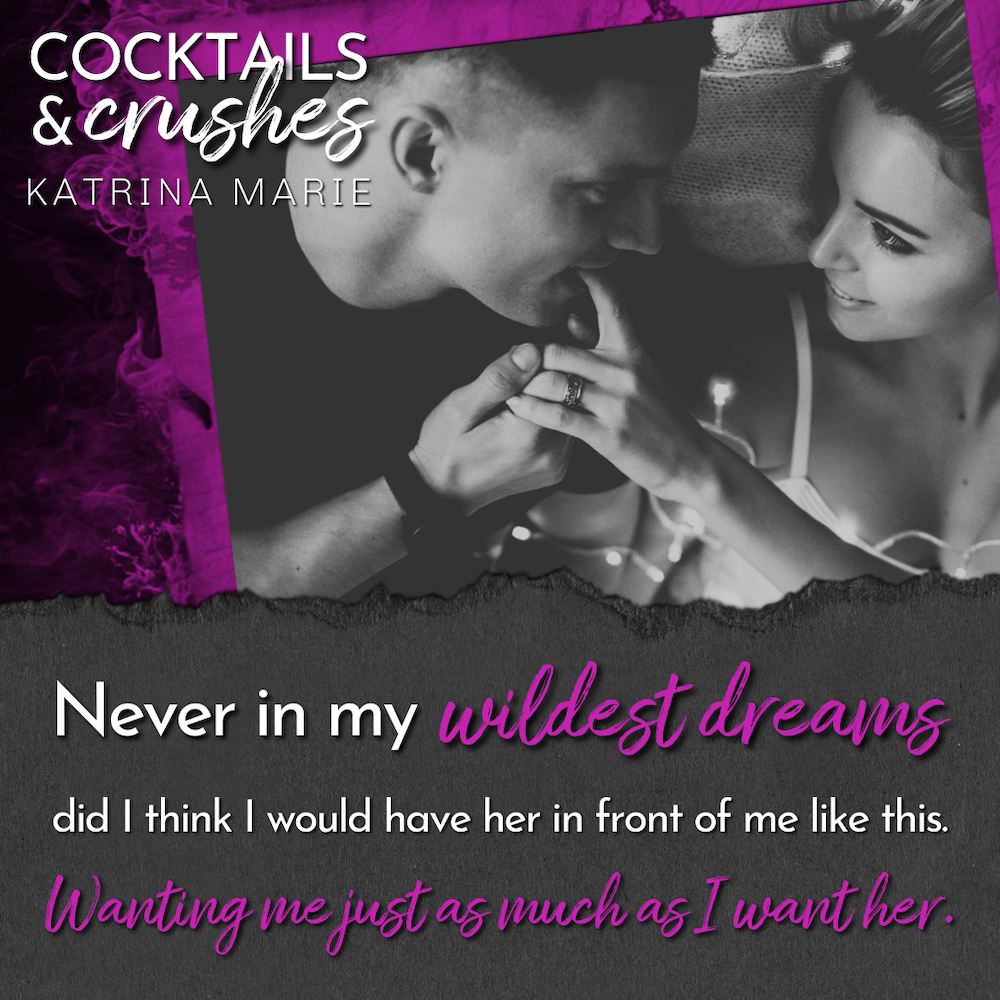 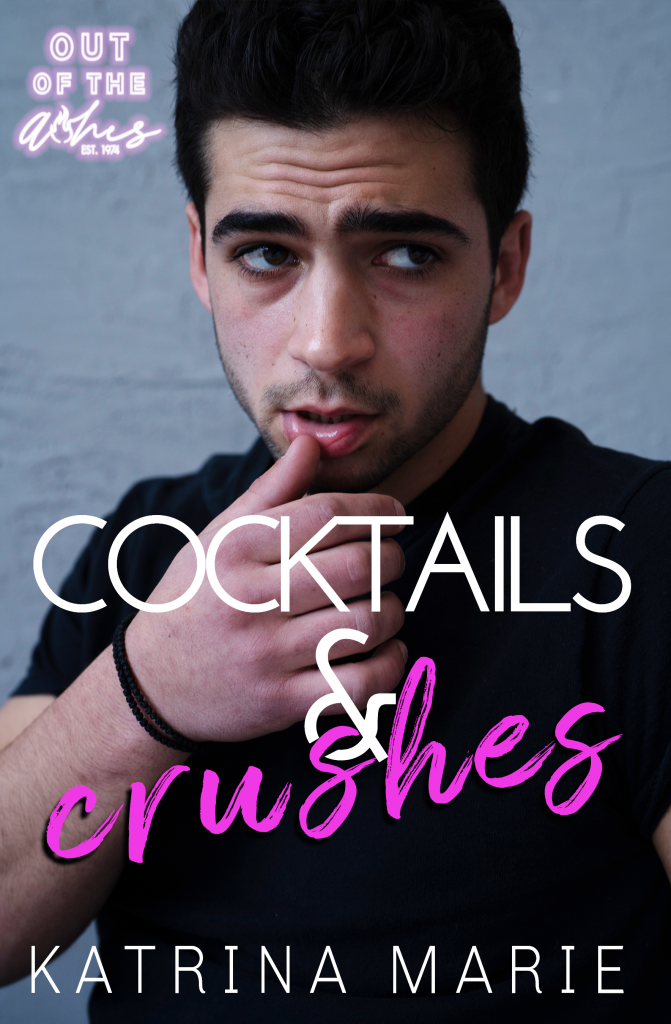 Out of the Ashes will be the best bar in the county. At least that’s what I promised my uncle before he passed away.

With all the changes we’re making, more challenges arise. The crowd seems to get rowdier with every day that passes, and most days I feel like I can’t keep my head above water.

That is until Dylan, the kid I used to babysit, walks in. He’s definitely not a kid anymore. But he might just be what I need to keep the bar running smoothly. Too bad he isn’t staying in town.

Guarding my heart is the least of my problems, but I’m not sure how long I can fight my attraction. 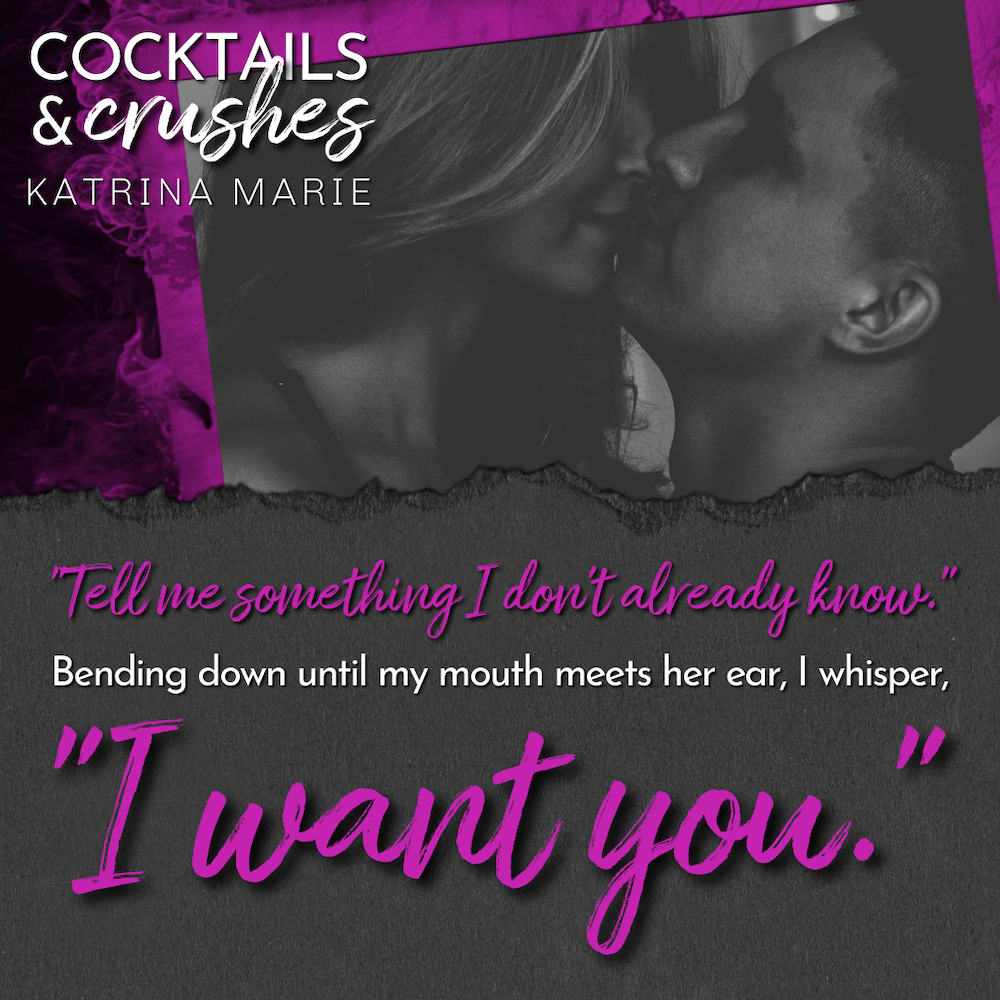 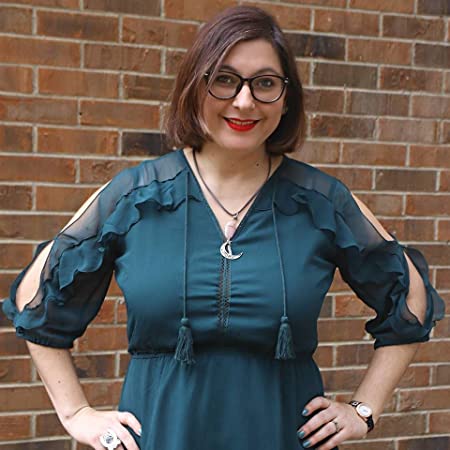 Katrina Marie lives in the Dallas area with her husband, two children, and fur baby. She is a lover of all things geeky and Gryffindor for life. Welcome to Your Life is her debut novel and she hopes you enjoy reading it as much as she enjoyed writing it.

The hallway to the office is a short distance away, and I make my way toward it. The loudness of the bar fades away the closer I get to the office. Now where is that box? Scanning the shelf, I don’t see it anywhere. I squeeze behind the door, bumping it slightly as I reach up to look at the boxes higher on the shelf. There. Of course, it’s on the top one. I really need to get some kind of a ladder in here. Especially since there are more people working here that may need to get something.
My hand goes up to grab the box, and I feel a sudden presence behind me. The door creaking before a soft thud as it shuts. “Here, let me help you with that.”
Before I have a chance to turn around or offer any sort or rebuttal, Dylan’s hands are covering mine on the box. They are warm and softer than I expected, and I can’t deny the sparks that course through my body at the contact. My hands slide off the box as he brings it down in front of us. Me, caught between him and the shelf. “You didn’t have to do that. I’m perfectly capable of pulling a box down.”
I turn around to face him. That was a mistake. With my back to him, I could pretend his mere presence didn’t have an effect on me, but now…I don’t know if I can hide my reactions as easily. “You sure about that? The last time you tried aprons fell all over the floor.”
Don’t look up. Don’t look up. Keep your eyes focused in front of you. His chest is perfectly reasonable to talk to, right? “And that’s because you intervened.” Jesus, this is ridiculous. My eyes move up his body. Above his chest, to his chiseled jaw, and up until I can see his eyes. Yep, big mistake. They hide nothing. Want simmers in their deep brown depths. The ball is in my court, and the way he’s looking at me makes it hard to keep my wits about it.
A part of me wants to knock the box out of his hands and climb him like a tree. The other part knows damn well I don’t need to venture down this path. This way lies heartache and broken promises. “Angie, are you still with me?” The box holding the mini straws and napkins falls to the floor. “Hello?”
That shakes me out of my thoughts. “Yeah, sorry what were you saying?”
“I was talking smack on your awesome box getting skills.” He bends down until he’s eye level with me. “Are you okay?”
“Yeah, I’m fine. I just can’t think.” I turn, but I’m trapped between Dylan and the shelf. His arms are on either side of me. My hand goes to his arm to push him away and stop at the sound of his voice.
“Is there a reason you can’t think? Am I that reason?” I don’t have to see his face to know he’s smirking. I can tell by his voice, low and seductive. When the fuck did he master that?
“Does it matter?” I try for annoyed, but it’s clearly not working. “I need to get this box to Carlos.”
“Okay,” he leans in closer. His breath a soft whisper against my ear. “But, answer one question.” He waits for me to speak up, and I don’t. I want to know what he’s going to ask. “Do you feel anything toward me? I think I’ve made my interest pretty damn clear.”
I could lie. Lying would be a hell of a lot easier, but I can’t. Not now. Not with him so close to me. “I’m attracted to you. In ways I shouldn’t be.” A glance toward him is all it takes to know that he doesn’t give a damn that I shouldn’t have any feelings toward him. A wide grin is all I can see. And fuck if I don’t want to kiss him. To see if he’s as confident as he lets on.
My toes lift of their own volition, and I do just that. I need to know. Maybe then whatever the hell I’m experiencing around him will stop. I mean for it to be a quick peck, but soon my lips are parting and I’m deepening the kiss. I fully expect him to pull away, or grab me. Something to give me an idea of what he’s thinking. All I can hear is the metal shelf behind me shaking. He has some restraint at least.
Before I can pull away the door opens and we jump apart from each other. “Angie, did you find the straws and napkins?” Carlos asks as he rounds the door. Dylan picks up the box and hands it to him before hurrying out of the office. Carlos pins me with a glare. “I sure hope you know what you’re doing, Ang.”