A crow and mysterious welcome to the Book Blitz for The Omen of Crows Nest by Cathrina Constantine!! A book about crows, mystery, murder, and more! It sounds so good~

For today’s post I got an excerpt, teasers, a giveaway, and book/author information. Yep, full house today! 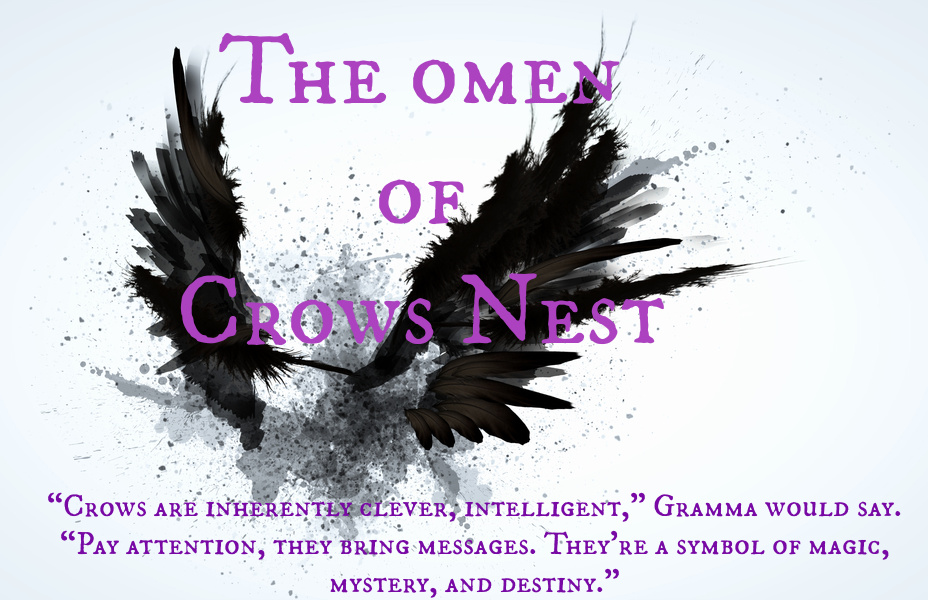 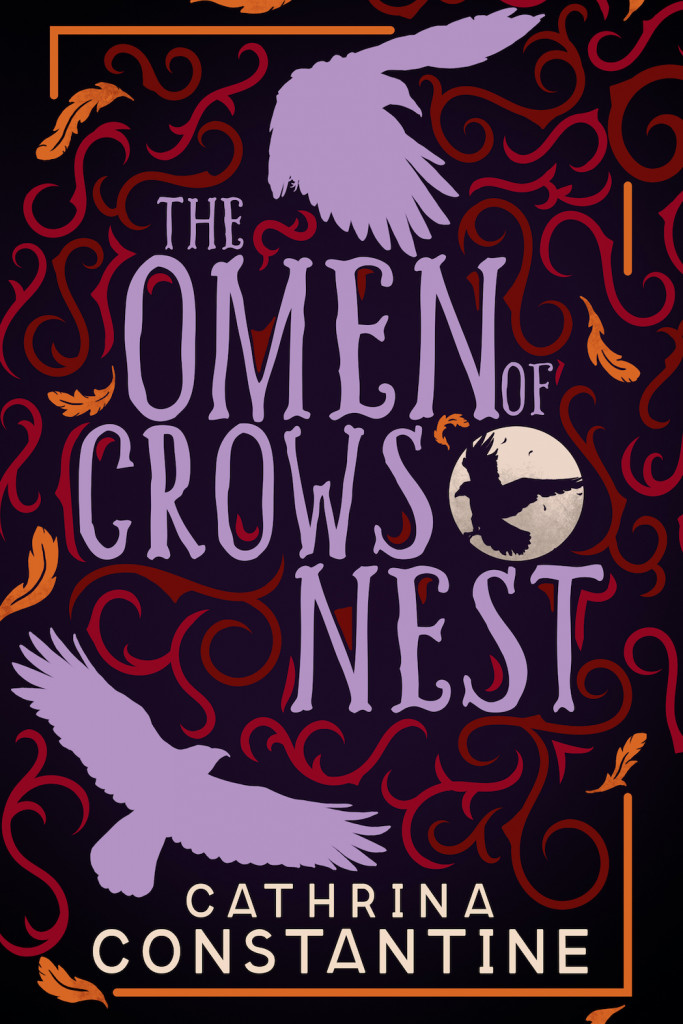 No blood. No body. No murder.

That’s what the police found after Penelope spun her bizarre tale. In a hysterical state, she said her father was butchered and eaten by a mob of birds ~ in her bedroom.

They claim she’s crazy.
That she suffers from delusions.
Penelope is dead set on proving them wrong.

After being institutionalized for eight months, Penelope is out and more determined than ever to find answers to her so-called hallucinations. With her father’s untimely disappearance, she’s convinced her family is hiding something sinister.

THE OMEN OF CROWS NEST is the latest masterpiece by the award-winning author Cathrina Constantine, and is sure to leave fans of fantasy gasping!

I am blessed with a loving family and forever friends. My world revolves around them.

I grew up in the small village of Lancaster, NY, where I married my sweetheart. I’m devoted to raising 5 cherished children, and now my grandchildren.

I love to immerse myself in great books of every kind of genre, which helps me to write purely for entertainment, and hopefully to inspire readers. When not stationed at my computer you can find me in the woods taking long walks with my dog. 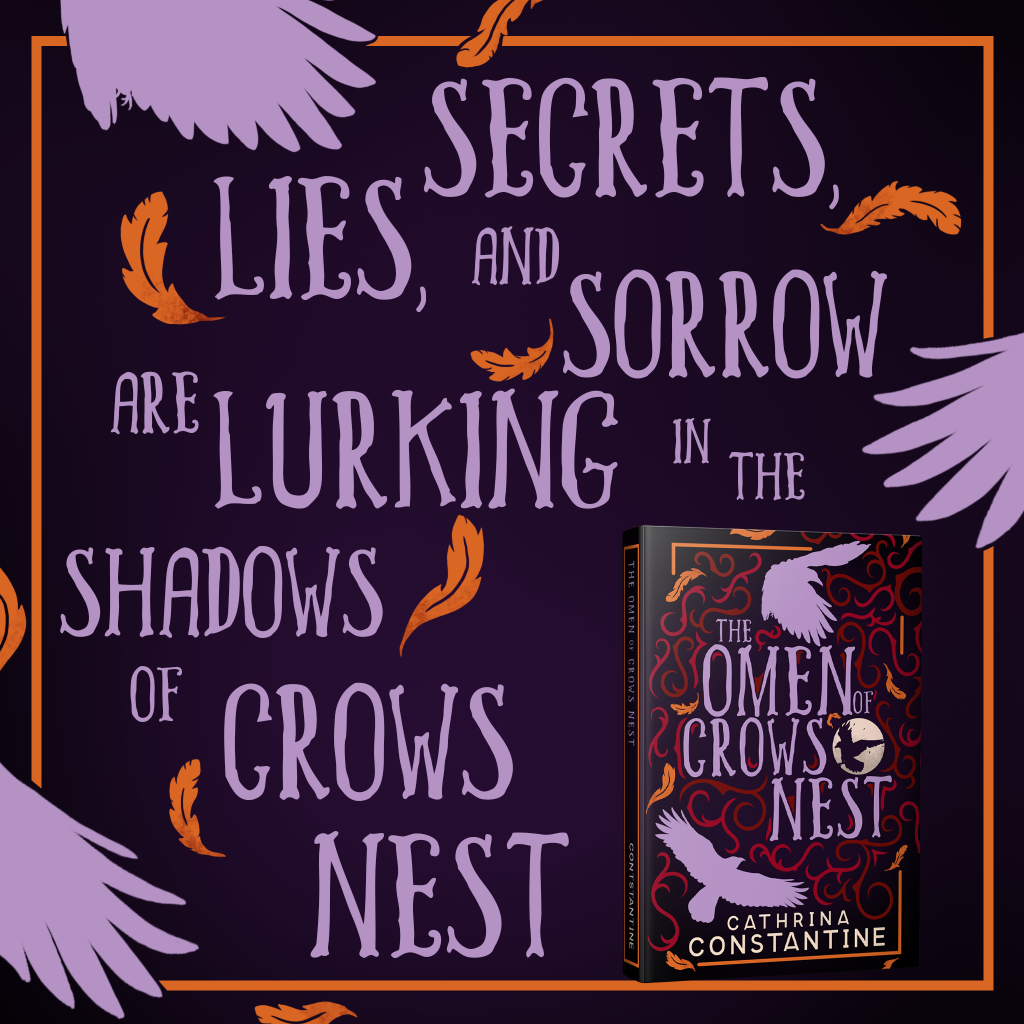 I returned to Crows Nest searching for hope, only to find ghosts.
Gone for eight months, give or take a few weeks, there had been a drastic change in the house. Perhaps, I’d overlooked the turrets I once imagined as a stairway to Heaven were scarred— like me. Cylinder peaks somewhat askew and shingles hanging in disarray correlated with my life thus far.
Some things remained the same. The worn exterior didn’t discourage flocks of birds to hover above and roost on the turrets and power lines.
Dad declared he was the cornerstone of the household, but we all knew it was Gramma. When her fancy tickled her, she told us myths and legends whence our house got its name because crows infested the land. Circling crows, like today, was an omen of death. I shivered. Heedful of that premonition all too well.
“Crows are inherently clever, intelligent,” Gramma would say, “Pay attention, they bring messages. They’re a symbol of magic, mystery, and destiny.” Her fowl wisdom had been indoctrinated in me since I toddled around the Nest.
What message are they bringing today? Welcoming or cautioning?
I should’ve carried a machete to cleave through the scrub, yellowing stalks. Snaking ivy coiled the pillars and canopied the second story balcony, which precariously bowed. On the long drive, Dean had informed me that the unforgiving winter had taken a toll.
My boots crunched on mulch and brittle leaves as I stepped onto the wraparound porch. It had been my responsibility to sweep it, a chore that should have been handed down to my younger siblings. The ornate beveled picture window was cracked. Something had smashed into it, creating jagged veins in the glass.
Planting indecisive legs at the front door, my toes grew into unyielding roots, wrestling into the tongue and groove boards. Heartier roots to replenish those that had been trimmed, uprooted, and torn to shreds.
Will my brother and sister despise me? Considering all those weeks before I was sent away, they’d never given me any reason to doubt their trust or their love. Nevertheless, in all these months, I seldom saw them. Gramma could have brainwashed them against me. She maintained that kind of authority.
I stared at the tarnished door knocker. Still scary and still life-like. A crow’s head with a gaping beak. Emotionally fraught, I turned, searching for Dean. He was body-deep in the trunk of the car grappling with my baggage.
“Need help?” I asked, voice squeaky.
He peeked his head around the car. His expressive, honey-amber eyes flashed as he flicked his arm, a signal to go in. Many nights I’d dreamt of him and those eyes. It shouldn’t be this hard. I veered to the door and thought, I’m home.