A big wolvy welcome to the Cover Reveal Time for Pack of Secrets by Amara Mae! This is the first book in the Celestial Artifacts series and is set to release September 6th. Wolves, shifters, war, dragons, and more!

Are you ready? Get set! GO! 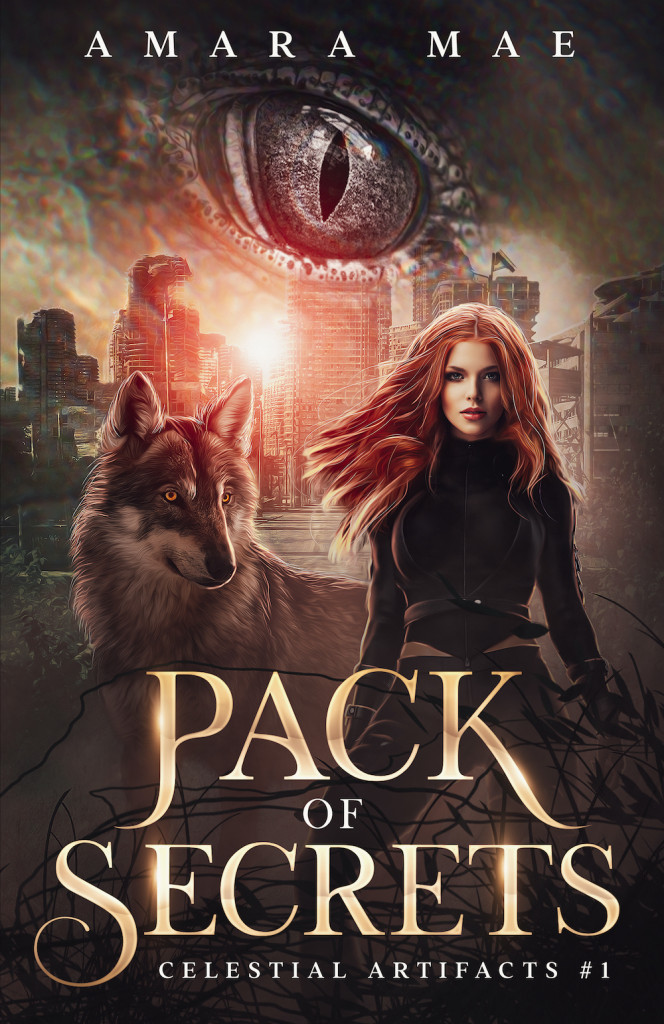 As the daughter of the Seattle alpha, Grace is expected to carve out her place in a shifter pack still reeling from the horrors of war. Only Grace has two major problems with fulfilling her father’s expectations: she’s an omega—meant to support, not lead—and she was born with her inner wolf caged, unable to shift. Determined to become the asset her pack needs, she’s spent her life training to steal a magical artifact rumored to have the power necessary to release her wolf.

The theft triggers an enraged guardian, one that her inner wolf can’t seem to resist, and Grace realizes she’s in way over her head. She’ll need the help of a small but capable team to journey to a foreign land and track down a mythical tree.

Easy peasy for an outcast burglar with a fractured psyche, right?

To complicate matters further, her father is acting weird, her best friend just made out with her, and she’s pretty sure a dragon is on their tail.

Across the world from the only home she’s ever known, Grace must face the questions she never dared to ask. Deadly secrets begin to unfold, and Grace will have to decide: Is unleashing her wolf worth risking everything?

Amara Mae is a new adult urban fantasy author who has written additional genres under other pen names for more than ten years. Fantasy has always been her first book love, and she’s researched and generally geeked out for years to build the Fractured Earth world which will be home to her Celestial Artifacts and several other series. She resides in the rainy Pacific Northwest, where she enjoys real and imagined adventures alongside her husband and their five boys and two dogs.