throws confetti Welcome all to the Release Day Celebrations for Kiss My Giraffe (love love that title) by Erin Nicholas!! So excited to be part of the celebrations, this book sounds wonderful!

A big big happy book birthday to the author, I hope you have an amazing day today! 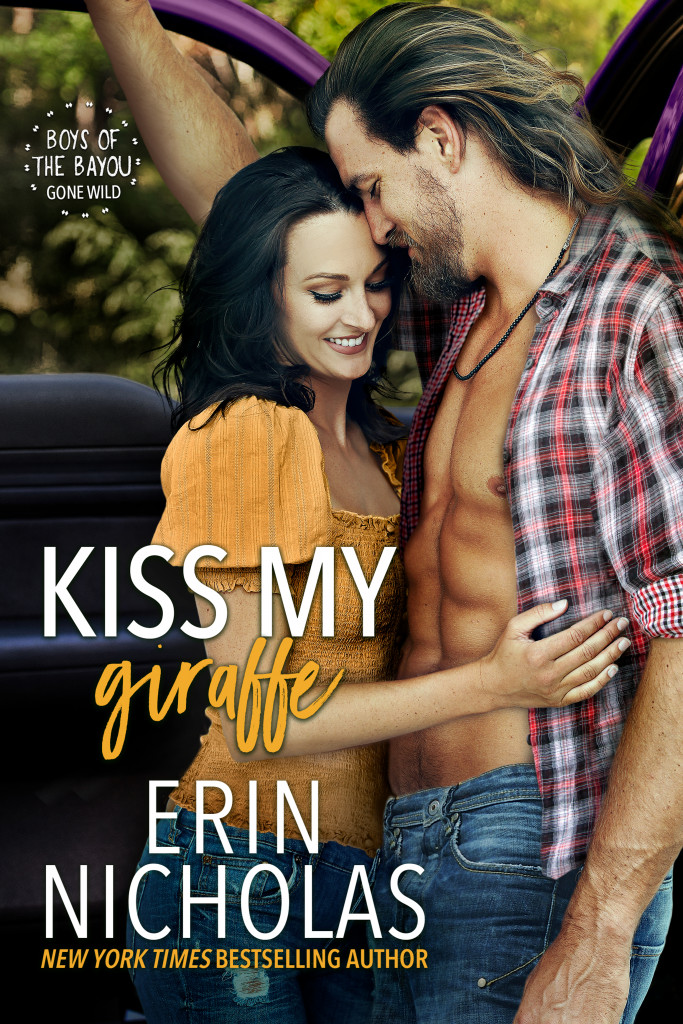 Fiona knew Knox would be mad when she moved in next door.
And not because she brought a collection of wild animals with her.

And she was right.

So she intended to leave him alone. Mostly.

But he’s not ignoring her. He’s actively working to send her and her “ridiculous menagerie” (rude) right back out of town.

Still, as hard as she tries, it’s impossible to stop thinking about the small town grump’s long hair and tattoos and that mouth.

Not the one that’s almost always set in a grim line and says things like, “you got a permit for that?”

Nope, the one that kisses her like she’s everything he’s ever wanted and says very dirty things in her ear. And sweet, protective, supportive things. Sometimes. Accidentally. When she catches him off-guard.

The one that also says he only wants a long-distance fling with her. Nothing serious. And that he never dates women he sees every day. Like his neighbor.

Well, fine. If he doesn’t want her—and her unbelievable past and that-can’t-be-real future—then she doesn’t want him either. He can just kiss her…giraffe. (Yeah, she actually has a couple of those.)

Now she just needs to convince her heart to give him up.