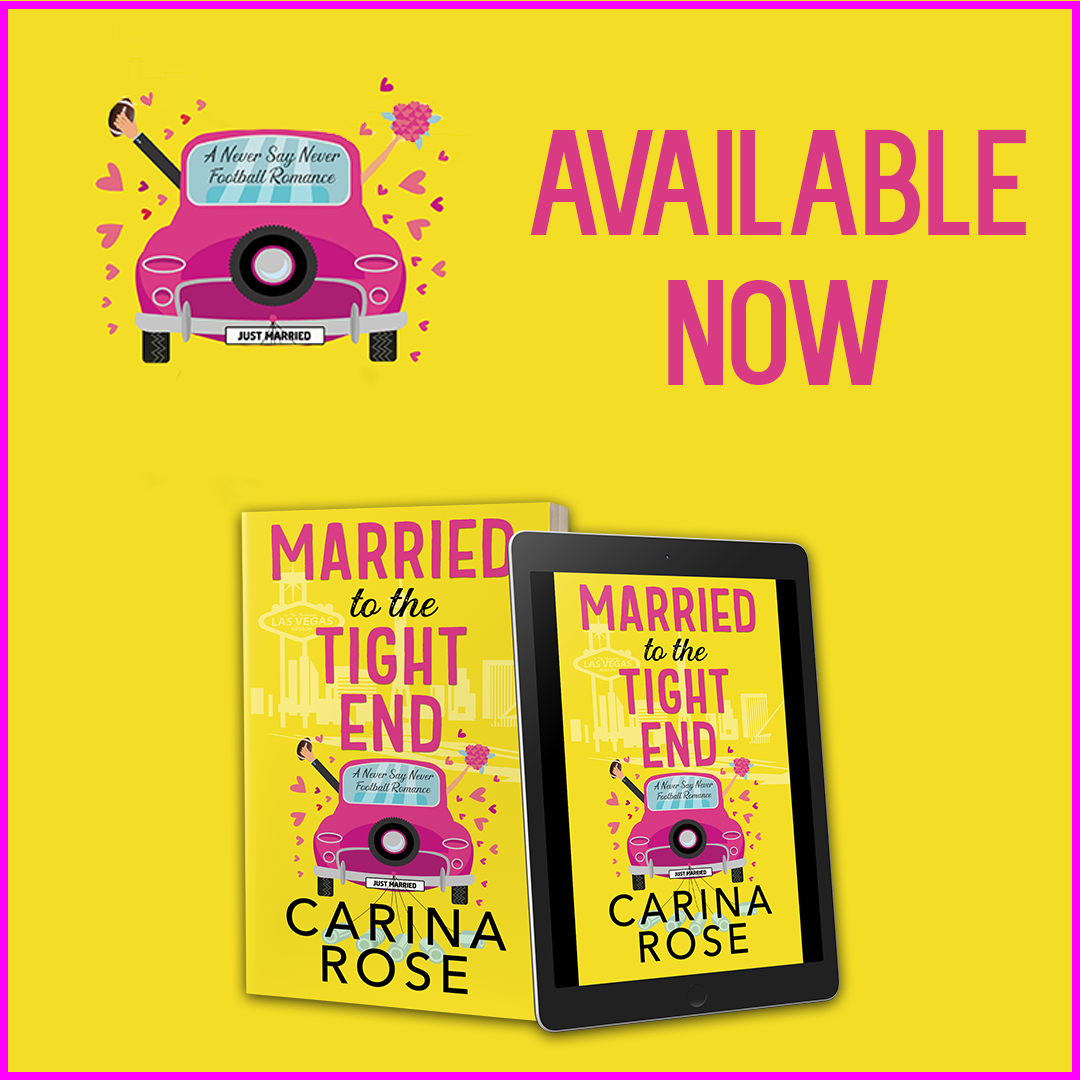 Welcome all to a sweet Release Day Blitz! Today I am part of the celebrations for Married to the Tight End by Carina Rose! The next book in the A Never Say Never Football series book! So excited to be part~

Today I got a fun teaser + book/author information.

Happiest of book birthdays to the author! I hope you have an amazing and wonderful day~

Let’s get this party started throws around confetti 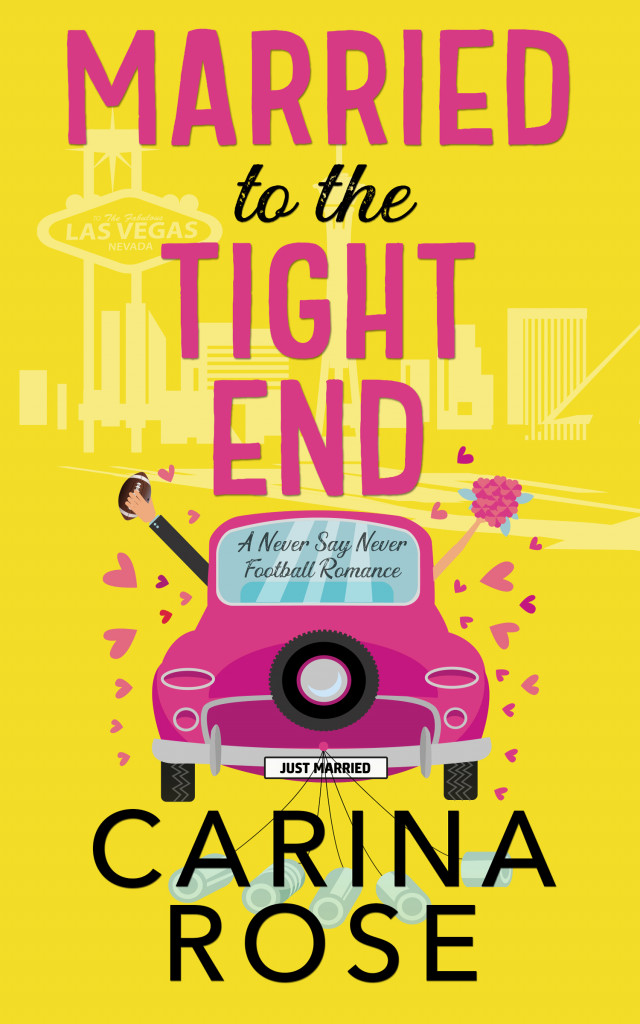 Have you ever felt as though you were having an out-of-body experience? An ethereal feeling that you were floating in the atmosphere looking down on a situation? If not, let me tell you, it wasn’t all it was cracked up to be.
Imagine you were at your best friend’s engagement party in Vegas. You were super excited because you were the maid of honor and the best man was the hottest football player you’d ever seen. Even this guy’s position as tight end was appropriate for his, well . . . tight end.
Anyway, there was something about his cocky attitude that ruffled your feathers and turned you on at the same time. Maybe it was the way he challenged you or because women seemed to flock to the gorgeous man. But according to him, he only had eyes for you. It didn’t matter if he was kidding or not, because you weren’t in the market for a serious relationship.
Then, for some reason, you engaged in a drinking game. Because why not, right? You were in Vegas after all. Well, let me tell you why not, because the next morning you noticed a silver band on your left ring finger. And adding salt to that tequila-induced wound, there was one on his too.
Yes, you read that right. Me, Alexa Barton, preferably always the bridesmaid and never the bride, married the uber-sexy, and let’s not forget cocky, football player, Jackson Cartwright.
I was a cliché. A married cliché. Whose “husband” wasn’t in a hurry to get an annulment and vowed to prove that we were meant to be together. 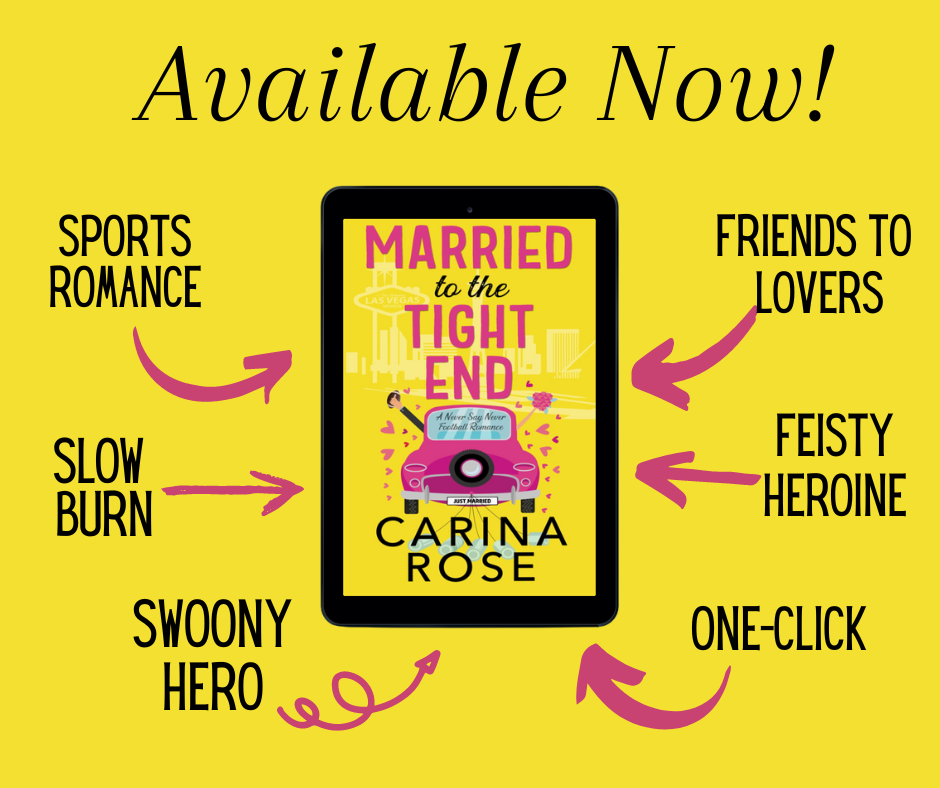 Carina loves everything about romance. To her, it’s the little things that matter. She also believes in insta-love, since she knew her husband was the one the first day she met him.
When it comes to books, she uses them as an escape from reality. . . . to get swept away. Carina hopes her words do the same for her readers.
She’s a mother and wife and loves spending time with her family. She enjoys meeting new people, traveling, reading, watching sports, and, of course, relaxing on a beach.
Carina looks forward to sharing more love stories in her future novels.