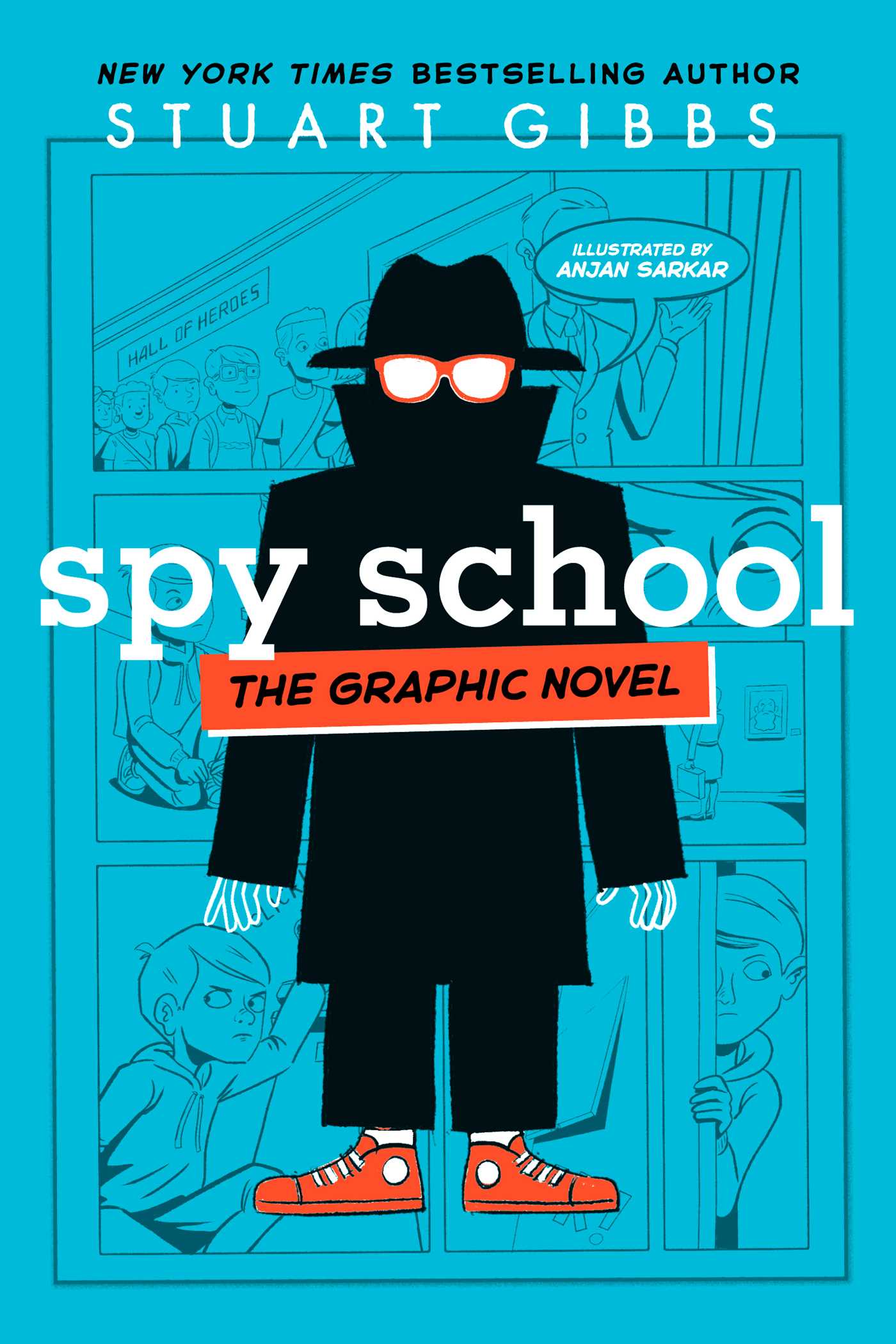 The fabulous book has gotten a graphic novel and I had fun reading it!

I was very excited when I learned that there was a Spy School Graphic Novel! I really enjoyed the book (see review here) and I was hoping that with illustrations the book would become better!

And while it definitely got more action, and more excitement, and I really liked the illustrations… I did feel like quite a bit of the story got lost. Maybe it was me and it was late, but it just felt like I missed key parts and that the graphic novel mostly focussed on important events. So I am thankful that I read the book 4 years ago, yes, I don’t know all the details from the book, but even with that my mind could click parts of the graphic novel together, fill me in on small things that happened. And that is what made me keep on reading! Because really, sometimes we just went from x event to y event. Suddenly there was talk about a mole. Those ninja’s in that one class? Came out of nowhere while I loved that class in the normal novel. Evidenced by the fact that I used a quote about ninja’s in my normal book’s review (“This morning’s lecture was on how to avoid ninjas, which might have been interesting if step one hadn’t been “Stay out of Japan.”).

But despite some issues, I did have fun reading this. Seeing Ben get chosen to be part of the spy school, however not for pure reasons but for something else. I still feel for Ben because he thought he has true potential to be there. He thought that he was selected for the game he played. But while he does find out things and things do get tough, he never gives up. He never thinks F this and screw you all. OK, maybe he does a little, but not enough to give up. Instead he is making the most of it, having fun, making friends, figuring out how things work, and I just loved that. I love his math skills and how he is able to do difficult calculations just like that. Like with that note with a big number on it? He figures that out.

I did think it was a bit of a shame how the relationship between Erica and him was portrayed here. In the book it felt more natural, and I was rooting for them. In this one I just wasn’t a fan how Ben became more of a dog. Give hand, OK. DO this, OK. I remember in the book he was also awkward, don’t get me wrong. But it felt, different? I do hope that if there are more graphic novels that this becomes a more natural thing, because I do love them together.

I am still saddened that the spy world is so incompetent and that people just steal credit for stuff (what is this elementary school?).

The art was pretty good. It fitted well with the action scenes and definitely gave the book some oomph.

All in all, while I had some issues I still really had fun reading this one! I hope that the other books (which I still need to read) get the GN treatment.