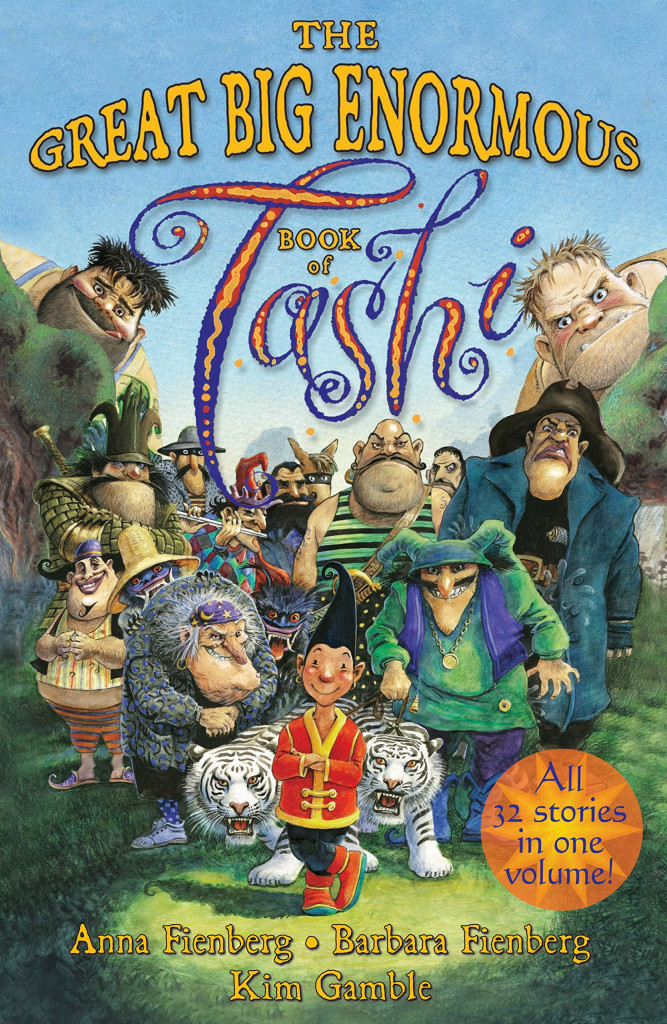 A fun book containing all 32 adventures of Tashi! Be prepared for mean uncles, ghosts, dumb dragons, giants, and more~

So back in March I read the Dutch translation of the first 8 stories! I really enjoyed the book and decided to look up the author to see if there was more and if it was in a language I could read. And it was, because the original Tashi is in English! And I found out that there were 32 tales of Tashi! Of course, I ordered the big big big book containing all of these stories as fast as I could. And in April I finally had my chance to read this humongous but oh so fun book!

In this book we meet a boy named Jack who just became friends with Tashi. Tashi is a boy/being from another country and has fantastical stories to tell. Throughout this book either Tashi tells them to Jack/his family/friends or Jack tells the stories he heard from Tashi to his parents. It is a magical book and I just adored each story. Yes, it didn’t get the 5+ starred that the first 8 stories got when I read them in Dutch, but that is mostly because this is a chonker and 32 tales were fun, but at times I just found myself lose a bit of interest. Not much, but just a tiny bit. I was curious about each story and what would happen in it, because Tashi went through a lot of things! He meets warlords and giants, he outwits ghosts and pirates, he meets Baby Yaga and manages to escape, he goes on long travels and eats ghost pies (on that note, I want to try one!). Tashi’s world isn’t a boring one, it is one that I would love to just step into! I would love to walk alongside with Tashi and go on adventures with him.

And not just for his adventures, but also for his family and his hometown which just sounds like a wonderful place to life. Well, OK, maybe not 100% wonderful given all the things that happen there, but I mean, the food, the way of life, how everyone is family. It is just lovely.

It was interesting to see technology step into Tashi’s world. In the earlier stories Tashi’s village uses horses and carriages to bring them everywhere, but later in the story they get the opportunity to drive a bus!

I loved Jack’s parents (and later also uncle) reactions to Tashi’s stories! Sometimes to the frustration of their son, as he just wants to hear the story or tell it, without interruption, and especially his dad makes some comments that had me shaking my head. He means well, but he just needs to learn to shut up. XD Loved that Jack and I weren’t the only ones, even mom was like, shhhh.

The book is heavily illustrated and I just love Kim Gable’s illustrations! They are fun, magical, and fit the story so so well!

All in all, if you are up for a magical adventure featuring all sorts of monsters (human and not), don’t mind a bit of a moral, try out this series!