Welcome by my favourite month of Spell the Month, welcome to May!

Yep, May is by far my favourite month, haha. I just need to find three books. Sure, the Y can give some trouble as I have to have an English book in my possession that has that, otherwise I will have to think up something else. XD This month was an easy month! I found three books easily and I am delighted I can share them with you. This month I got three books that are on my TBR. Two are on my vacation TBR (it isn’t until August, but I want to have books ready) and one is a book I got from the author and I need to read it ASAP.

How it often goes: First up I will show you guys a picture of my stack and after that I will show the book covers + blurb (for the Dutch-Dutch books I translated the blurb for you , for the English>Dutch translated books or English books I picked the original blurb). 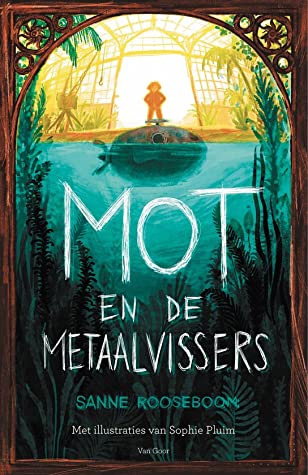 The week that Mot found a submarine started off fairly normal. That wasn’t so crazy. A lot still had to be done before her big find. She didn’t even have a magnet yet.

Moth is actually called Butterfly. But only her mother calls her. She would prefer a tidy, airy child in a dress. Moth is not like that. Mot likes black clothes and the old, cluttered city she grew up in. Out of defiance, she buys a magnet from her savings to fish in the old canal. She finds a small, rusty submarine. That submarine is the start of a grand adventure, where Mot meets the punk acrobats of De Werf, takes on a powerful billionaire and gets to know her mother better.

The story does not take place in our world, Mot’s city is a bit more rusty and older. It has become a thick adventure book, a youth novel the publisher calls it beautiful. About being yourself, about the fringes of a city and about how mothers and daughters sometimes get in each other’s way. 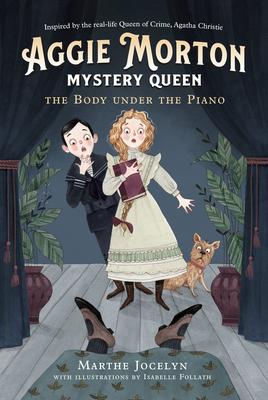 Aggie Morton lives in a small town on the coast of England in 1902. Adventurous and imaginative but deeply shy, Aggie hasn’t got much to do since the death of her beloved father . . . until the fateful day when she crosses paths with twelve-year-old Belgian immigrant Hector Perot and discovers a dead body on the floor of the Mermaid Dance Room! As the number of suspects grows and the murder threatens to tear the town apart, Aggie and her new friend will need every tool at their disposal — including their insatiable curiosity, deductive skills and not a little help from their friends — to solve the case before Aggie’s beloved dance instructor is charged with a crime Aggie is sure she didn’t commit. 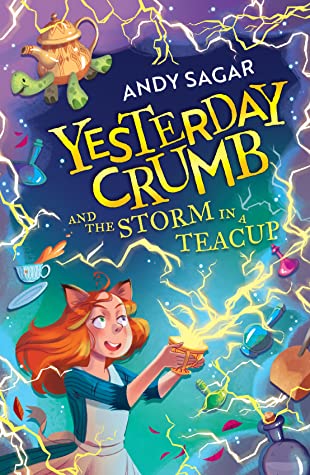 Yesterday Crumb is no ordinary girl. She was born with fox ears that have cursed her to a lonely life working in the circus and her origins are a complete mystery. But she is about to escape into the adventure of a lifetime when she learns that she’s a strangeling who’s lost her magic.

Taken in by Miss Dumpling the flamboyant tea witch, Yesterday is introduced to a magical, walking teashop filled with fantastical customers, a flying teapot turtle called Pascal and powerful spells in every teacup!

Yesterday starts to rediscover her magic and to feel a sense of belonging. But a mysterious figure of darkness is working hard to ensure her new life comes crashing down – and it all starts with a deadly shard of ice in Yesterday’s heart…

But there’s nothing that can’t be solved with a pot of tea, a slice of cake and a BIG dash of magic!

The first in a new fantasy series for readers aged 8-12, about a girl with fox ears who has never fitted in. With adventure and magic in every teacup, this is perfect for fans of The Strangeworlds Travel Agency and Starfell.