Welcome to the swoony blog tour for Big Wild Love Adventure by Julianna Keyes! I am so hyped to be part. Reality Show, romance, and exciting challenges. I am in! You can expect a review coming whenever I have the time to read, haha.

For today’s post I got a giveaway (you can win a digital copy of the book), an excerpt, and book/author information.

Let’s get started on this tour! So excited to show you all about this book. 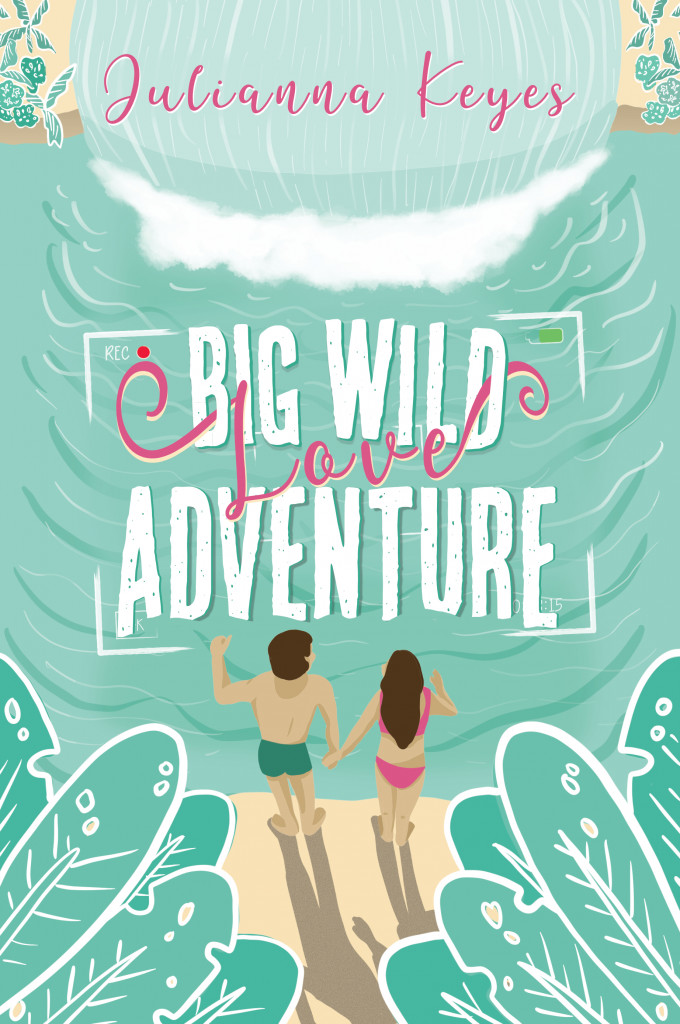 After being ditched at the altar, Emmy Shaw’s heart, like her dented food truck, is definitely not open for business. Deeply in debt to her parents and evicted from her apartment, she takes a friend’s drunken dare and fills out an application for a new dating-adventure reality show. She never expects to be chosen—or to get a chance at the show’s huge cash prize, which could put her life back on track.

But when she’s abandoned in the middle of the jungle two months later wearing only a bathing suit and a backpack, she questions if being on the show might be even worse than the #emmytrashtruck hate brigade she left back home. Then she meets her fellow cast members—including sexy, inscrutable Wes—and starts to reconsider, wondering if maybe money’s not all she stands to gain from this experience.

After a year of abysmal failures, this summer of cave treks, jungle hikes, impromptu talent shows, and a sexy flirtmance turns out to be just the thing to help Emmy rebuild her shattered confidence. She signed up for the show to hide from the mess her life had become, but this escape from reality might be just what she needs to find herself.

Julianna Keyes is a Canadian writer who has lived on both coasts and several places in between. She’s been skydiving, bungee jumping and white water rafting, but nothing thrills—or terrifies—her as much as the blank page. She loves Chinese food, foreign languages, baseball and television, though not necessarily in that order, and writes sizzling stories with strong characters, plenty of conflict, and lots of making up.
When not helping characters fall in love, she sometimes kills them in thrillers and suspense stories written as Elaine Murphy: www.elaine-murphy.com

Everyone looks amazing as we wait in the field, which has been transformed into the elimination pavilion. There’s a wooden platform where we all stand, men on one side, women on the other, backed by a large wall with an enormous heart made of roses. Kip stands before us, his teeth stark white even in the dark, with a large pink trunk next to him. Off to the side is a gazebo ringed with flowers and fairy lights and boasting a large sign that reads LOVE SHACK.

The producers had already explained some of what to expect tonight, but for the sake of the viewers, Kip goes over the rules with us while the cameras roll. The longer he talks, the more jittery I get, and I know I’m not the only one. Sweat trickles down the small of my back and behind my knees, and my stomach keeps trying to claw its way up my esophagus. I’ve been here an entire week and we’ve yet to have a challenge with a cash prize, and I really don’t want to leave with nothing.

It finally dawns on me that the pavilion floor has been painted with high gloss blue shellac to represent water. Flames from nearby tiki torches reflect off its surface, bringing it to life. Around us, the jungle murmurs quietly, like it too, is trying to figure out just what the hell we’re all doing here.