Welcome all to the Book Blast for Small Town Prince Charming by Megan Slayer! I am excited to be part of this second chances romance book featuring theatre, a small town, and more~ It sounds wonderful and adorable.

For today’s post I got an excerpt, book/author information, and a giveaway (featuring a fun prize pack with a bracelet + necklace made by the author). 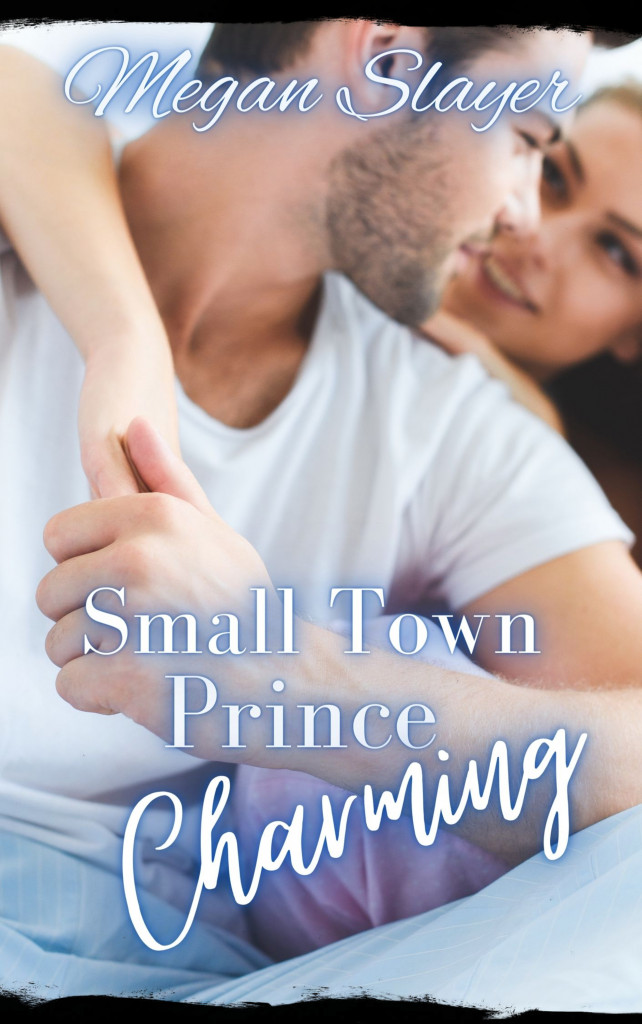 Can a high school romance that never happened have a second life in a small town?

Tracey Baker got out of Blakes Creek to find her purpose in life. She found it in the theatre scene in New York, but after ten years, she’s ready for a change. Working for the community theatre in her hometown is just what she needs—until she sees Ryan Greene.

Ryan Greene crushed on Tracey Baker in school, but he never thought she’d come back to Blakes Creek. When he sees her at the theatre, he’s determined to win her heart. His daughter Maisey is just as determined. She likes Tracey and sets out to prove her dad is Tracey’s Prince Charming.

Love might conquer all, but with the eyes and ears of the town focused on their relationship, Ryan and Tracey will have to prove they can set the stage alight together.

Megan Slayer, aka Wendi Zwaduk, is a multi-published, award-winning author of more than one-hundred short stories and novels. She’s been writing since 2008 and published since 2009. Her stories range from the contemporary and paranormal to LGBTQ and white hot themes. No matter what the length, her works are always hot, but with a lot of heart. She enjoys giving her characters a second chance at love, no matter what the form. She’s been nominated at the LRC for Best Author, Best Contemporary, Best Ménage, Best BDSM and Best Anthology. Her books have made it to the bestseller lists on Amazon.com.
When she’s not writing, Megan spends time with her husband and son as well as three dogs and three cats. She enjoys art, music and racing, but football is her sport of choice. She’s an active member of the Friends of the Keystone-LaGrange Public library.

“Ryan?” Tracey held a clipboard and one of the glittery chorus girl dresses. “Do you have a second?”

“I’m good. Busy. You seem busy, too.” She smiled. “You’re doing well with the sets. I can’t wait to see them in action.”

“Thanks.” Was he blushing? The tips of his ears burned. “The costumes looked good. I haven’t seen them all, but I bet they’re great.”

“Oh, they’re not done yet. I still have to get everyone fitted properly and figure out where to add more glitz like Derek wants.” She fiddled with the garment in her hands. “I wanted to talk to you about Maisey.”

“What did she do?” He steeled himself for her answer. Maisey could tell tales and made things seem worse than reality. She craved attention, too.

“It’s not anything she did.” Tracey left the stage and strode out to the audience. “Here. This is less invasive. No, it’s what happened.”

“What happened? Did she try to set us up? She thinks I need another wife.” Shit. He shouldn’t have said that. “Sorry.”

Tracey paled. “Another? How many have you had?”

“One. Carol. It didn’t work out.” He shook his head. “Honestly, I’m not looking to date anyone.” He could be convinced if the right woman asked him on a date—like Tracey.

“Uh…she didn’t say anything about a date or a wife.” Tracey fumbled with the dress and perched on one of the seatbacks. “No, she was wearing another girl’s costume because the other girl wanted Maisey to be able to dance in the performance.”

He wobbled onto the seatback one aisle behind hers. “Come again? Maisey did what?”

“Maisey wants to dance, and she’s in the class showing she can do it. One of the girls, a friend, gave her the wrong costume—the friend’s—so Maisey wouldn’t have to pay for it and could participate. I asked Maisey, and she said her dad couldn’t afford for her to dance.”

He had to be honest, but he hated the embarrassment. “I work two jobs, and I don’t have the time or money for dance. I barely keep us fed.” He tried to hide his shame. Tracey didn’t need to see him upset. If he hadn’t been saddled with Jessica’s debts, he’d be better off.

“Do you mind if she takes part in the recital?” Tracey asked. “I saw her practice with the other girls, and she’s good. She deserves to dance. She’ll have a costume, if you’ll let her, since I took her measurements. Actually, she’s already got one.”

“How much?” He’d have to shuffle a few things to find the money, but he had to give Maisey this.