Welcome to a big and shiny and sparkly Library #2+#3 Haul! Eep! So many books!

It was that time again. My husband and I were both pretty fried from a busy week, but the books really needed to go back and so we just had to go. In the end I am still happy I went. I mean, I am even more tired now and probably will not wake up tomorrow (well except to sell those camping beds as a seller is coming by), but I got so many good books!

Library #3 was up first. Tons of chaos as they are still mid renovation/moving/etc. and so I had to figure out where to go now for books + to bring the books back. And later, where some of the categories went. It was a pretty good haul, I found some very interesting and fun books. No comics this time, I just didn’t have clue where those went, haha and wasn’t in the mood to ask. XD Sadly, my good visit to the library was ruined thanks to the librarian there. Long story short, I was right, and she wasn’t. A book was REALLY not scanned off my card but WAS put back in the carts behind them. I would have liked to get an apology because she treated me like an infant instead of an adult woman who knew very surely that she had brought that specific book back. Thanks to my husband who stormed right in when he saw his wife outside in tears and full of stress/panic.

Library #2 next! Much better experience. XD I am so excited that this library is adding manga, ENGLISH manga even. Though I do hope that they will be adding the rest of the series as well, because now someone just added random volumes. I sent in a mail asking about it/requesting the rest, so here is to hoping more will come in. For now I brought home a few despite them not being in order, but I will just get the other volumes from Google Play or Comixology (or however you spell that). I really wanted to show the library that I am excited about them adding manga, I know that borrowing books shows them people have an interest. Didn’t have a lot of reservations this time, just 14, but I found several other fantastic book both new and older books at several places of the library, and I am super duper excited about them. Especially the horse comic (Te Paard) but also about the two LGBT YA (in English, bless them). does a happy dance 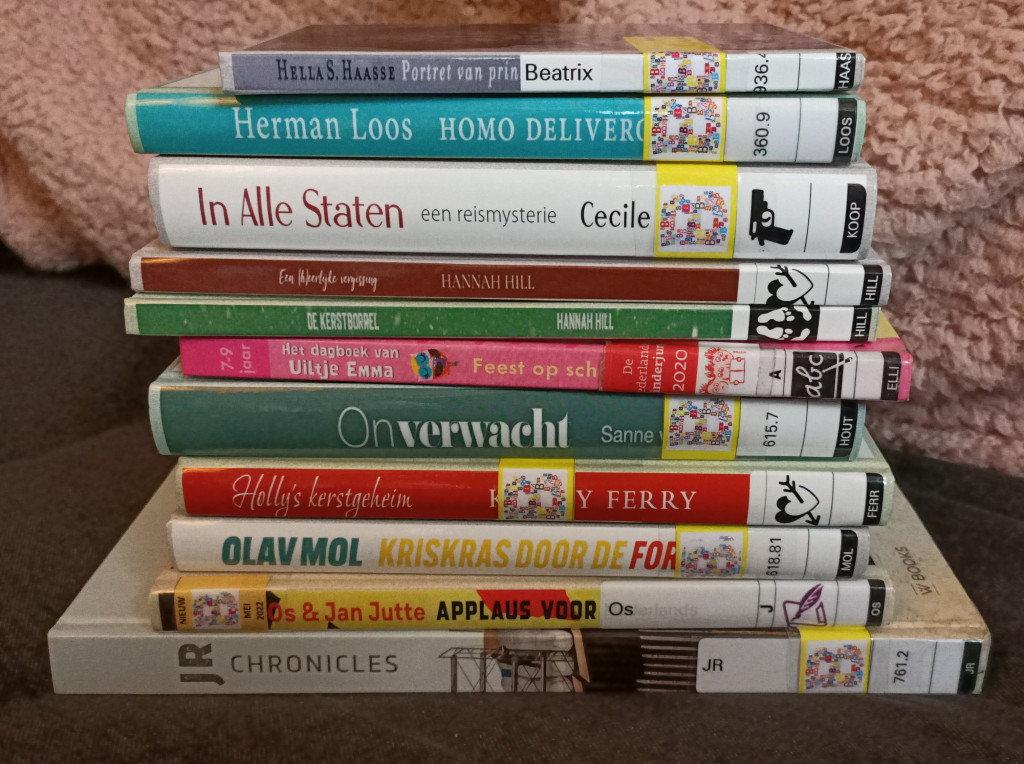 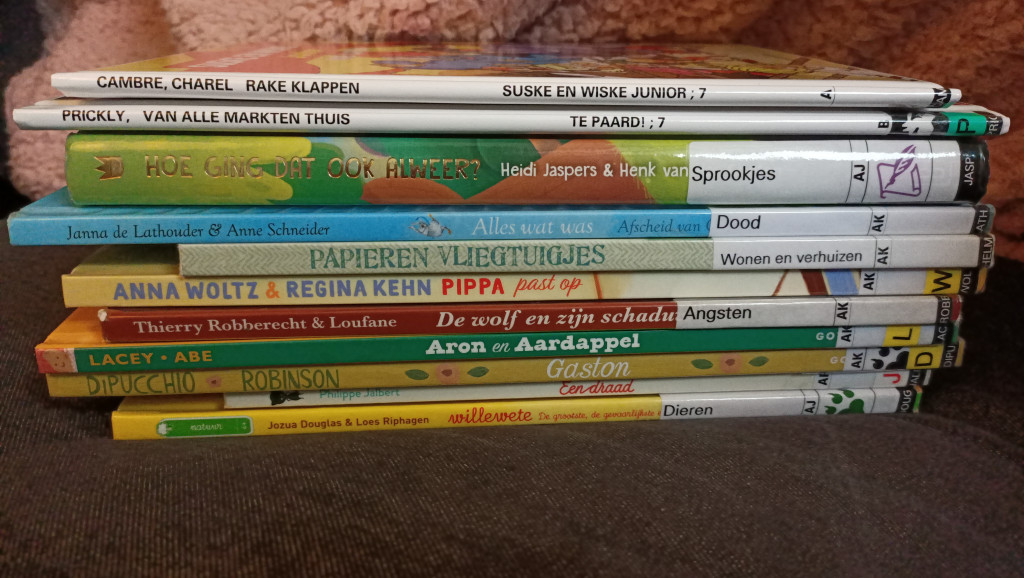 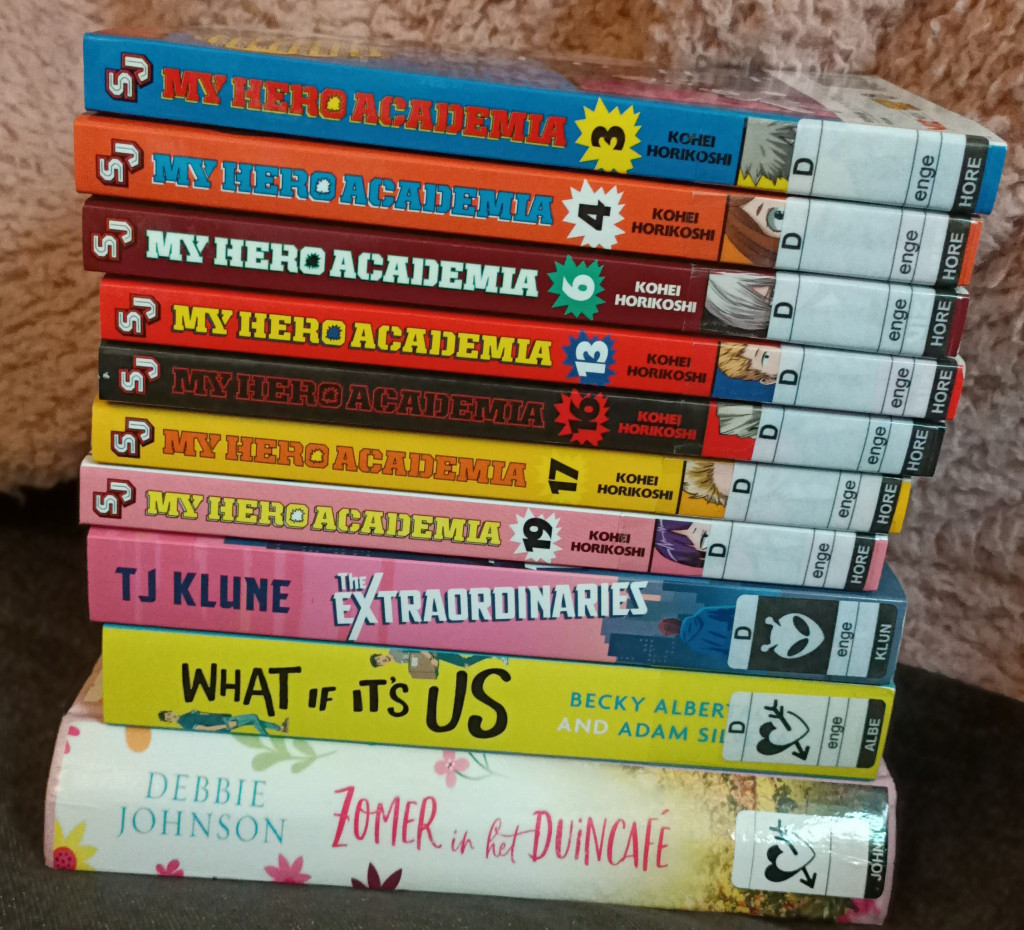 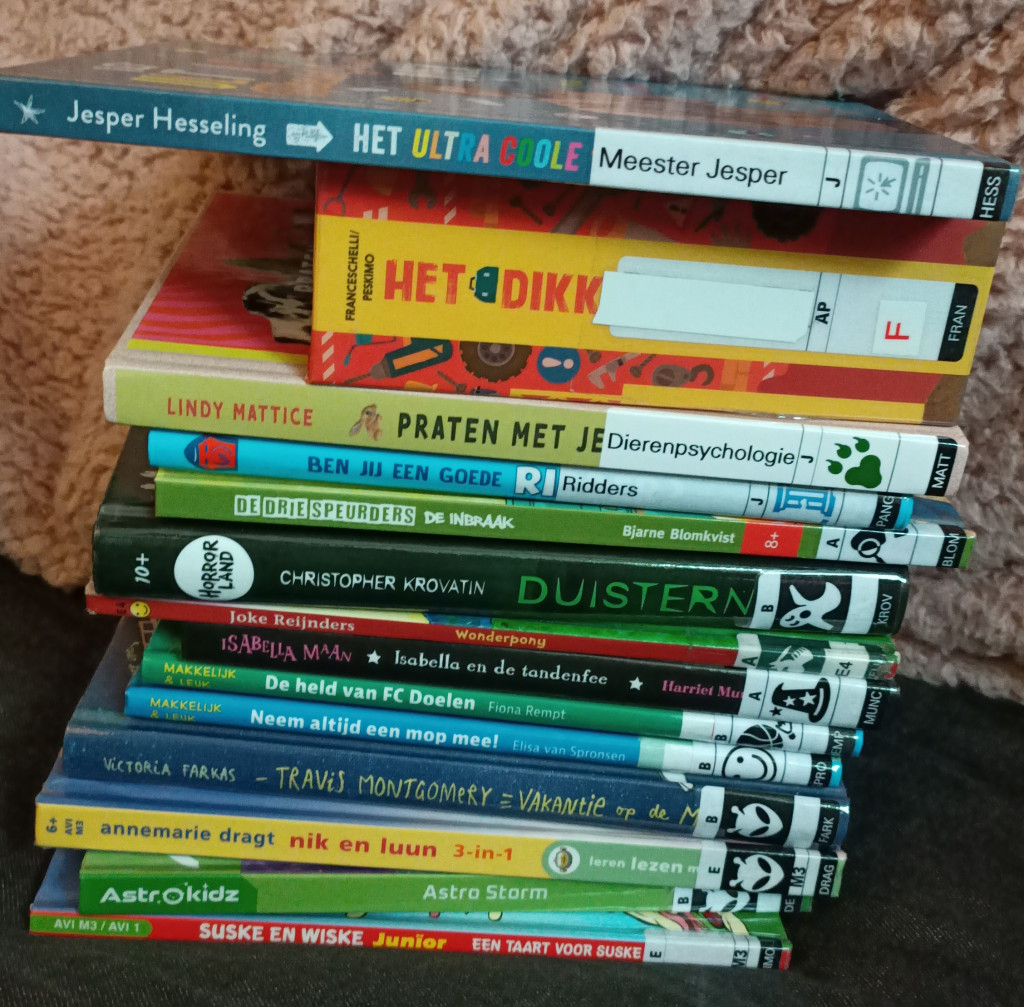