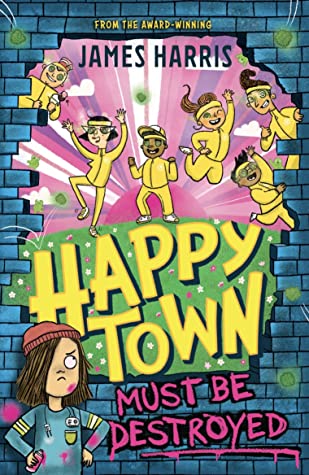 A snotty-happy-go-lucky book featuring tons of hilarity and fun! Oh and aliens!

NOTE: this review is going to be very confusing (and long) haha, it already took me 4 days (read this one May 23rd and writing this review May 27th) to get to writing something. XD

Leeza was such a brilliant character. OK, her indecisiveness was a tad on the annoying side, I mean at first it was OH lord girl, just pick, and after a while I was like, girl… you are in an alien-invasion-scenario now is NOT the time to just think about what to do. Now is the time to do. Go. But I warmed up to her and I loved how she did her best for her friends, family, and town. I loved how she tried to figure out what to do to save the world. How she made elaborate plans and tried to figure out how to execute them. I loved her friendship with Ishy and how she tried everything to save him earlier in the book when he was taken by aliens. Plus, I am always happy to see a character with allergies in a book. I don’t have that beep beep machine she has (never heard of it until now), but I do have enough allergies to sneeze my way through spring (and often other seasons as well) not to mention all the food stuff I cannot eat.

Ishy was a pretty fun character. I loved how silly he was and how he did some weird things just to see if he could. He was definitely a great friend.

I had such a laugh that everyone brainwashed by the aliens was wearing the same colour, apparently that changes per town (yes, this is not the first time these aliens have come round). I mean, it does make it easy to see who is brainwashed and who is not.

I loved the message in the book. Yes, life isn’t going to be hahaha and hihihi and fun everyday, but you have to find your own happiness instead of relying on others, in this case a very OMG YAS alien. This happiness is fun, and I can imagine that people are sad when this happiness (aka the alien) is removed, but do you want to have an alien in your head forever? Not being able to do anything but what they want? I don’t know, that doesn’t sound like happy to me. I know at the moment (writing this just a week after my grandma died) I am not happy, but I would rather make my own happiness again then put something up my nose.

G-dog wasn’t my character at first, I just wanted to yeet him in a bucket of ice cream for quite a bit of the book, but he later on showed some sides that I hope he will show some more. Stop being a dick, start being kinder. I get that you aren’t that happy, but that is no valid reason to bully someone. To tease people. To make harmful comments. I will keep it at that, though I would like to say more.

The ice cream men? Why didn’t they do a better job at figuring out things? I mean, seriously? In this book a what 12 year old discovers what is going on, kicks some butt and figures things out in just mere days while you guys are at it for I don’t know how long and apparently the only things you do is being rude and mean and freeze everything. I was so looking forward to some kick-ass ice cream men doing awesome things, but here I just wanted to encase them in ice. Also question, can you still unfreeze people? I am guessing yes, given the ending, but I would have kinda liked to see that happen.

The ending was a delight! A feast! I laughed~ I oooooohhheeddd! I aahhhhheedd! I cheered and rooted for the characters! I loved the aliens! It was a brilliant ending and I am also happy we got an addition epiloooog (which is just one letter too much otherwise it would be a proper word in my language).

I loved the little extras between some of the chapters. The advertisements, the extracts. It was just a lot of fun, though I was expecting someone to figure that out as well, for now it seems no one is onto it. I am keeping this as vague as possible. Teehee.

Bonus points go to Charlotte. OH MAN, that girl. Don’t come between her and education. XD

More bonus points to great references to all sorts of things. Like the Daddy Cool thing.

I think the only thing that could have made the book even more awesome was illustrations. There are now some small bits as chapter headers, but I would have liked to see much more~

All in all, are you looking for a funny book? Featuring silly aliens and someone going very far because of a silly thing? Do you like dancing? A good message? Then read this one!