A big goth welcome to the Blog Tour for Goth Girl, Queen of the Universe by Lindsay S. Zrull! I am very excited to be part of the tour~ 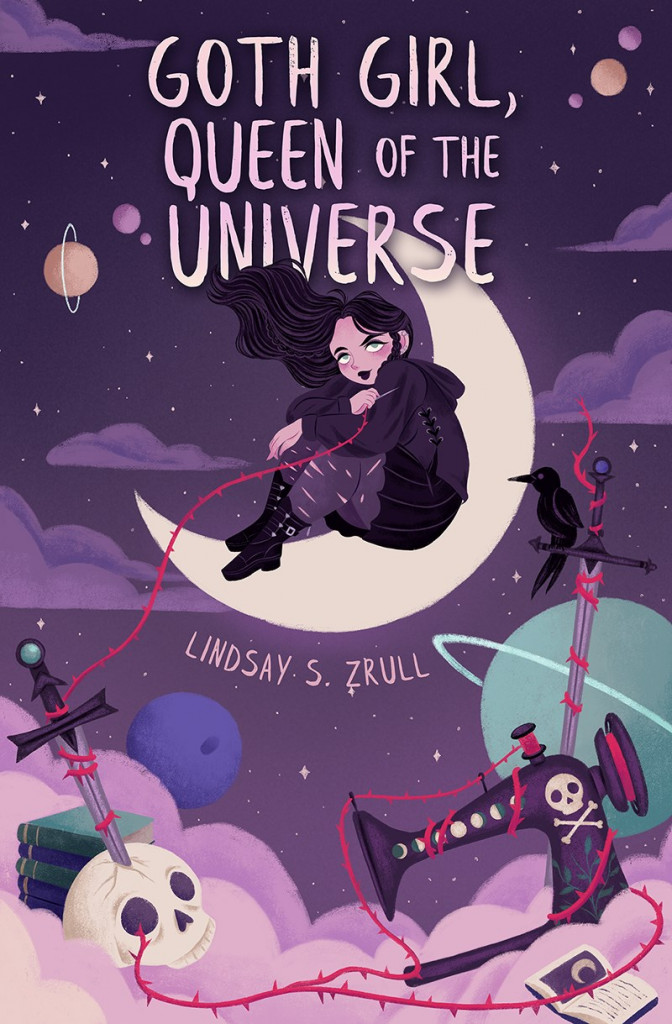 Bounced between foster homes since the age of seven, Jessica knows better than to set down roots. Most of the kids at her new Michigan high school think she’s a witch anyway (because, you know, goth). The only one who gives her the time of day is geeky Oscar, who wants to recruit her fashion skills for his amateur cosplay group. But Jess is fine showing off her looks to her Insta fans—until a woman claiming to be her biological mother barges into her DMs.
Jess was claimed by the state when her bio mom’s mental illness made her unstable. While their relationship is far from traditional, blood ties are hard to break. There’s only one problem: Jess can’t reunite with her mom in New York City without a bunch of paperwork and she worries her social worker will never approve the trip. That’s when she remembers Oscar’s cosplay group, which is aiming for that big convention in New York . . .
So, Jess joins Oscar’s team—with every intention of using them to get to her mom. But her plan gets complicated when she discovers that, actually, cosplay is pretty great, and so is having friends. And Oscar, who Jess thought was just a shy nerd, can be as gallant and charming as the heroes he pretends to be. As the big convention draws near, Jess will have to decide whether or not chasing a dream of “family” is worth risking the family she’s built for herself.

Lindsay S. Zrull is a former foster teen and current book nerd. She graduated from the University of Michigan with a Master’s degree in Library and Information Science and earned a second Master’s degree in Creative Writing from Harvard Extension. Goth Girl, Queen of the Universe is her first novel.