A big warm welcome to the Book Blitz for A Little Wilder by Serena Bell! does a happy dance

For today’s post I got several teasers, an excerpt, a giveaway, and of course book/author information. Yep, this post is PACKED!

Let’s get this blitz started! Whoo! 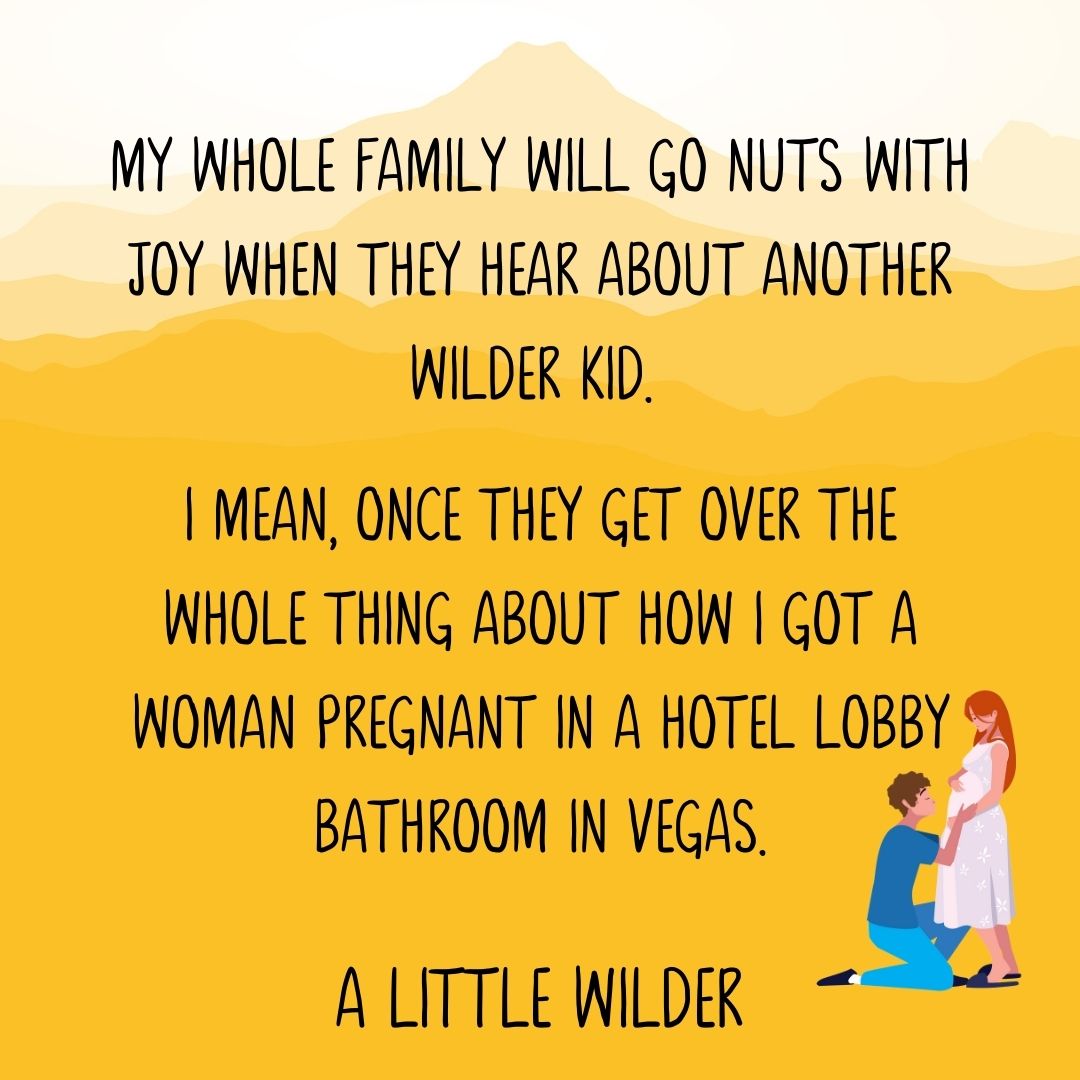 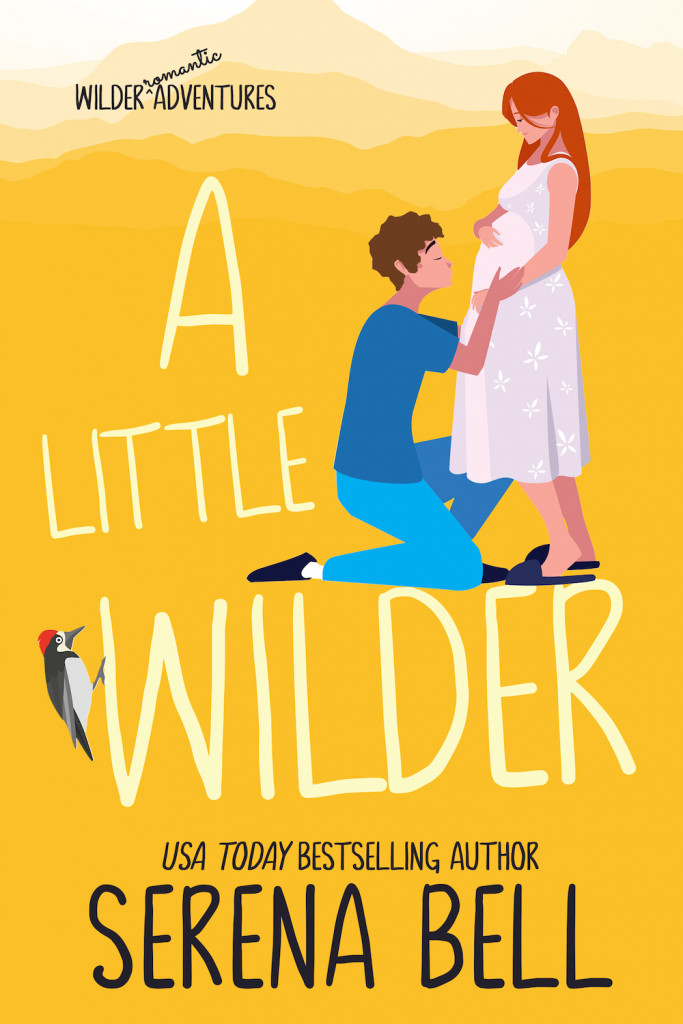 What happened in Vegas? Definitely didn’t stay in Vegas.

Don’t get me wrong. It’s not a bad job. But usually, I’m not the one people are talking about.

That’s about to change. Because the woman I had a smoking hot one-night stand with in Vegas? The one I should have stayed far, far away from, since women like her are my kryptonite?

I haven’t seen her since Vegas, but the instant I lay eyes on her, I can tell my quiet role as the boy-next-door brother is about to change. 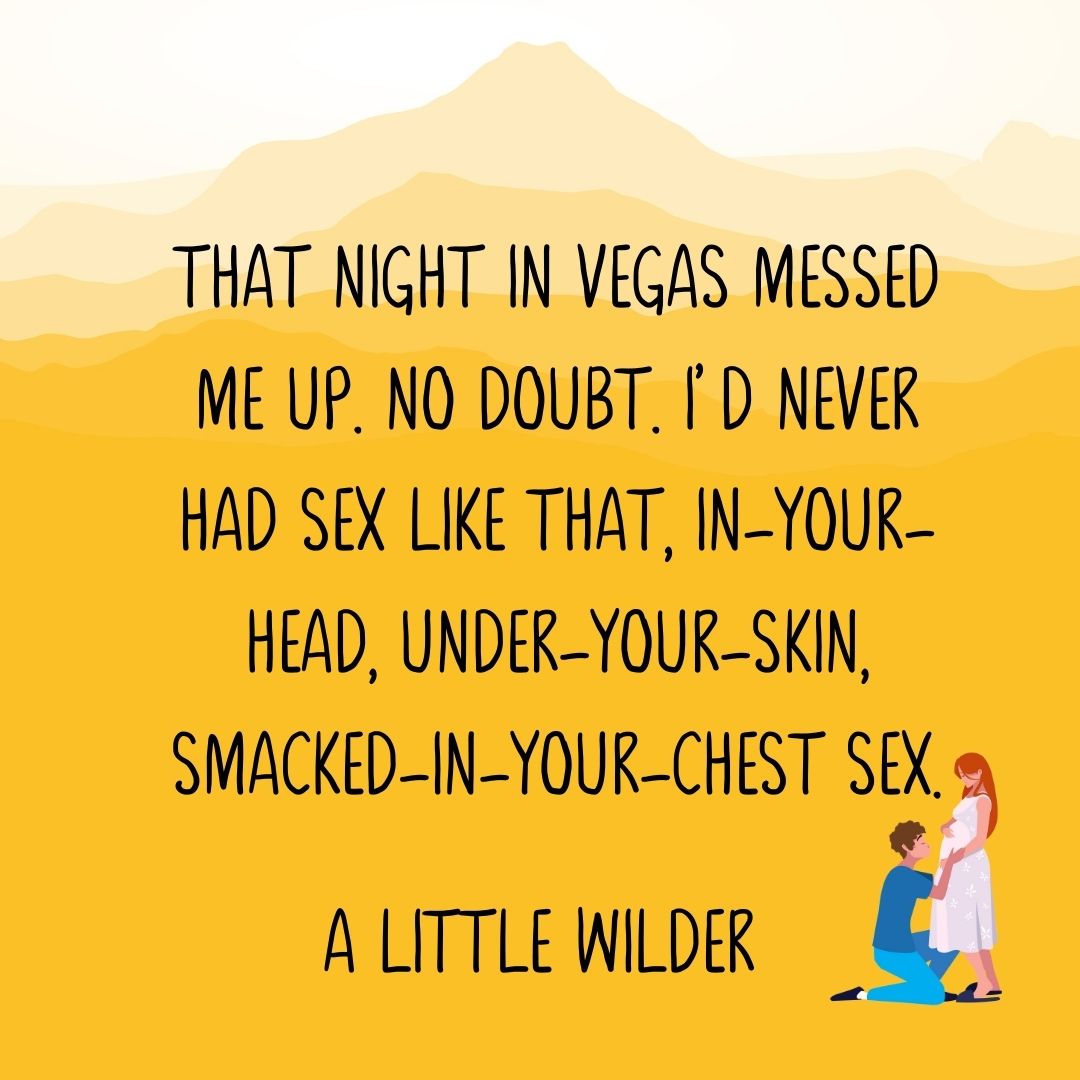 USA Today bestselling author Serena Bell writes contemporary romance with heat, heart, and humor. A former journalist, Serena has always believed that everyone has an amazing story to tell if you listen carefully, and you can often find her scribbling in her tiny garret office, mainlining chocolate and bringing to life the tales in her head.

When not writing, Serena loves to spend time with her college-sweetheart husband and two hilarious kiddos—all of whom are incredibly tolerant not just of Serena’s imaginary friends but also of how often she changes her hobbies and how passionately she embraces the new ones. These days, it’s stand-up paddle boarding, board-gaming, meditation, and long walks with good friends. 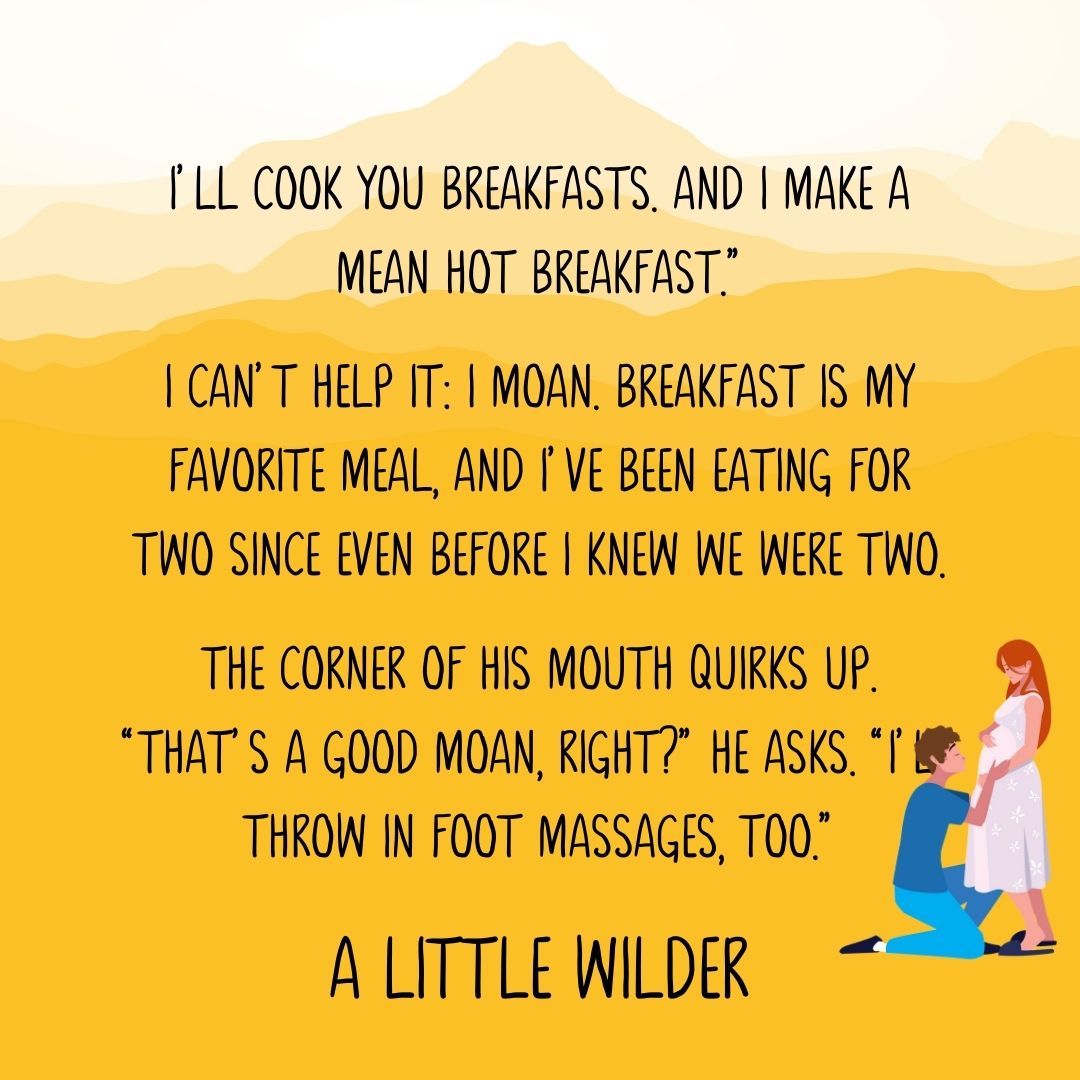 There’s a knock on Bernadette’s door.

It pulls me out of deep concentration on the trailer project and sends a small thrill of anticipation up my spine.

It’s gotta be Kane. It’s not like I get visitors.

I haul myself off the couch—an increasingly challenging undertaking. Even though I know it has to be him, I peep out. One of the awesome mods on Bernadette, courtesy of her previous owner, is a peephole, which is super useful when you’re a single woman on the road alone.

And even though I know it has to be him, I still feel a surge of pleased surprise when I see his face.

Holy shit, he found it.

I yank open the door and have to stop myself from snatching the cake out of his hands. Or throwing my arms around him and hugging the crap out of him. “Where did you find it?”

He stops, appearing to think better of whatever he was about to say, but it’s too late. I know where that sentence was going.

“Amanda helped,” he says, like that’s going to take anything away from a six-foot-something built-like-a-God man who bakes Boston cream pies.

“Aaaaahhhh!” I cry, overcome. “You are a saint and a genius.”

He tries to bite back a smile. “I think you’re overstating things a little.”

“No,” I say, shaking my head. I have been fantasizing about yellow custard, soft yellow cake, and chocolate ganache nonstop since before I knew Kane had planted this baby in me. “Come in. You have to have some, too.”

“It’s all for you,” he says. “I wouldn’t take any of your special treat. Your presentation was fantastic. You deserve all the cake.”

This guy. I swear. He was too much in Vegas, when all I knew about him was that he asked real questions and knew how to use his body for both good and evil. Now…
“Well, come in anyway.”

He hesitates again, then follows me in, setting the cake on the counter. I wash my hands and take two small plates down from the cabinets. I grab two forks from the utensil drawer and two mugs from the overhead hooks. “I don’t have coffee—” I gesture at my belly, “—but I have tea, milk, or water.”

I wrestle the cake carrier open and cut into my prize. My mouth waters as I do. It’s so—
Not gonna say moist, but holy shit, it soooo is.

We sit at Bernadette’s little pink dinette table. I’d forgotten how small this table is with two people at it. Or maybe it’s how big Kane is; his knees touch mine, and his arms cover so much territory, even with his hands folded. I force myself to look away because staring at close range is both rude and dangerous.

His eyes are very, very blue.

It’s soft. Moist (again, sorry!). Tender, springy. The custard is cool and smooth on my tongue, the ganache dark and flavorful.

Kane grins at me, like he’s pleased, though there’s something else in his expression I can’t quite read. “I did good?”

“You did amazing. So good I could kiss you.”

One eyebrow goes up, but he only says, “How does it rate among the Boston cream pies of the world?”

“It’s up there. Although pregnancy might be biasing me.” I lick a bite that’s mostly custard from my fork, and catch a glimpse of Kane’s face. His eyes are… interested. I lick again, for good measure, and notice the muscle in his jaw tense.

A ripple of tension slides down the lower slope of my belly and lodges itself in my internal muscles. In their constantly primed state, they… quiver dangerously.

The next time I look at him, Kane’s eyes are on my chest. I’m wearing a flowy green maternity dress with a low scoop neck, and, why, yes, it does show off my newly ridiculously huge boobs to excellent advan—

He reaches out. “Some cake—”

His finger almost touches the upper curve of my breast, and, oh, whoops, yes, that is cake on my boob. I use my own finger to scoop it up, then lick it clean.

I hear the moment the breath leaves Kane’s lungs.

I see the moment his gaze travels from my chest to my mouth, when it fixes on my finger, sliding between my lips. The moment it sticks, and stays, right there on my mouth, even as my hand drops away.

His voice is hoarse.

Then he’s leaning over the table, setting his mouth over mine, hot and unhesitating and so, so good.